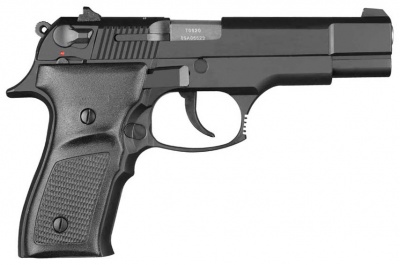 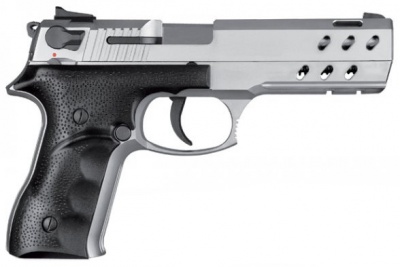 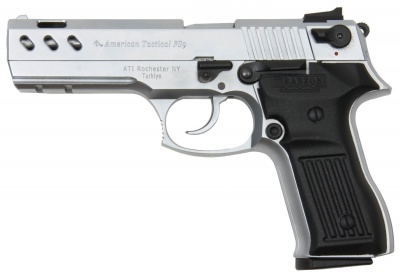 The TiSAS Zigana pistol is manufactured by the Turkish firearms manufacturer Trabzon Silah Sanayi AŞ (TiSAS) and based on the German Walther P88 Compact. The Zigana is available in a large number of variants and calibers (9x19mm being the standard), including the original M16 service pistol, long barrel, compact, and accurized sport variants. It is offered with satin chrome, black, or two tone finishes. A version of the pistol with an underbarrel rail and vented slide (but not frame) is imported into the US by American Tactical Imports as the CS9/FS9 (Compact/Fullsize respectively) and is available in sport (compensated barrel and target sights) and standard versions.

Fire Modes: Semi-Automatic (Semi-Auto/Full-Auto as an option on Zigana F)

The TiSAS Zigana and variants can be seen in the following films, television series, video games, and anime used by the following actors: