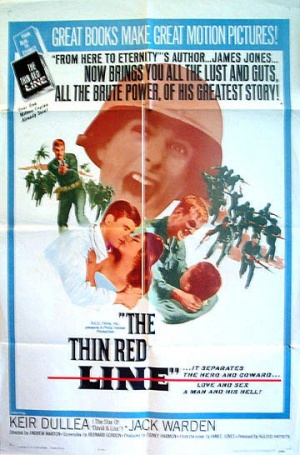 The Thin Red Line is a 1964 WWII film which was the first feature film adaptation of the James Jones novel of the same name. The film focuses on the men of Charlie Company during the Battle of Guadalcanal in the Pacific. Many characters and situations from this film were also included in director Terrence Malick's 1998 adaptation of the novel. The film was shot in Spain, which explains why not a single Japanese weapon was featured despite taking place in the Pacific Theater. The film's title derives a quote from Jones's book which reads, "they discover the thin red line that divides the sane from the mad... and the living from the dead..."

The following weapons were used in the 1964 film The Thin Red Line:

Pvt. Doll (Keir Dullea) is seen with a stolen M1911A1 at the film's beginning. Capt. Stone (Ray Daley) is also seen with the handgun. 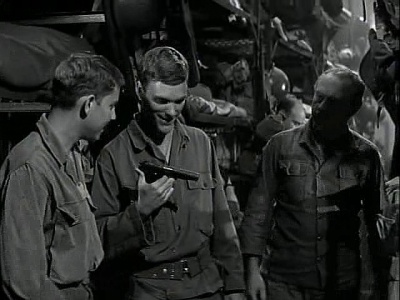 Pvt. Doll (Keir Dullea) is seen with a stolen M1911A1 at the film's beginning. 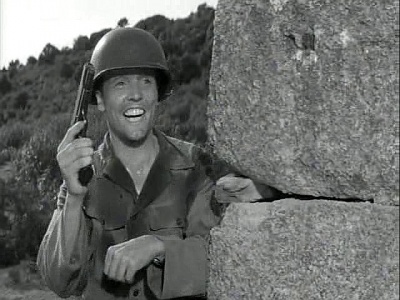 Capt. Stone (Ray Daley) is also seen with the handgun.

M1 Garand is the primary battle rifle used by the men of Charlie Company in the film including Pvt. Doll (Keir Dullea) and 1st Sgt. Welsh (Jack Warden). 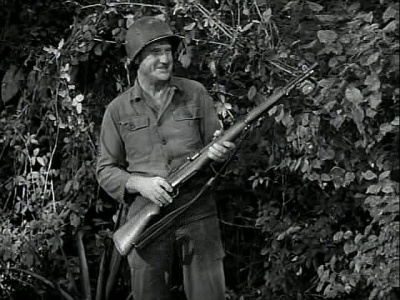 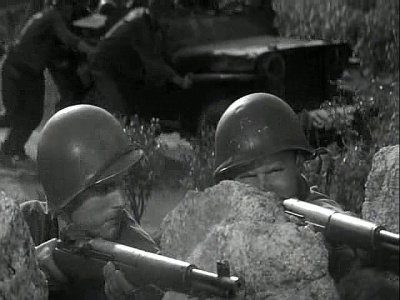 M1 Garand is used by the men of Charlie Company in the film including Pvt. Doll (Keir Dullea) on the left.

Japanese soldiers are seen using German Gewehr 98s as stand-ins for Arisaka Type 38 rifles. The film was produced in Spain, so it is likely that Japanese weapons were scarce, but German ones were not. 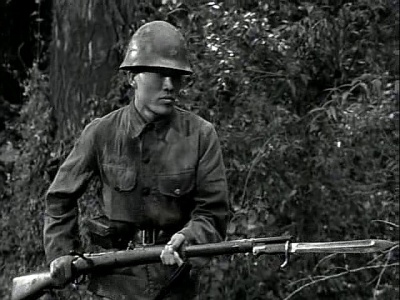 Note the Lange-Visier rear sight, upper barrel band and "butcher's blade" bayonet, which are all hallmarks of the Gew 98.

The MP40 is seen used by both American and Japanese forces in the film. The MP40 was primarily seen used by German forces in the European theater of the war and likely was utilized in this film due to its resemblance to the American M3 "Grease Gun". In reality, the Japanese didn't use much of any submachine guns, let alone German ones. 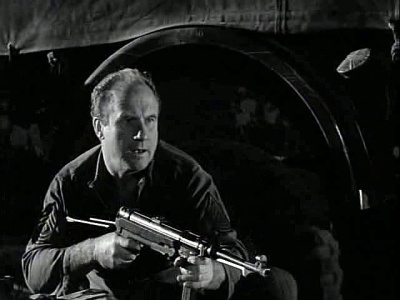 The MP40 is held by Sgt. Welsh (Jack Warden). The MP40 was not a primary weapon used by either US forces or the Japanese during the War in the Pacific. 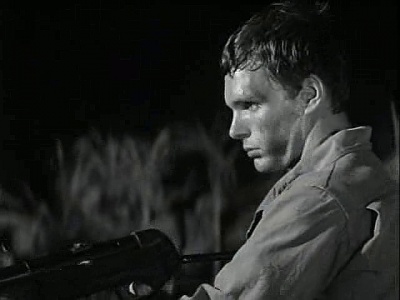 The MP40 is held by Pvt. Doll. The weapon was likely used due to its availability and that it bears a small resemblance to the American M3 "Grease Gun".

The Browning Automatic Rifle is also used by American forces during the battle. 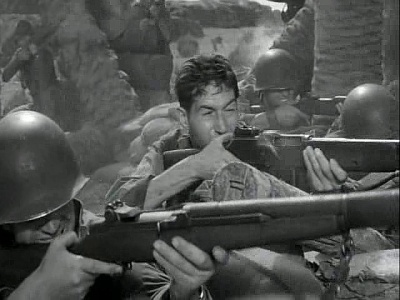 The Browning M1919A4 .30 caliber machine gun is used by both American and Japanese forces. 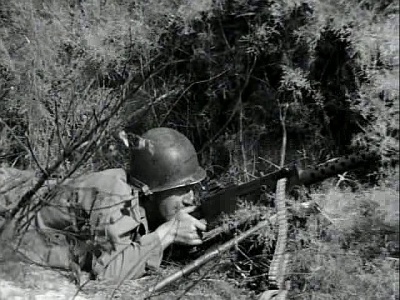 Japanese soldiers are also seen using a Madsen machine gun. The use of this anachronistic machine gun was likely due to its resemblance to the Japanese Type 99 Light Machine Gun. 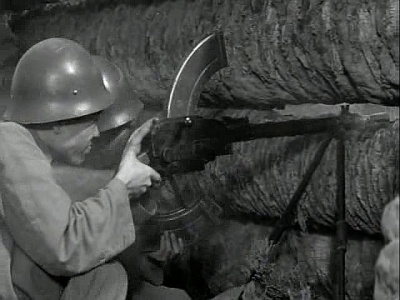 Japanese soldiers are also seen using a Madsen machine gun which is substituting for the Japanese Type 99 in the film.

Several US soldiers including Welsh and Doll are seen using MK II Hand Grenades when the Japanese stage a surprise attack on the American position. 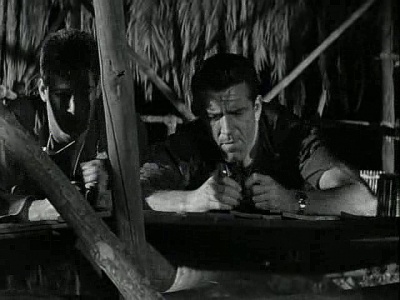