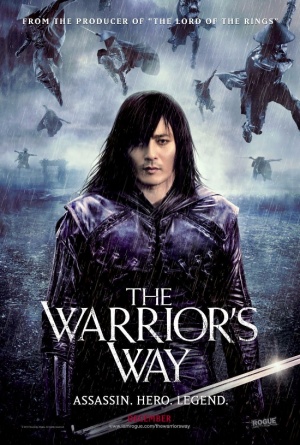 The following weapons were used in the film The Warrior's Way:

A Sharps 1874 Long Range rifle with a scope and a folding monopod is used by Ron (Geoffrey Rush).

The Single Action Army is carried by several of the men sent to find Yang (Dong-gun Jang).

A LeMat Revolver is carried by the Colonel (Danny Huston).

12 Gauge Double Barreled Shotguns are carried by several of the men to find Yang.

A Maxim MG08 Machine Gun is seen fired off the shoulder. Also seen fired from the hip on a harness by one of The Colonel's men.