The following weapons were used in the film The Surprise Guest (L'Invité surprise): 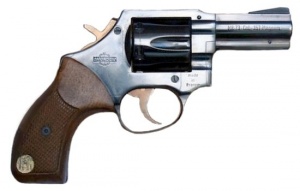 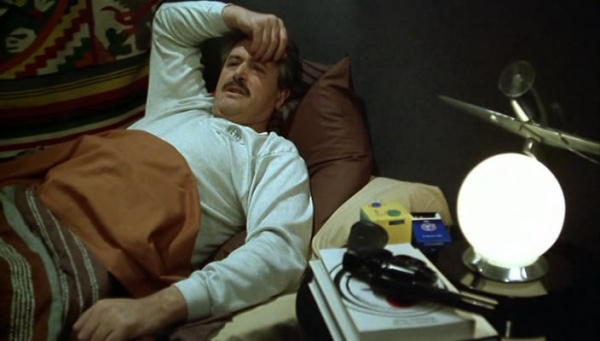 The revolver is seen on Charles' nightstand. 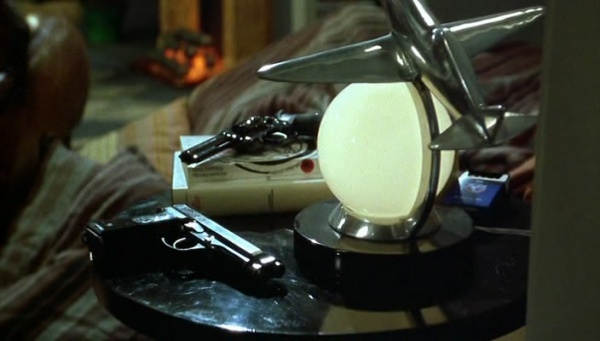 The revolver is seen on the table. 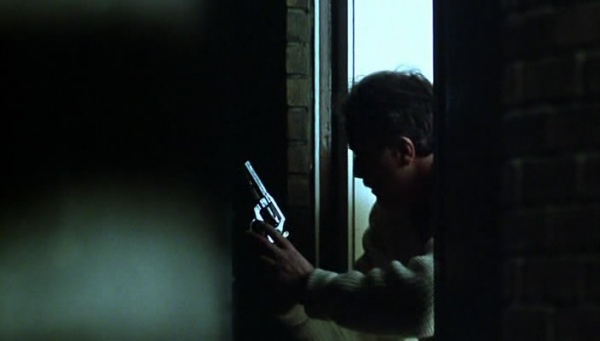 Charles pursues a gangster on the cellar. 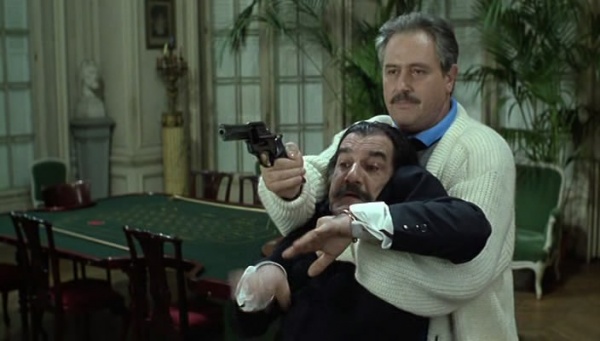 Charles breaks into the apartments of the boss of Italian gang.

In one scene Charles Mazzena (Victor Lanoux) gives a Beretta 92-style pistol to Martin Gaillard (Éric Blanc). The rounded trigger guard and the lack of the decocking safety on the right side allows to guess this pistol to be a Beretta 92S. 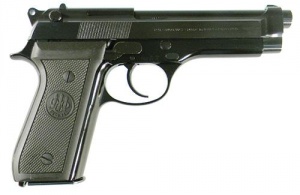 Beretta Model 92S - 9x19mm. This shows the right side of the pistol. 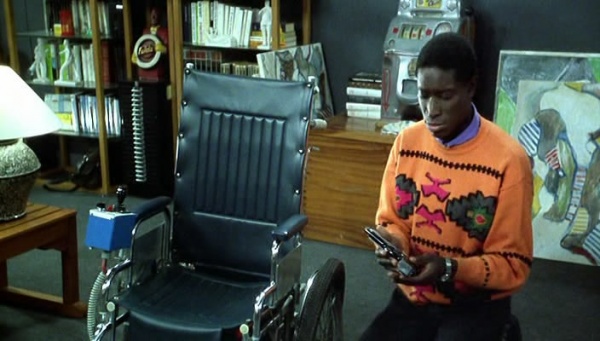 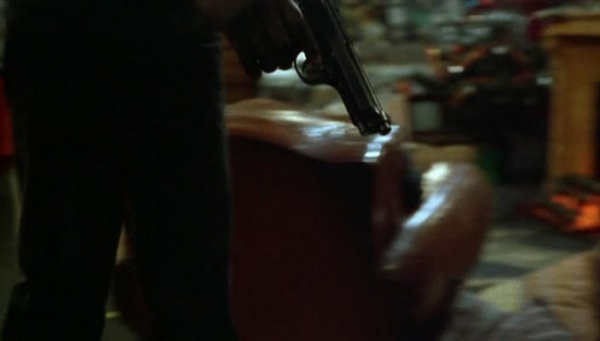 A close view of the pistol. Note the rounded trigger guard.

The pistol on the table. It seems to lack safety on slide and on frame.

In one scene Charles Mazzena (Victor Lanoux) takes a suppressed pistol from his weapon cache. It resembles a Heckler & Koch P9S but not in all features. 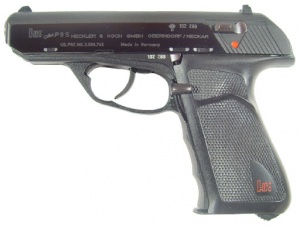 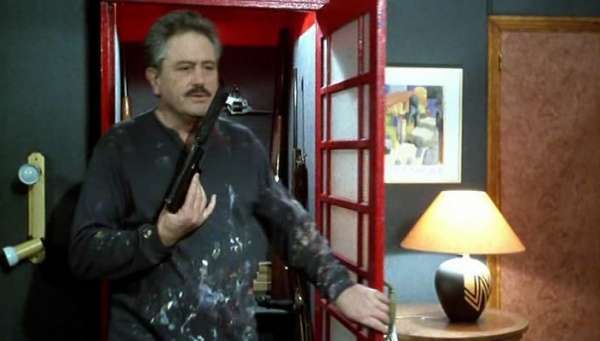 Charles takes the pistol from the weapon cache. 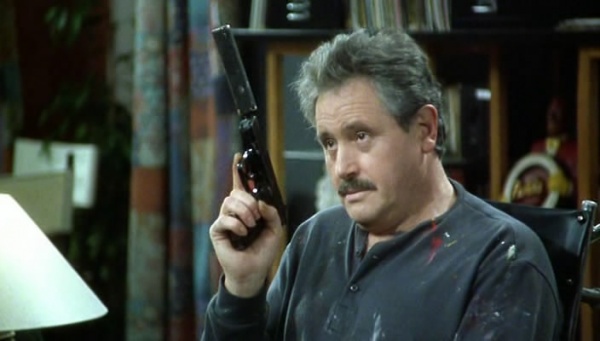 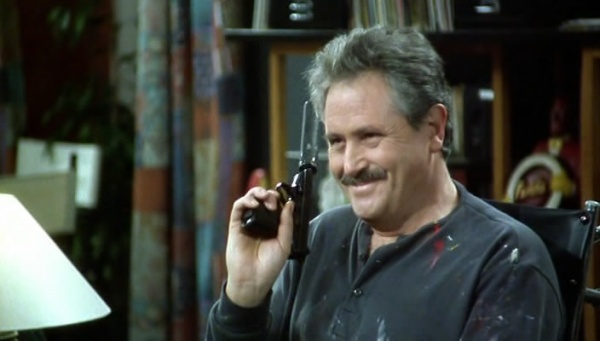 Various handguns, mostly revolvers, are briefly seen in some scenes. 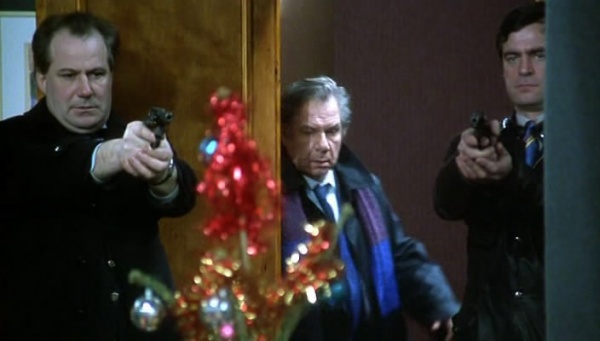 Two police detectives accompany Commissioner Le Bourreux (Michel Galabru). The one at the left holds a snub nose revolver while the one at the right is armed with a pistol, supposedly a Beretta. 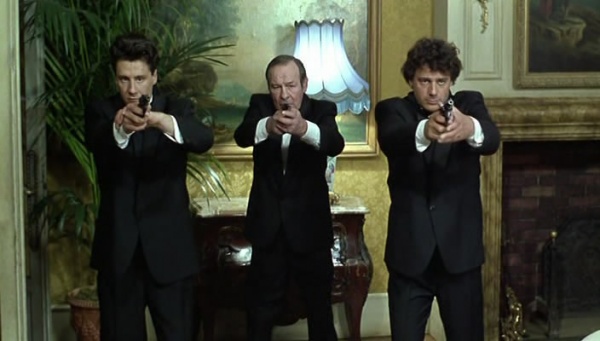 Three Italian gangsters aim their guns. The one in center seems to hold some midget gun while two others carry normal size revolvers. 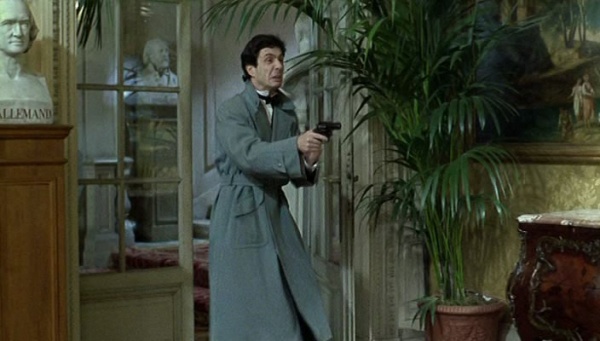 One more gangster with a revolver appears in the same scene.

In the opening scene an assassin fires a sawed-off Remington 870 shotgun. 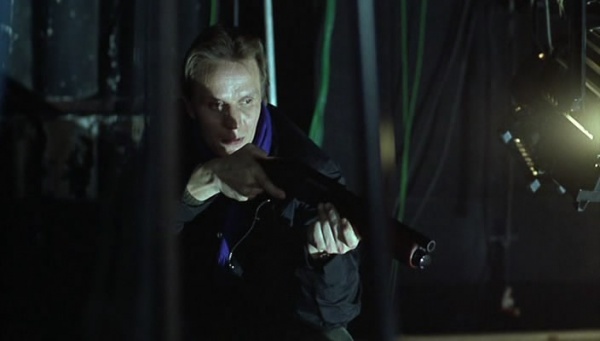 Charles Mazzena keeps a large number of firearms in his apartments. They can be identified only marginally. 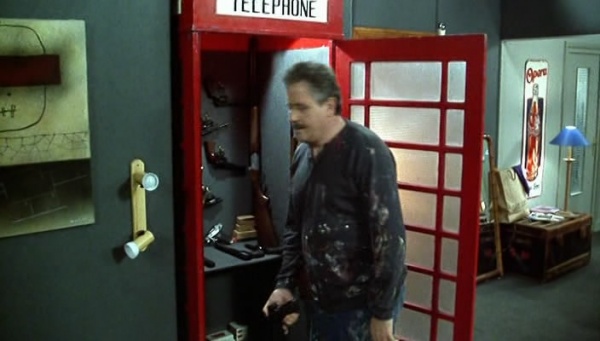 Inside the weapon cache we can see a double barreled shotgun (at the right) and several handguns, among which a Manurhin MR-73 (in center), a Walther P38 (above MR-73 revolver) and a bright nickel plated Luger P08 (on the bottom). 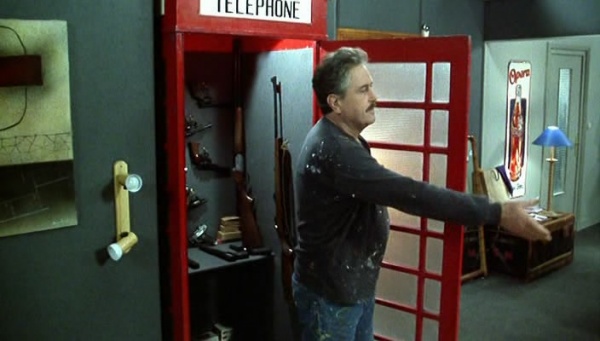 A bolt action hunting rifle is seen at the right, next to the shotgun. 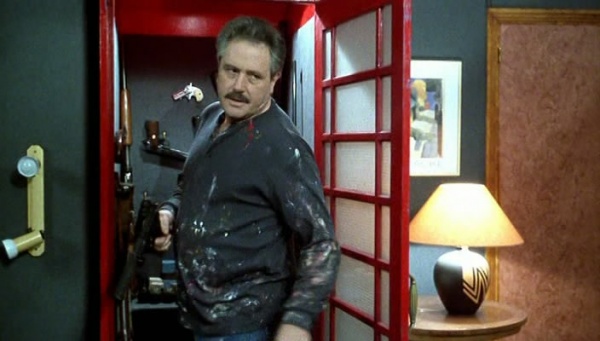 A pump action shotgun is seen at the left. Next to the shotgun is an M1911A1-style pistol and a nickel plated Derringer with ivory grips on top.

A revolver is seen over Charles' shoulder. It appears to be a top-break model, most likely a Webley Revolver. 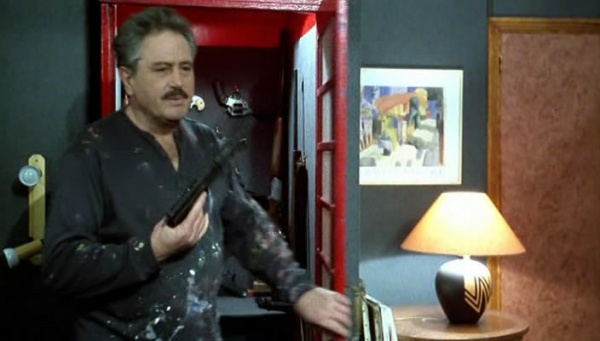 The grips of derringer and top-break revolvers are seen. 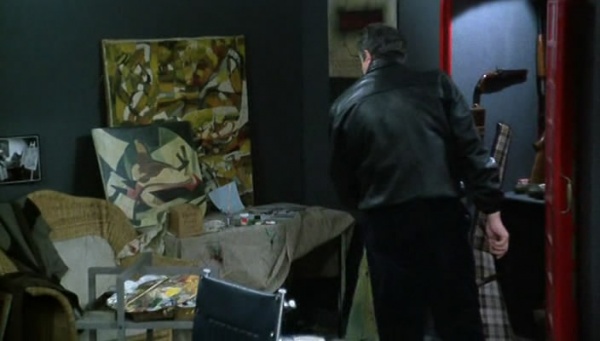 A sawed-off double barreled shotgun is seen on the wall of the weapon cache. 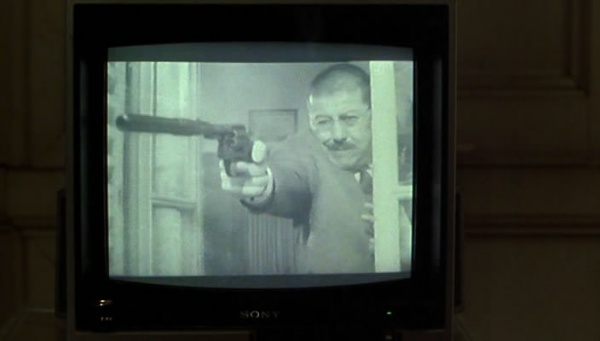 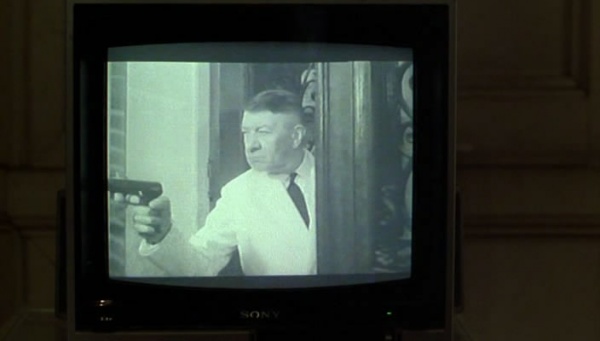