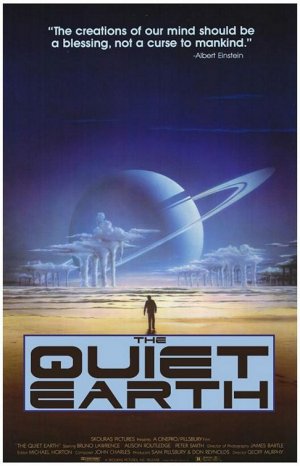 The Quiet Earth is a lesser known science fiction film directed by Geoff Murphey. Made in New Zealand in 1985, the film centers around with a scientist who is part of the mysterious "Project Flashlight", but wakes up one morning to find that he is the one of the last few people on earth due to a strange side-effect of the project. He meets other survivors and tries desperately to find why the earth was abandoned and when it will happen again.

The following firearms appear in the film The Quiet Earth:

While Zac Hobson (Bruno Lawrence) slowly starts to lose his sanity due to isolation, he plays around with a 12 Gauge Double Barreled Shotgun in his commandeered mansion. 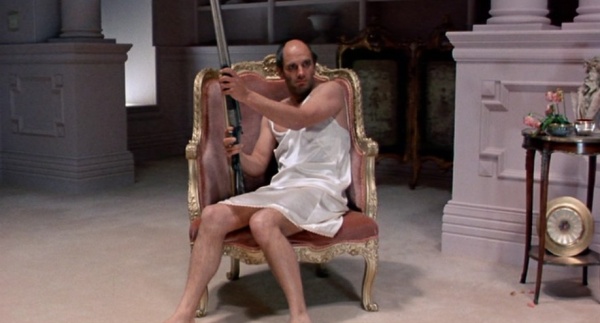 Zac plays with his shotgun, in a women's nightgown

At some point in the film, Zac ditches his Doubled Barreled Shotgun, and uses a Mossberg 500 for the rest of the film. 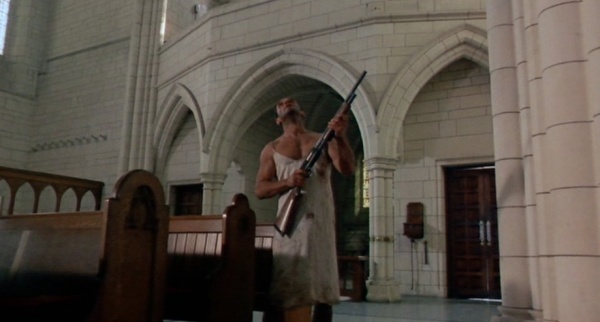 Still losing his mind, Zac runs around a church with his new Mossberg, before firing at a statue of Jesus 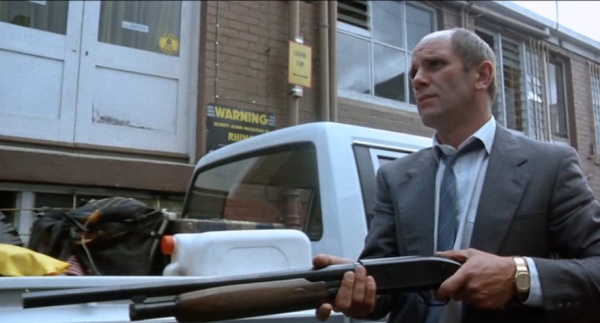 After meeting Joanne, Zac regains his sense of sanity, and decides to put on some gender specific clothes for a change

When Zac first meets another survivor, Joanne (Alison Routledge), she aims a Smith & Wesson Model 27 at him. 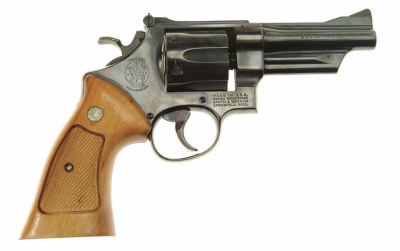 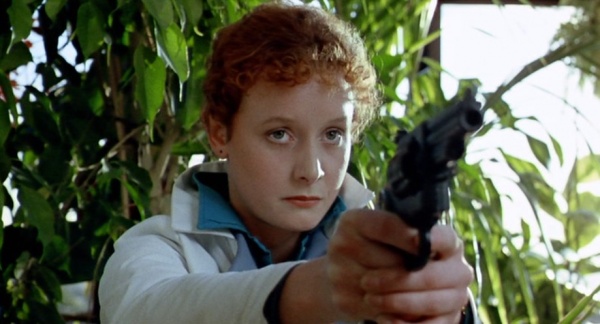 Joanne holds a Model 27 on Zac 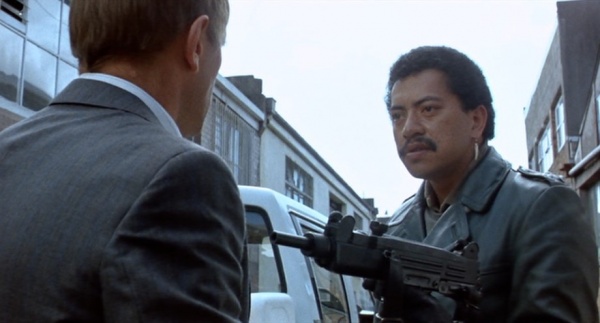 Api with his Uzi

Joanne takes what appears to be an M16 SP1 with A2 handguards from Api's truck to break up a fight between him and Zac. 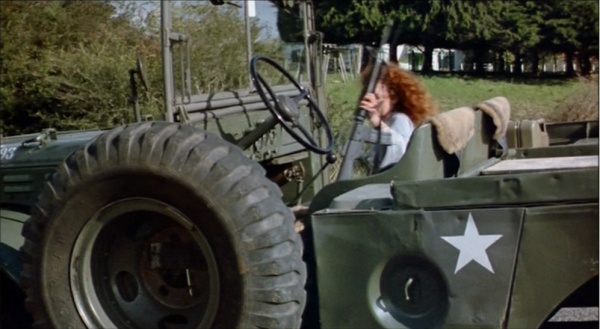 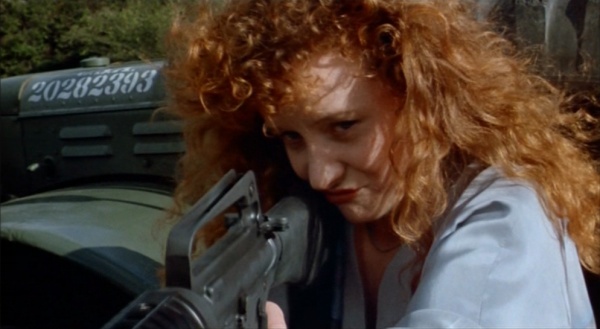 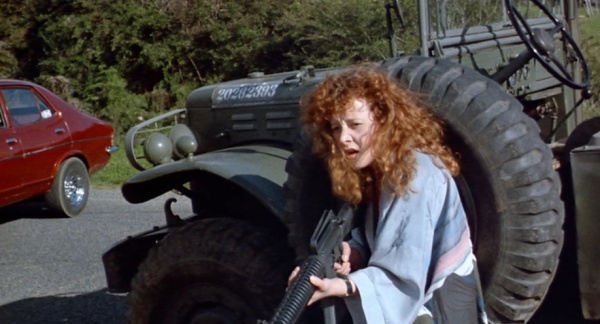 Joanne fires a warning shot at Zac and Api

Two MGC CAR-15s are seen hanging on a wall towards the end of the movie. The carbine shows some specific features, most notably the flash hider, the odd carrying handle and the upward triangle at the end of the retractable stock. Most likely these carbines are just props.

The pair of carbines hanging on the wall. Note: This image is made up from several stills, as the camera moves from the muzzle downwards in close-up and additionally zooms out a bit during the motion.
Retrieved from "http://www.imfdb.org/index.php?title=Quiet_Earth,_The&oldid=1085983"
Categories: