From Internet Movie Firearms Database - Guns in Movies, TV and Video Games
(Redirected from The Producers (1968))
Jump to: navigation, search 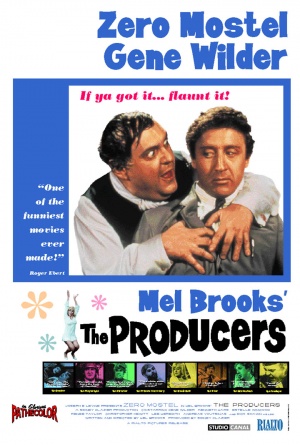 The Producers is a 1968 comedy written and directed by Mel Brooks and stars Zero Mostel as a bankrupt Broadway producer and Gene Wilder as his accountant who devise a plan to dupe their investors by putting on a production based on an extremely offensive play. The film was eventually turned into an actual Broadway production and a film adaptation of the musical was released in 2005.

The following weapons were used in the film The Producers:

Franz Liebkind (Kenneth Mars) brandishes a Luger P08 when confronting Max Bialystock (Zero Mostel) and Leo Bloom (Gene Wilder) after seeing his play. Both Max and Leo are seen handling the weapon as well. At one point, the Luger appears to lock empty, but Franz is seen continuing to fire. At one point Max tries to give Franz money so he could buy more ammunition and kill the actors of the play. 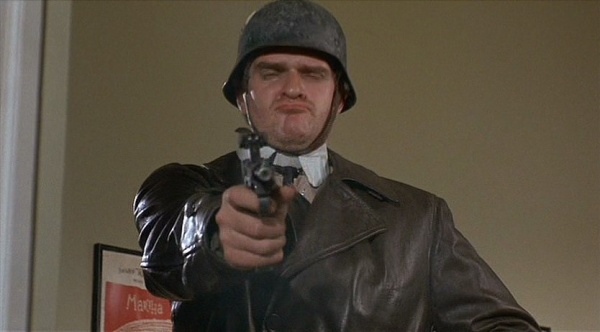 Franz Liebkind (Kenneth Mars) fires the Luger P08. Note that the Luger appears to lock empty, but Franz is seen continuing to fire. 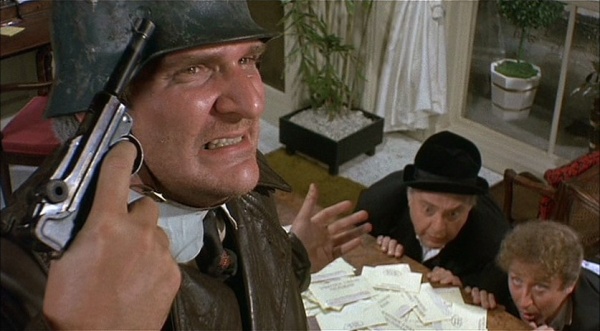 Liebkind holds the Luger to his head. 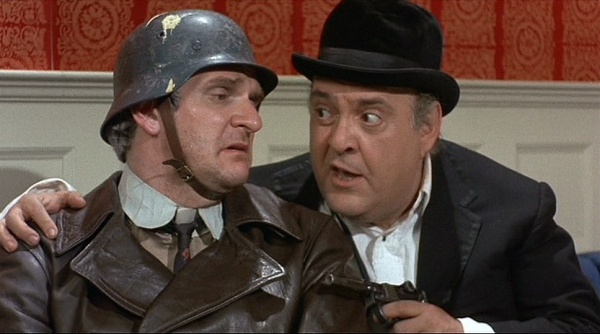 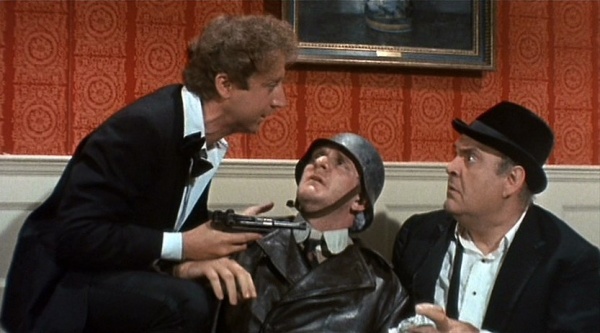