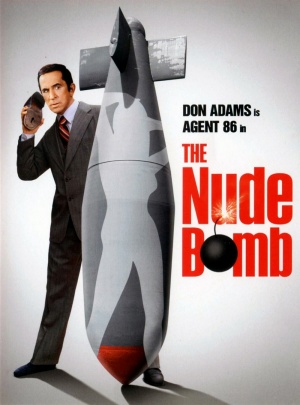 The Nude Bomb is the 1980 feature film continuation of the 1960's comedy spy series Get Smart. Don Adams returned as Maxwell Smart, Agent 86 of CONTROL to once again take on the KAOS organization, and this time he's up against Saint-Sauvage, an evil fashion designer who threatens the world with a weapon that can destroy all forms of clothing. Don Adams would once again return as Agent 86 in the 1989 film Get Smart, Again (which featured more of the original series' cast and ignored the events of this film) as well as in a 1995 television revival and the series would receive a modern update with the 2008 movie remake that starred Steve Carrell as Max.

The following weapons were used in the film The Nude Bomb: 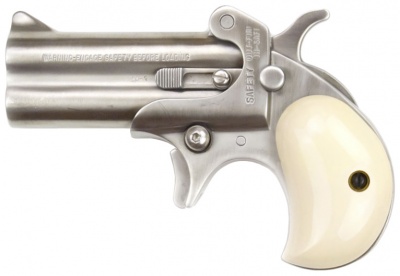 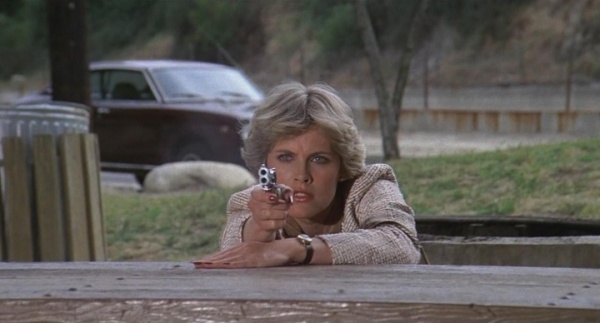 Agent 22 with a derringer.

A Colt Detective Special is held by Maxwell Smart in the opening credits. 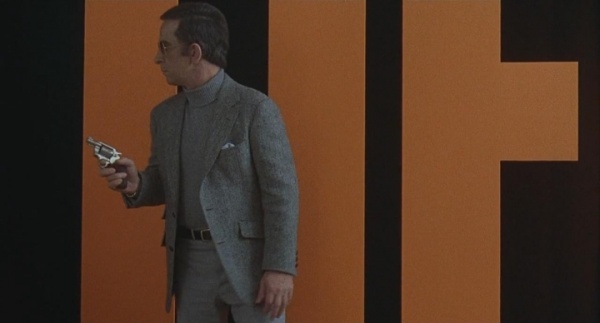 A Colt Detective Special is held by Maxwell Smart in the opening credits. 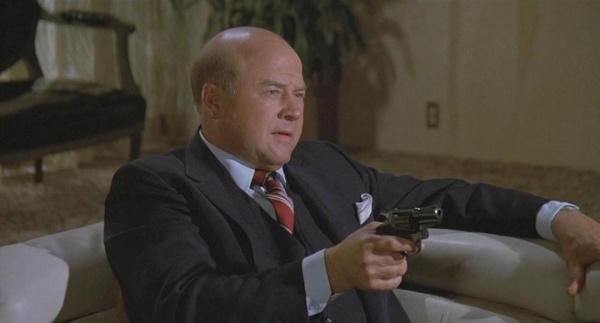 The CONTROL Chief (Dana Elcar) with a 3rd generation revolver.

A cowboy performer with a Colt New Frontier revolver. 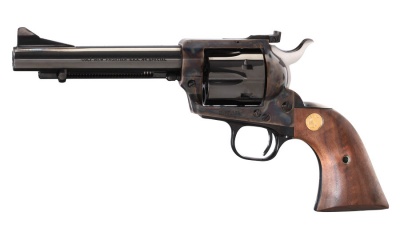 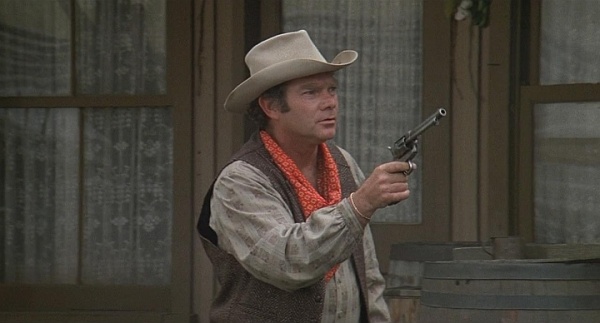 A cowboy performer with a revolver. 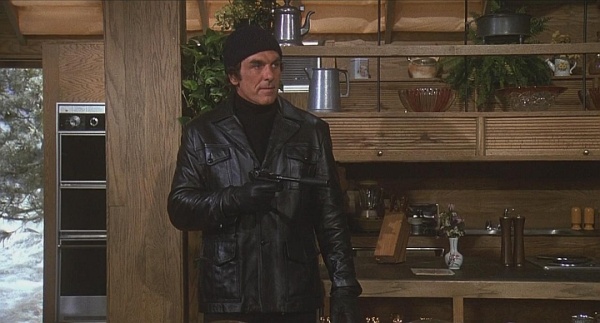 KAOS agent with Luger plus suppressor.

KAOS guards are armed with appear to be Adler-Jager AP-74 rifles.

Adler-Jager AP-74 rifle - .22 LR. Note the sharply angled three prong flash hider and the forward assist, and the small .22 LR magazine that protrudes under the 'fake' 20 round magazine. 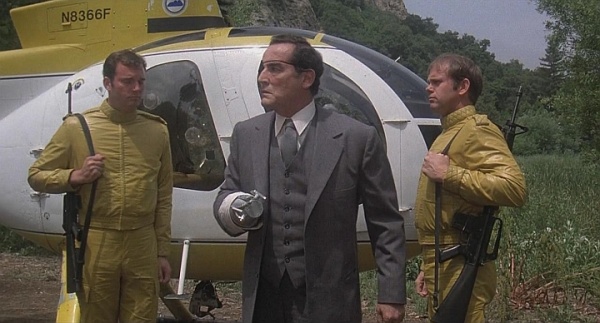 KAOS guards with rifles and Sebastiani. 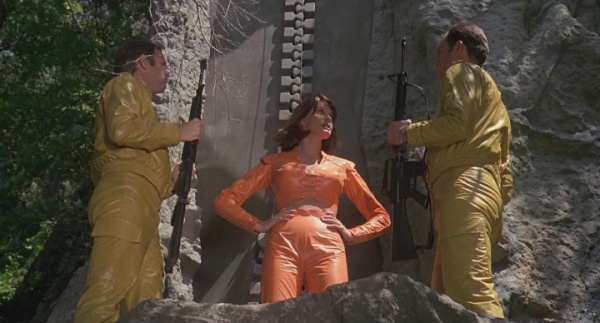 KAOS guards can be seen with Madsen M50 submachine guns. 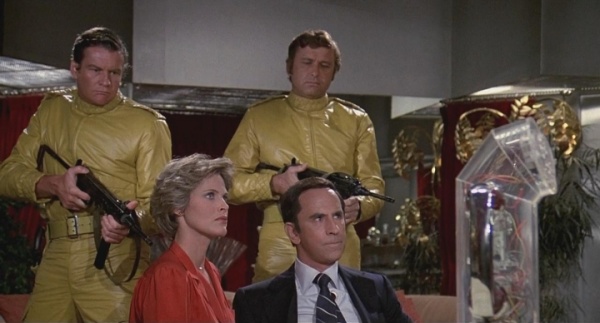 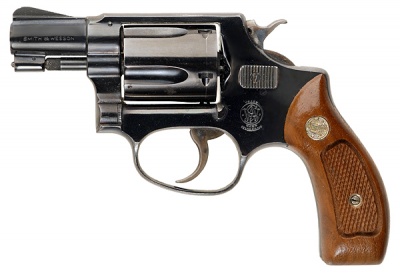 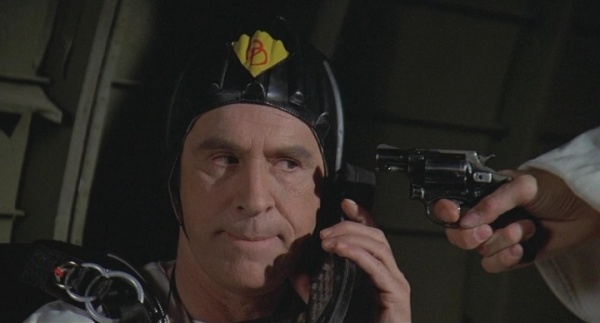 Agent 86 with shoephone and a S&W pointed at his head by a paratrooper (off-screen). 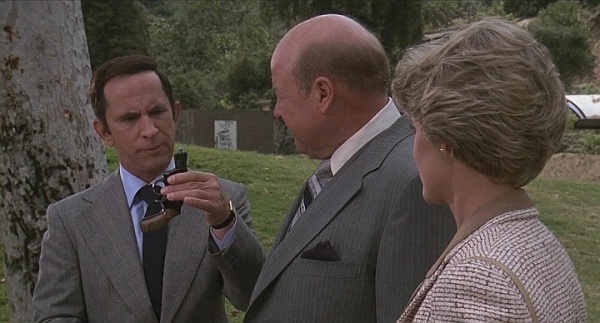 Of course! The old bullet-in-the-barrel trick. 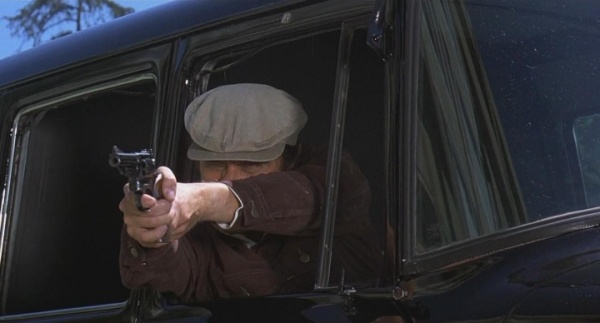 Drive-by thug with a revolver. 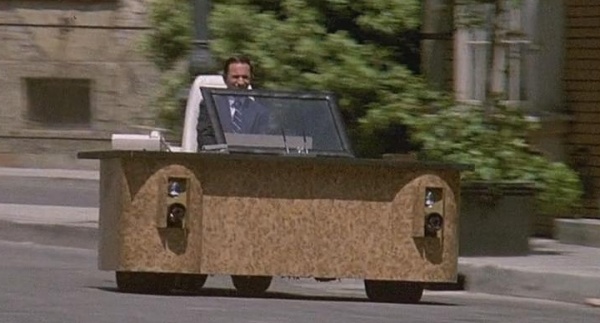 Agent 86 in pursuit with an armed desk 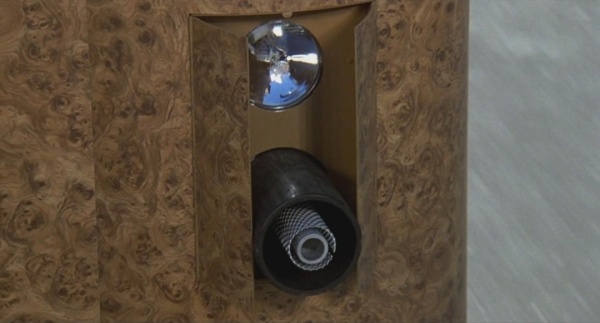 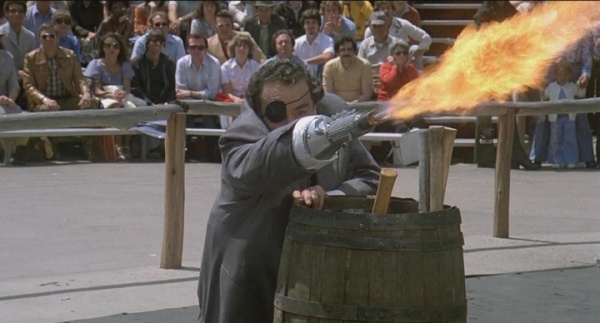