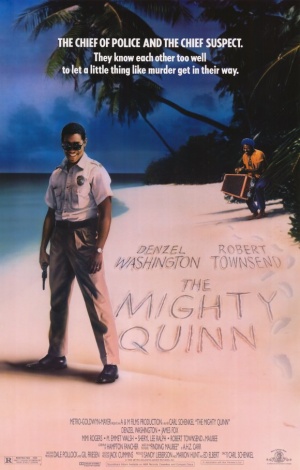 The following weapons were used in the film The Mighty Quinn:

Xavier Quinn (Denzel Washington) carries a Smith & Wesson Model 10 that he pulls when he finds a suspect's gun. 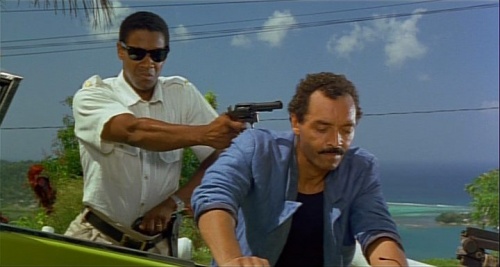 Jose Patina (Alex Colon) is caught carrying a concealed Heckler & Koch P9S fitted with a suppressor. Quinn fires the weapon into the wall near Patina's head to interrogate him, and it is later used by CIA agent Miller (M. Emmet Walsh) to execute Patina. 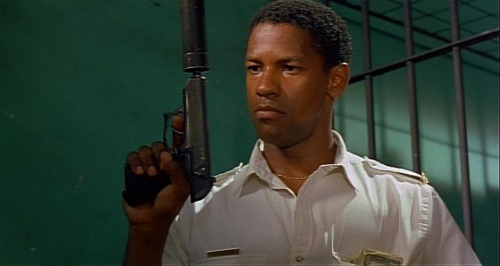 Quinn looks at the Heckler & Koch P9S fitted with suppressor in his hand, describing it as "sub-sonic, nine millimeter, kills without a sound, muzzle velocity so slow..." 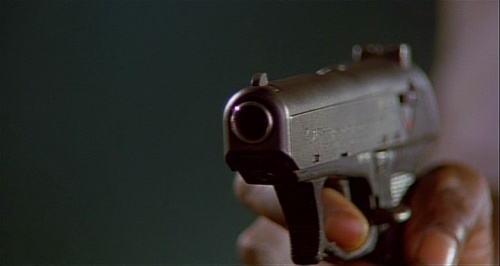 Close-up of the P9S in Quinn's hand. 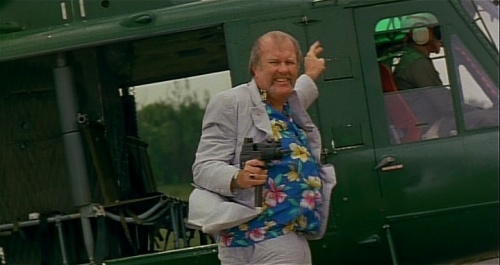 Miller with his Uzi.
Retrieved from "http://www.imfdb.org/index.php?title=Mighty_Quinn,_The&oldid=1261803"
Categories: