The following weapons were used in the film The Match Will Take Place in Any Weather (Match sostoitsya v lyubuyu pogodu): 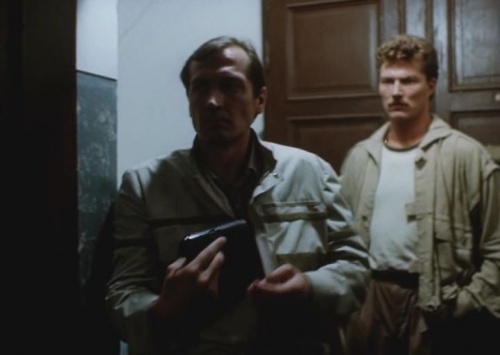 Jiří Patočka draws a PM (in previous scene he carries a PSM in PM holster). 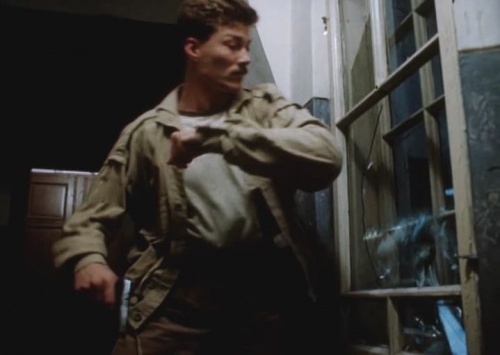 Karel with a PM during the shootout with Witke. 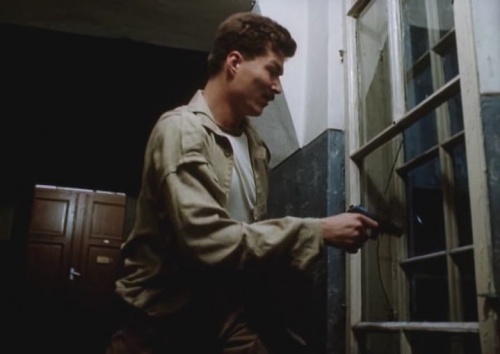 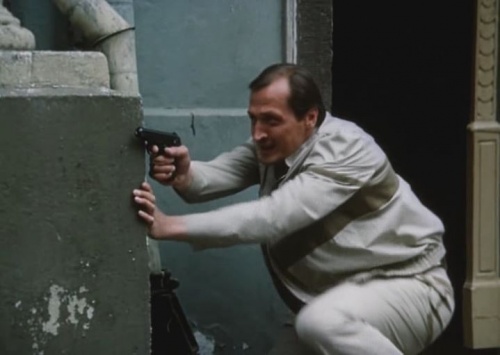 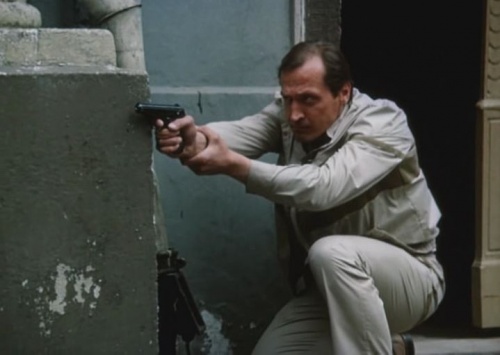 Patočka fires. In this scene neither Patočka's and Karel's PMs not Witke's Walther PPK actually fire, and actors only simulate shooting. 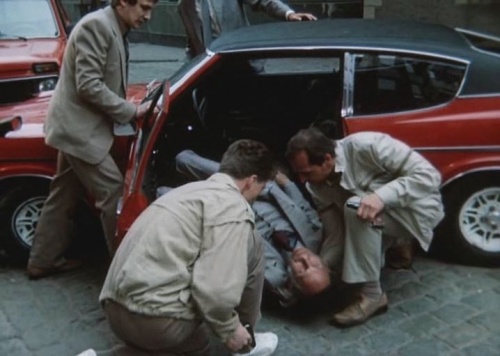 Patočka and Karel with PMs.

Státní bezpečnost Capt. Jiří Patočka (Algis Matulionis) carries a PSM pistol in holster (later he is seen with a PM). A PSM is also seen in hands of Státní bezpečnost operative Ehlers (Hermanis Paukss). Like PM, PSM was never put into service in Czechoslovakia. 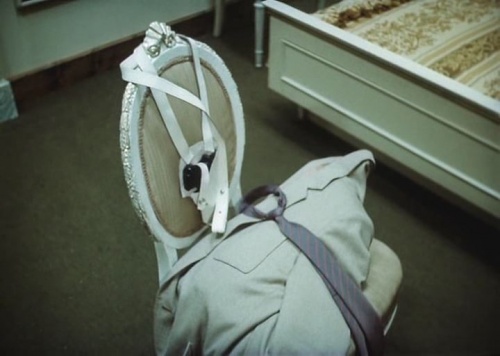 Patočka's PSM in holster (the holster is of PM pattern). 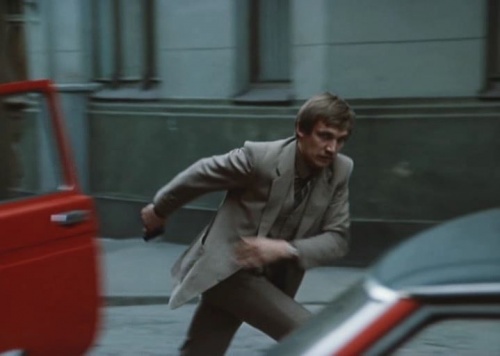 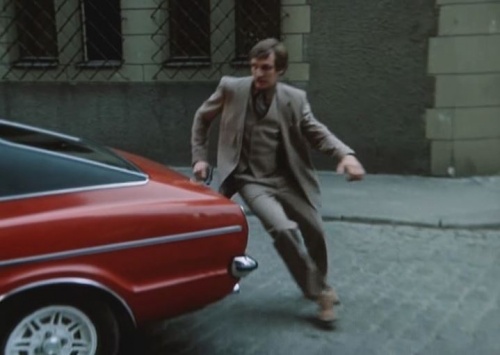 Ehlers with a pistol. His weapon is seen unclear bu the size and general shape resemble PSM. 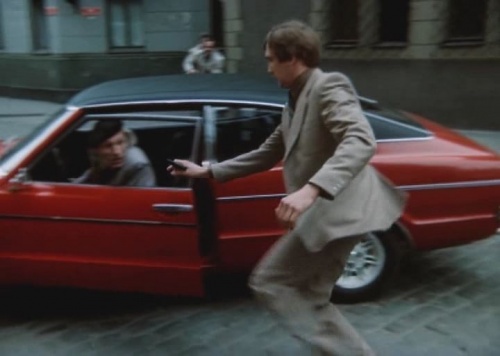 Ehlers aims his pistol at Witke.

A pistol, confiscated from a blackmailer Karel Horak (Leonids Grabovskis), appears to be a French Unique Kriegsmodell, wartime version of Unique Model 17, produced in 1941-44 under German control. (Note: the postwar Unique Rr 51 looks very similar but the wartime pistol has more chance to appear on Soviet studio). 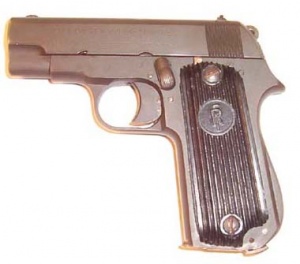 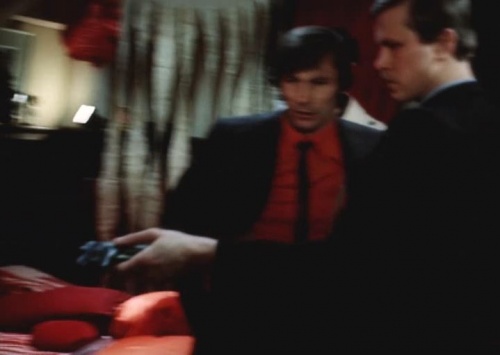 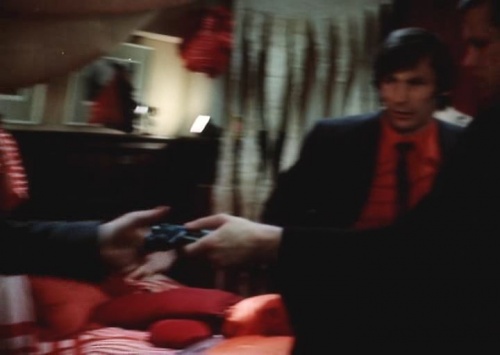 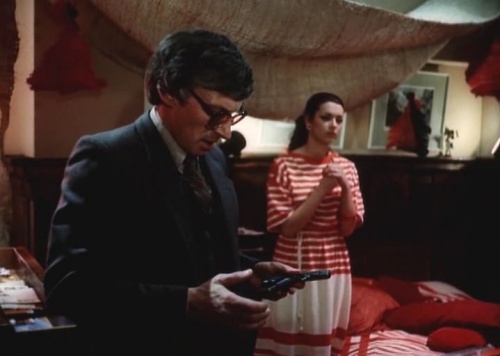 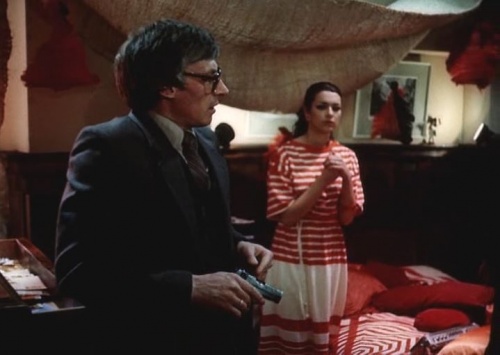 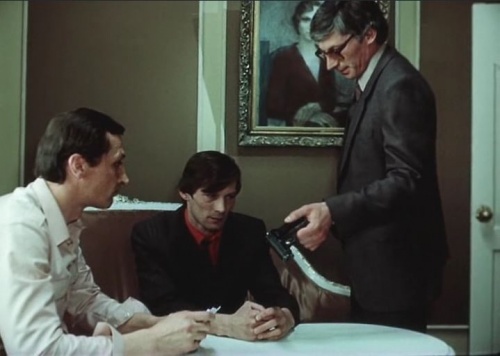 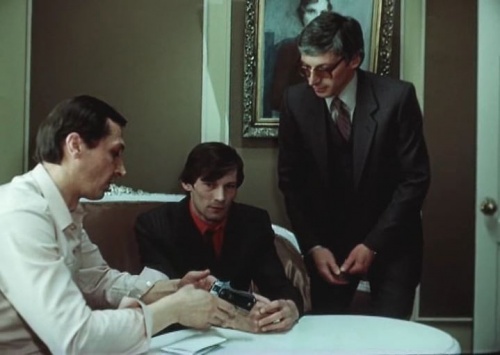 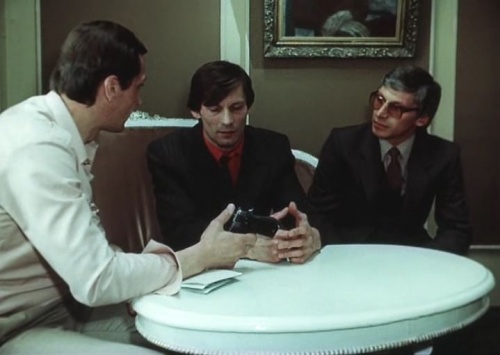 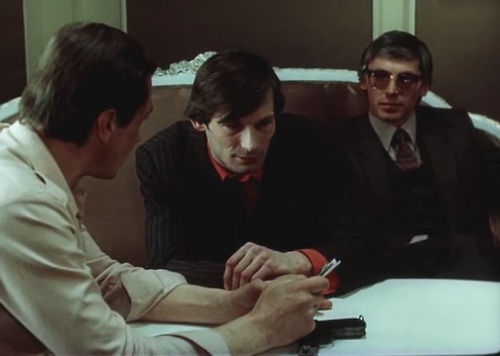 A foreign spy George Witke (Juris Strenga) uses a Walther PPK with fake sound suppressor during the shootout with Jiří Patočka and Karel. 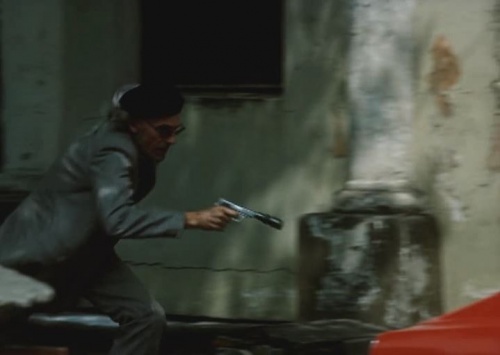 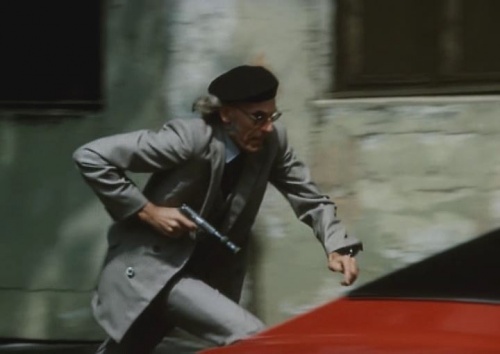 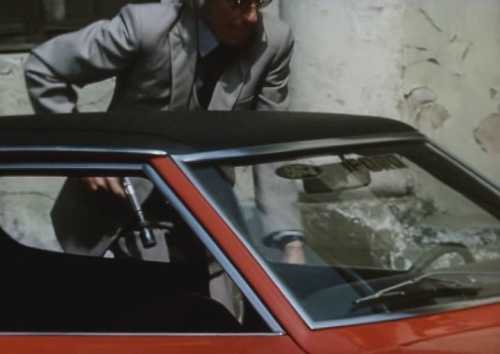 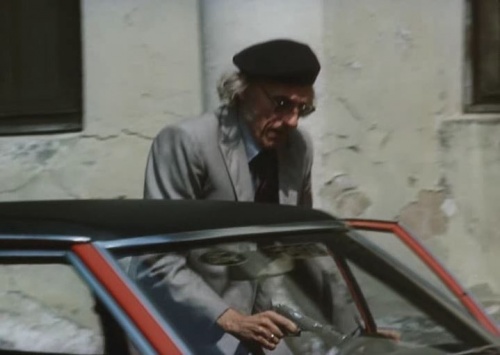