Man in the Iron Mask, The

From Internet Movie Firearms Database - Guns in Movies, TV and Video Games
(Redirected from The Man in the Iron Mask)
Jump to: navigation, search

The Man in the Iron Mask is the 1998 adaptation of the Alexandre Dumas classic story The Three Musketeers. The film was directed by Randall Wallace (We Were Soldiers) and starred Leonardo DiCaprio in dual roles as the King Louis XIV and the title character.

The following weapons were used in the film The Man in the Iron Mask: 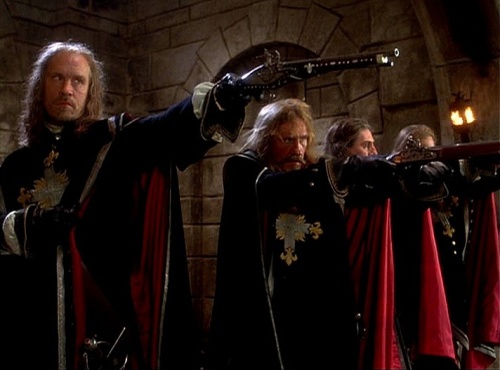 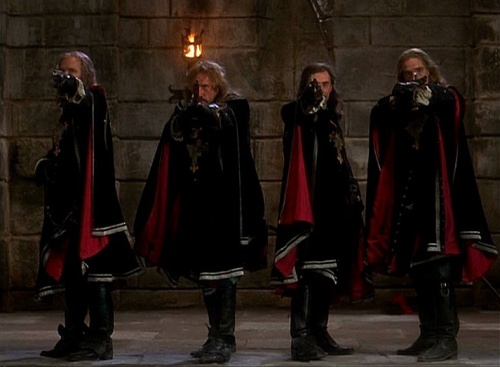 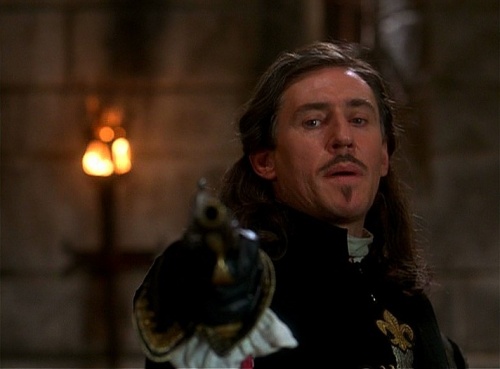 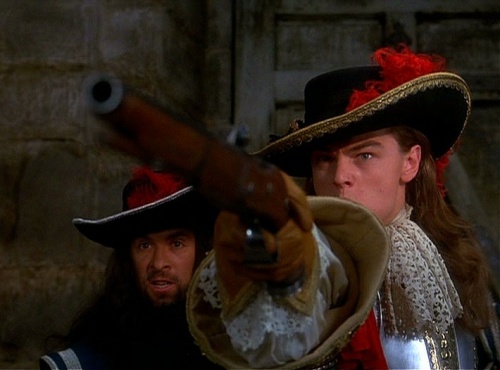 The Wheellock Musket is seen mounted above the fireplace of Athos (John Malkovich). 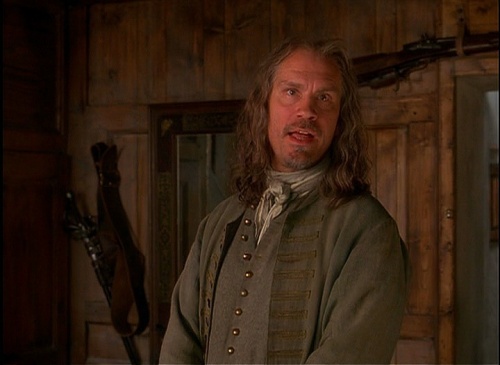 The Matchlock Musket is used by King Louis' guards during the final engagement with the Musketeers. 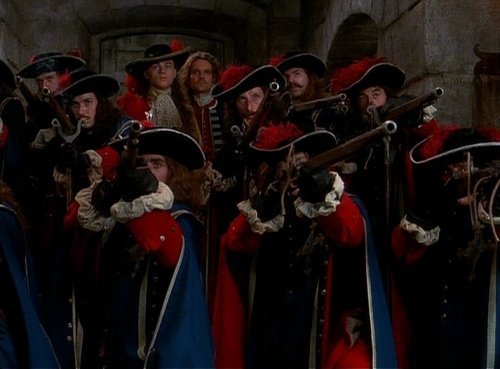 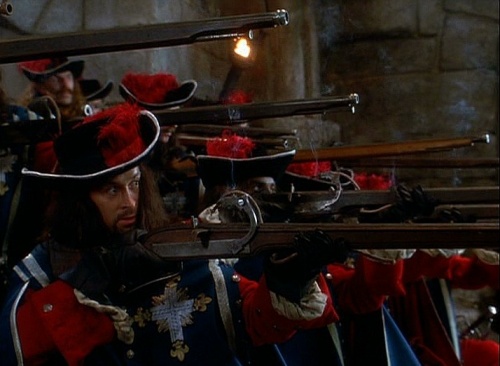 A German Jäger Rifle is briefly seen hanging on a wall behind Aramis (Jeremy Irons).