The following weapons were used in the film The Human Tornado: 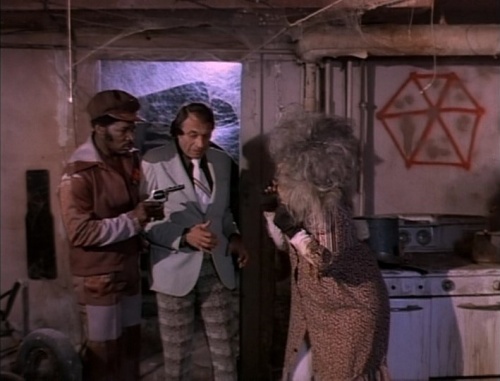 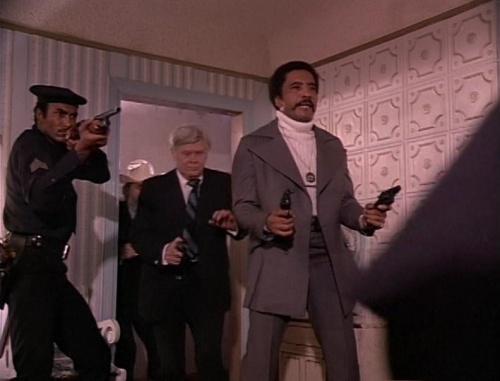 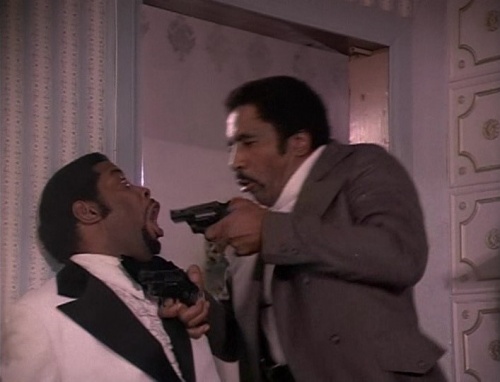 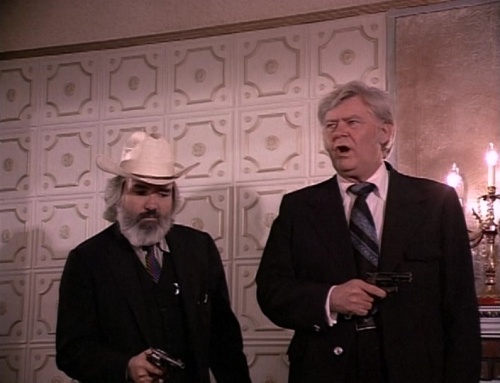 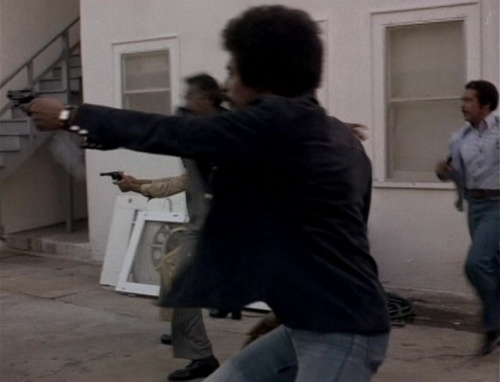 The thug in the foreground points a Colt Detective Special. 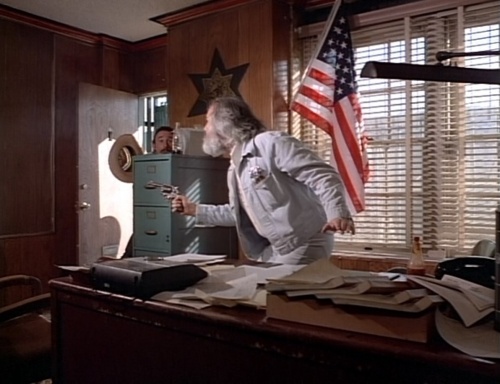 The Sheriff points his revolver. 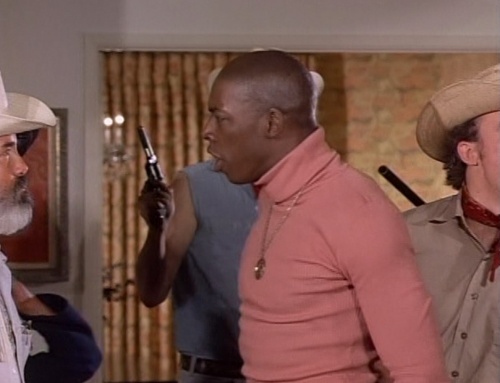 A deputy in the background holds a Colt Official Police. 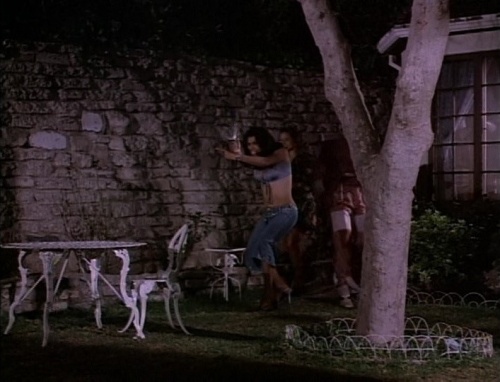 Hurricane Annie (Gloria Delaney) fires an unknown pistol. The flash from the blank exits the ejection port, rather than the barrel. 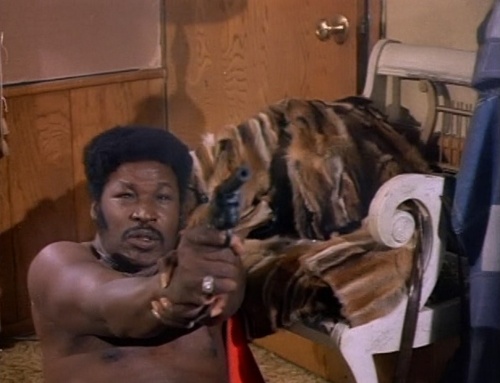 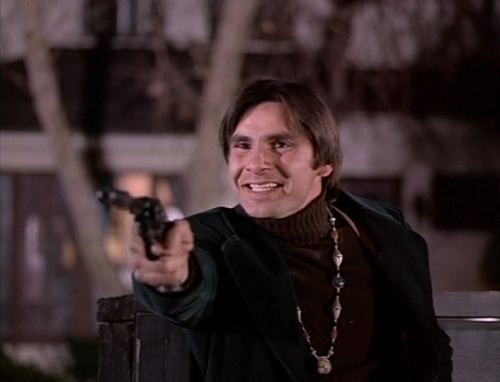 Fingers points an unknown revolver with a suppressor.

The thug in the left background points a revolver. 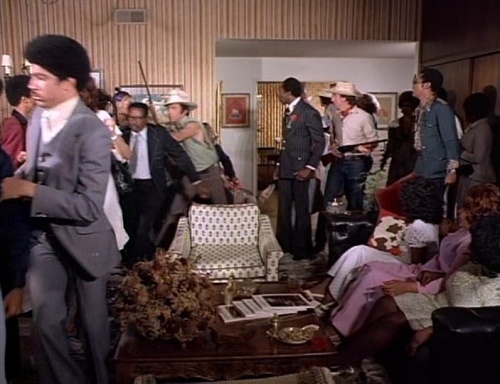 Charlie and a deputy carry shotguns. 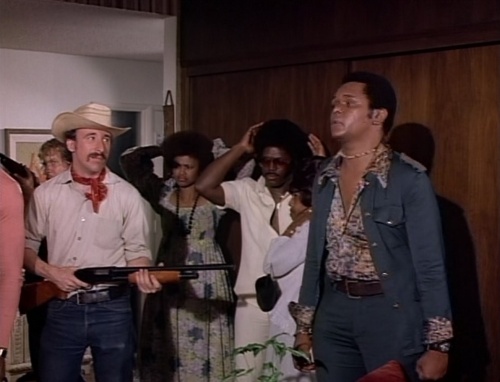 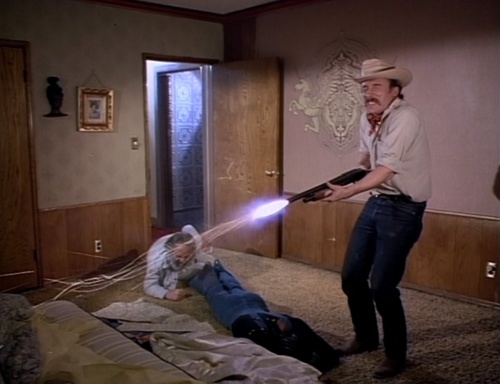 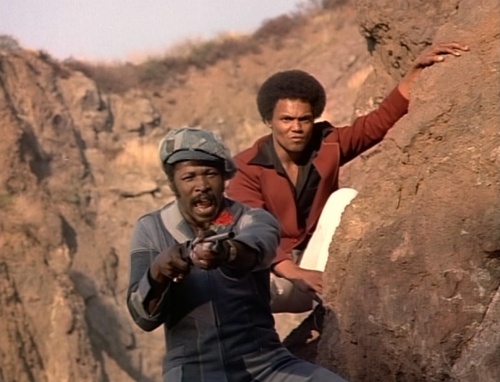 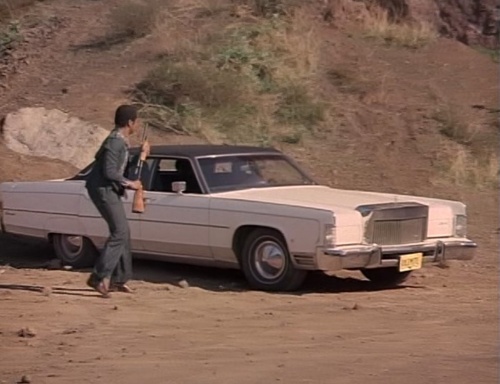 One of Dolemite's men with the shotgun. 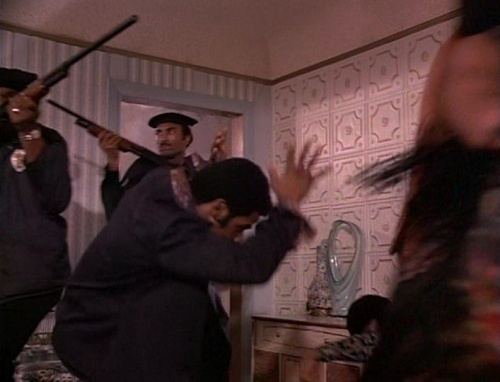 A thug uses a J&R Engineering M80 Carbine with the conical flash suppressor removed, a perforated barrel shroud (possibly from a Wilkinson Arms Linda Carbine) and a nonfunctional Thompson 50-round drum magazine mounted in front of the box magazine. The box magazine is inserted in the magazine well in the pistol grip. 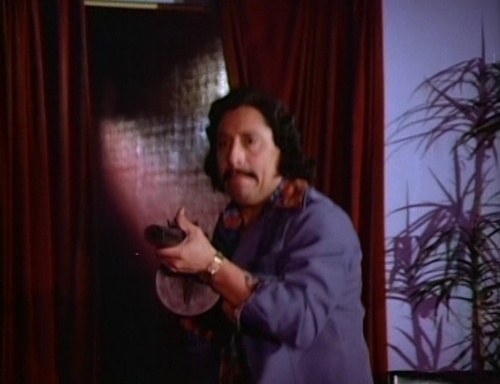 A thug points a carbine. 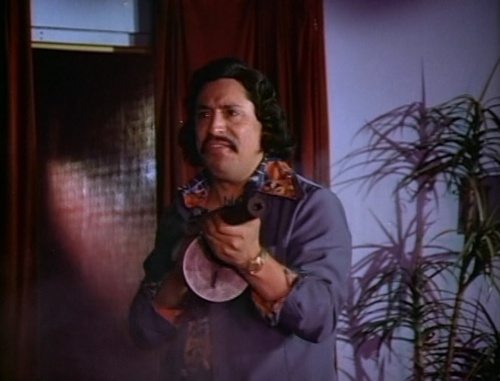 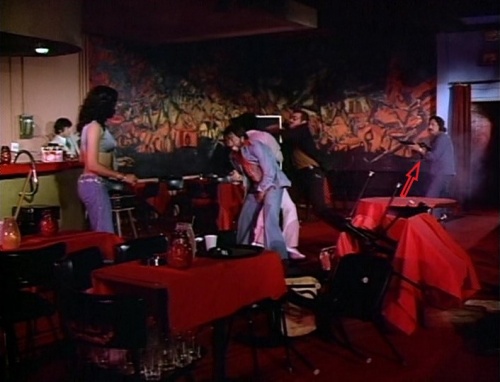 The box magazine (red arrow) is visible behind the nonfunctional drum magazine. 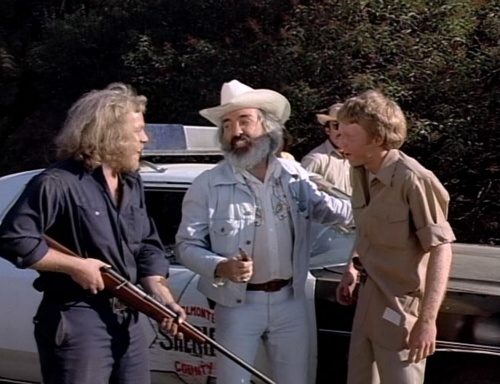 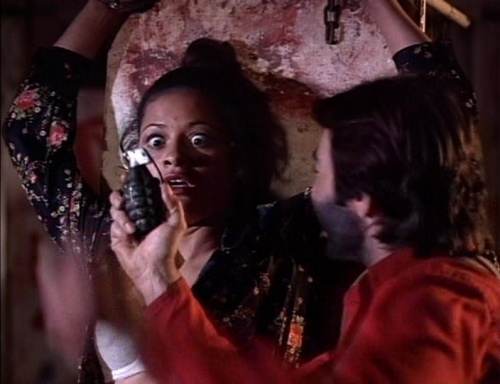 A sadistic thug with a grenade threatens a woman by pulling the pin. 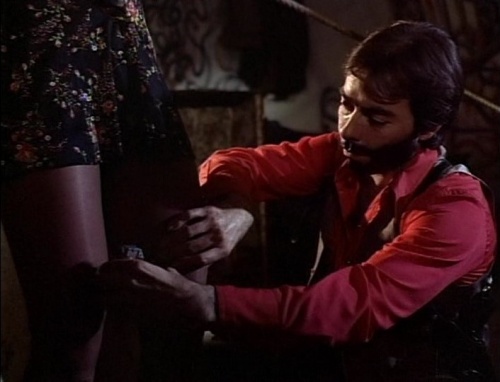 The sadistic thug puts the grenade between the woman's legs.
Retrieved from "http://www.imfdb.org/index.php?title=Human_Tornado,_The&oldid=1430433"
Categories: