From Internet Movie Firearms Database - Guns in Movies, TV and Video Games
(Redirected from The Hound of the Baskervilles (1982))
Jump to: navigation, search

The Hound of the Baskervilles is a British 1982 mini-series, based on the famous novel by Arthur Conan Doyle. It is directed by Peter Duguid and stars Tom Baker as Sherlock Holmes and Terence Rigby as Dr. Watson.

Sherlock Holmes (Tom Baker) uses a Webley RIC revolver when he fires at the Hound of Baskervilles. 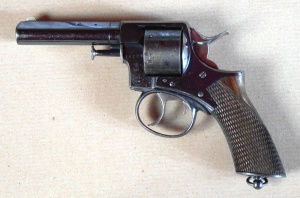 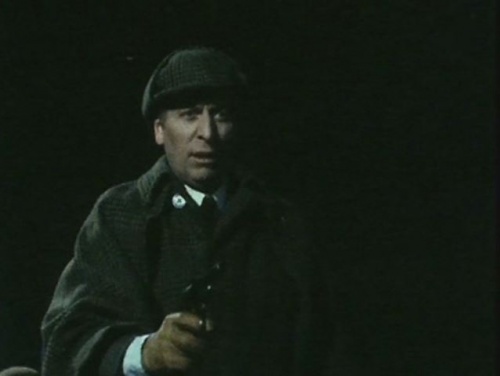 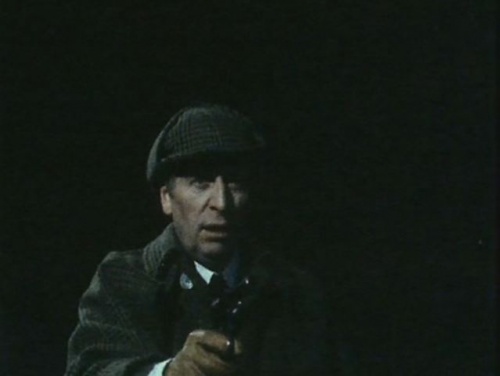 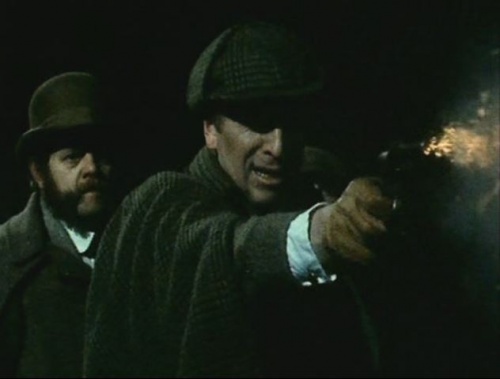 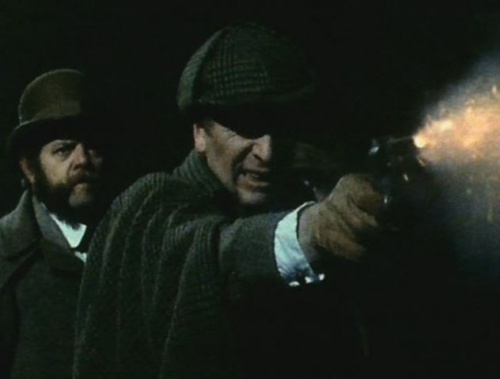 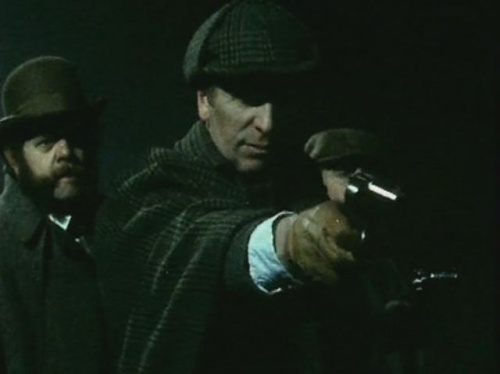 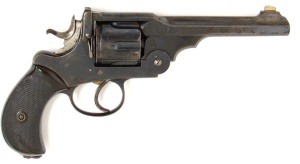 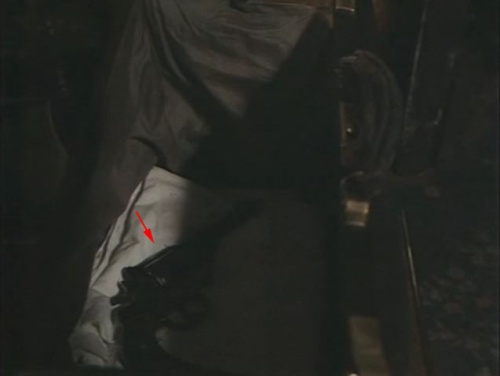 Watson's Webley "WG" in his suitcase. 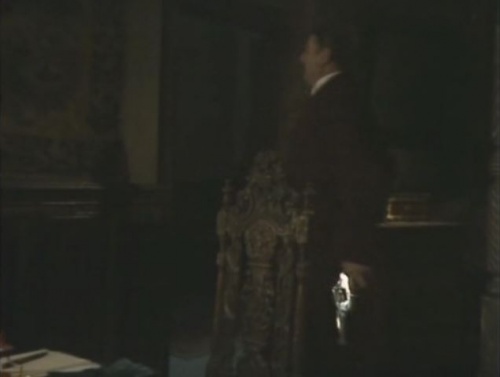 Watson holds his revolver in the night scene in Baskerville Hall. 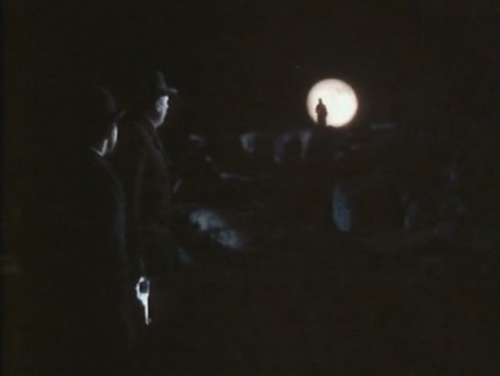 Watson holds his revolver in the night scene on the moors when he sees a mysterious man. 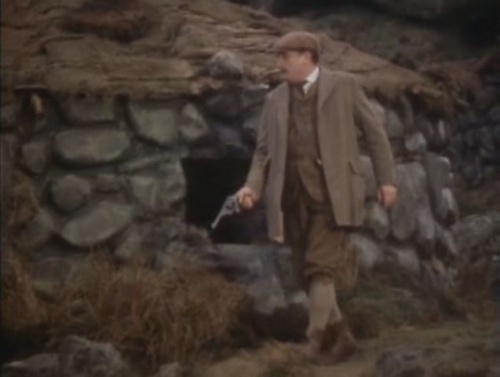 Watson holds his revolver when he goes after the mysterious man. 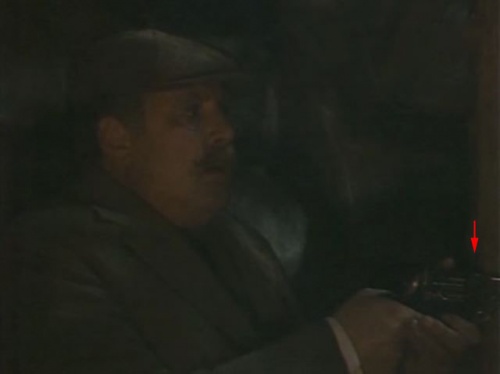 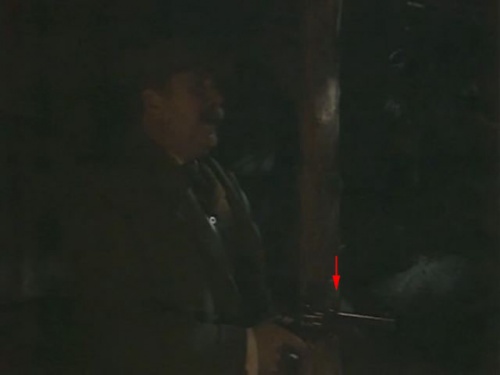 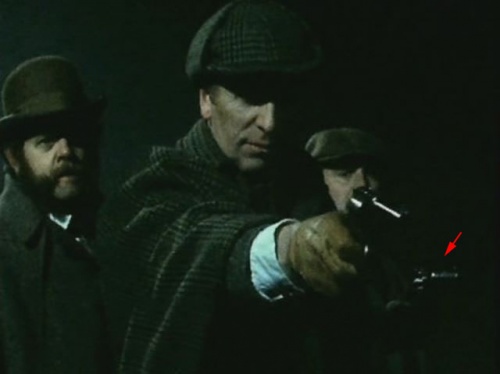 Watson's revolver is seen at the background in the scene when Holmes, Watson and Lestrade save Sir Henry from the Hound of Baskervilles. 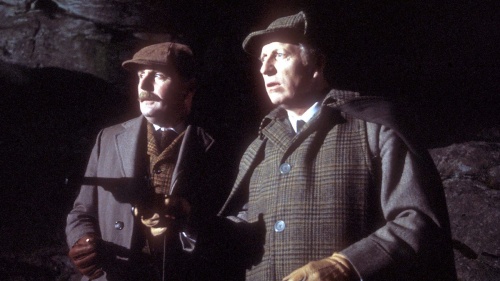 Sherlock Holmes (Tom Baker) holds a Webley "WG" revolver on a promotional image. He doesn't use this gun in the movie. 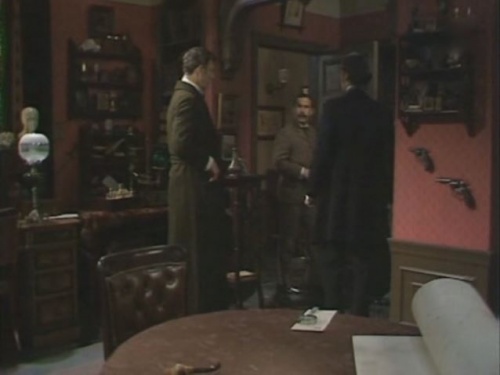 Two revolvers are seen on the wall in Holmes' room. They look British-style but the exact models hardly can be identified. 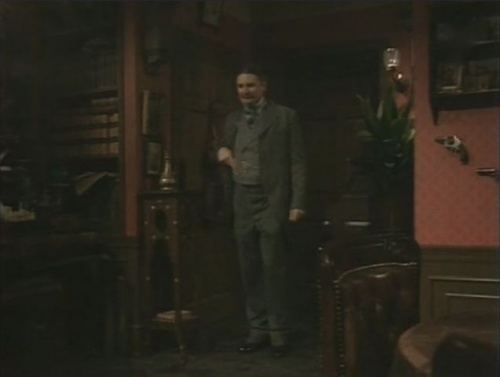 Smaller revolver can be seen better. 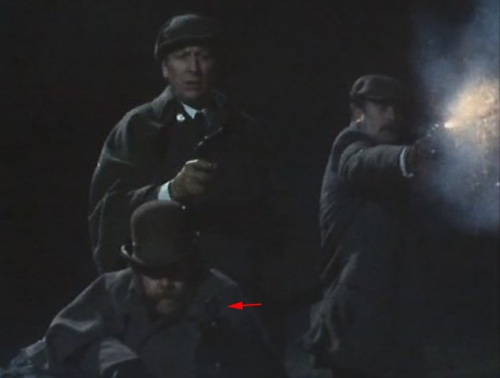 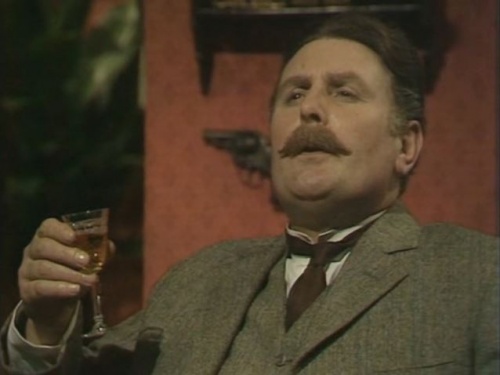 One of the revolvers on the wall is seen again in the final scene.
Retrieved from "http://www.imfdb.org/index.php?title=Hound_of_the_Baskervilles,_The_(1982)&oldid=1317705"
Categories: