From Internet Movie Firearms Database - Guns in Movies, TV and Video Games
(Redirected from The Hills Have Eyes (1977))
Jump to: navigation, search

The Hills Have Eyes is a controversial 1977 horror film directed by Wes Craven (Scream, The Last House on the Left), about a family that must fend off a clan of deformed cannibals after their car breaks down in the middle of a desert. A remake, directed by Alexandre Aja, was released in 2006.

The following firearms were used in the film The Hills Have Eyes: 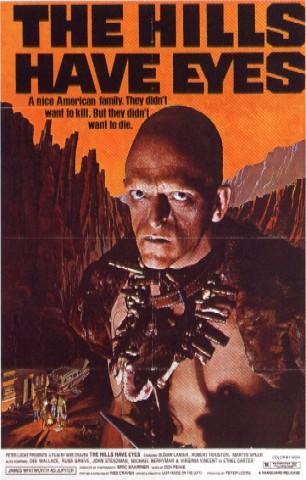 Bob Carter (Russ Grieve) talks about how he was presented a "hand cannon" when he retired from the police force. He brings it on his family's vacation, along with a M1911A1. The revolver is taken and used by Jupiter (James Whitworth), Mars (Lance Gordon) and Pluto (Michael Berryman) for a large part of the film. 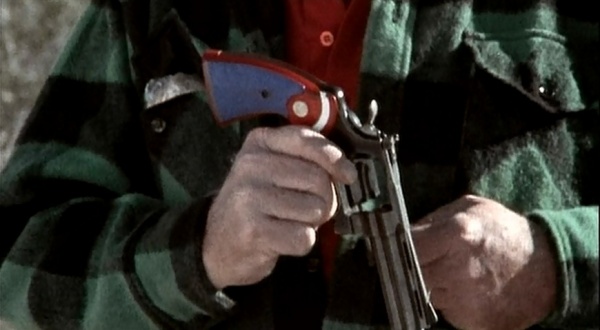 Bob loads the Python before going to look for help.

After the family's car breaks down, Bob Carter gives his son Bobby (Robert Houston) a Colt M1911A1, which he uses for the length of the movie. 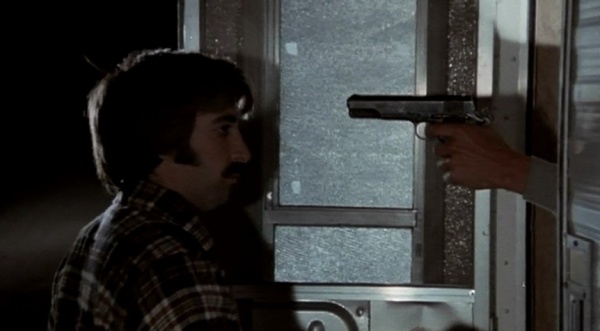 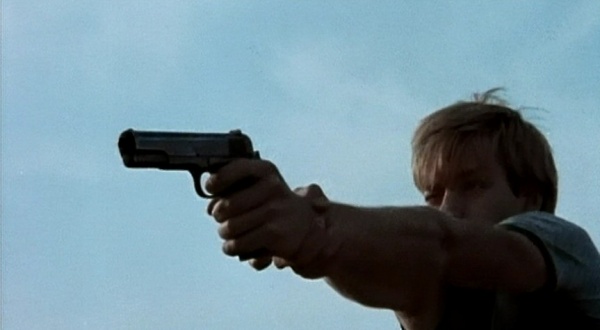 Bobby with the 1911 in the final confrontation with Jupiter.
Retrieved from "http://www.imfdb.org/index.php?title=Hills_Have_Eyes,_The_(1977)&oldid=772403"
Categories: