The movie is known as first Soviet adventure sound film.

The following weapons were used in the film The Golden Taiga (Zolotoye ozero): 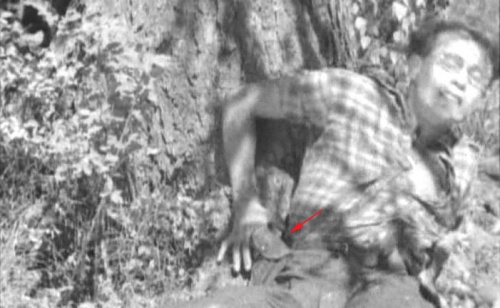 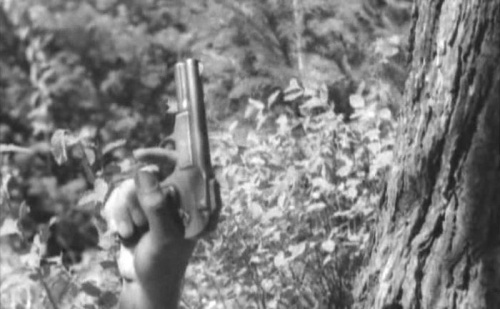 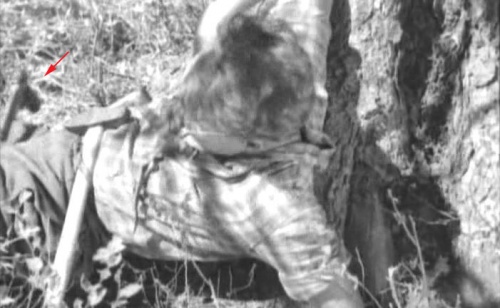 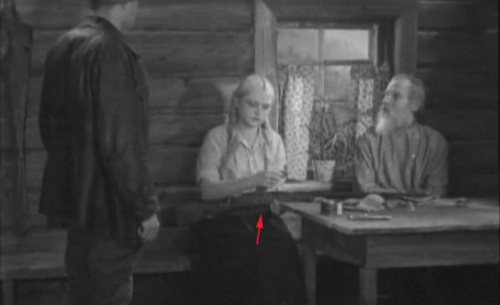 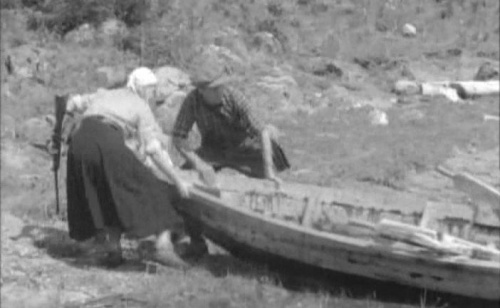 Marina holds her gun at the left. 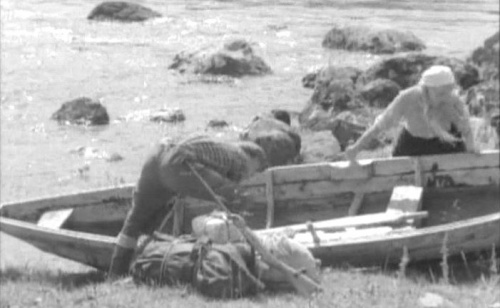 The gun is seen next to the boat. 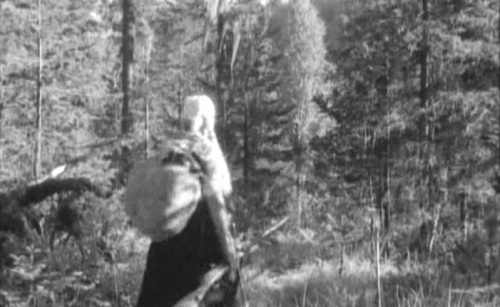 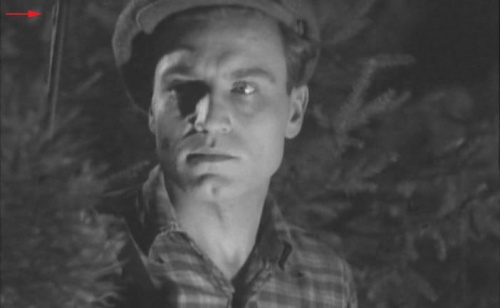 The front sight of Stepanov's rifle can be seen. 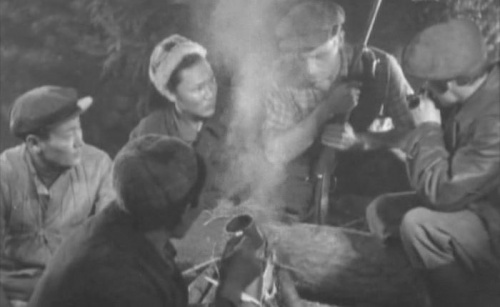 Stepanov holds his rifle at the campfire. 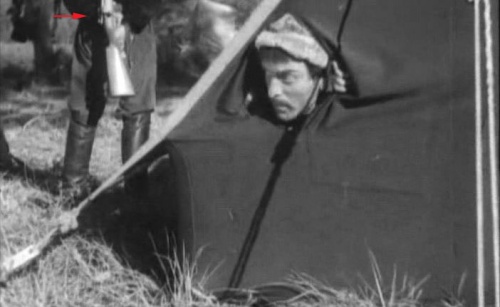 A native hunter carries his rifle at the left. The bolt handle is seen. 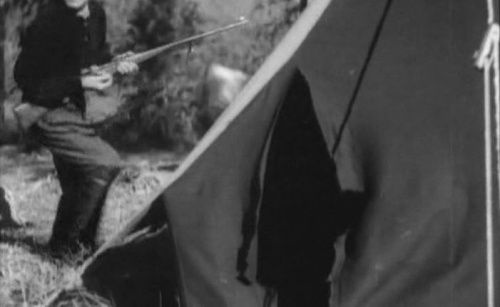 The hunter reloads his rifle... 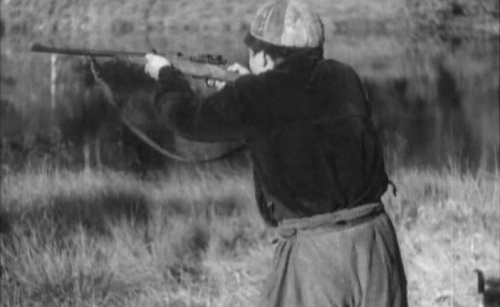 ...and fires at escaping treacherous guide. 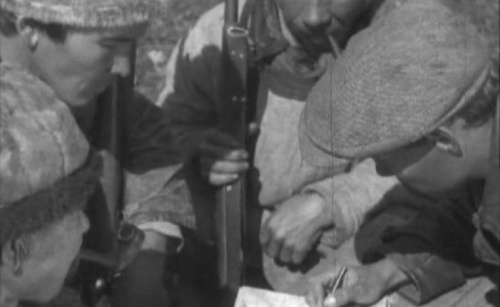 Native hunters with their rifles. 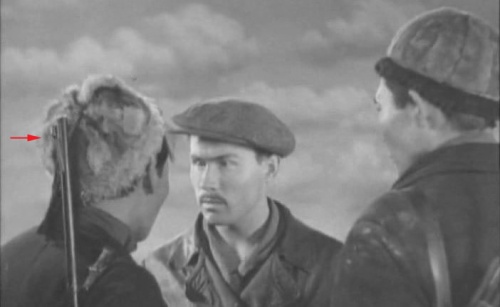 The front sight is seen.

A sporterized Mannlicher M1895 rifle is used by an outlaw Podlipalo (I. Mikhailov). Later this rifle is seen in hands of Marina and Stepanov. It appears to be a converted military rifle rather than purpose-built sporter. 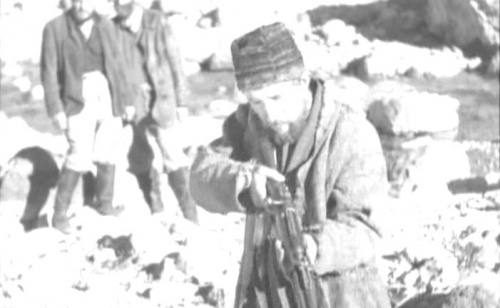 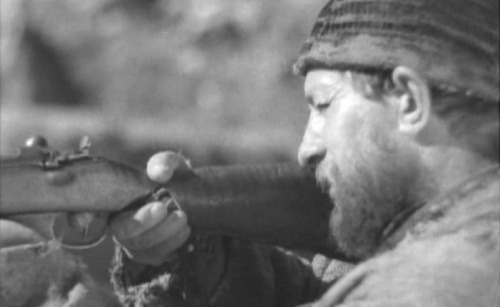 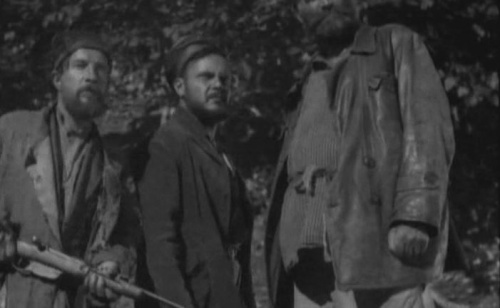 He holds the rifle. 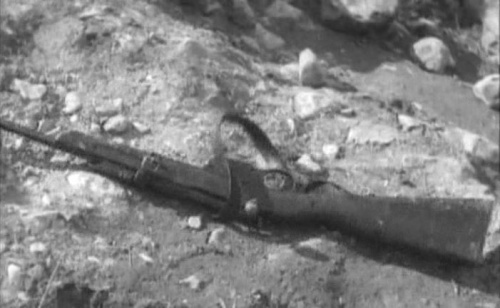 The rifle on ground. 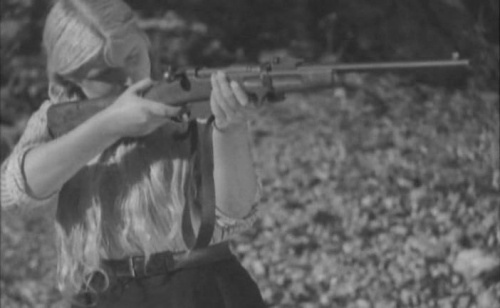 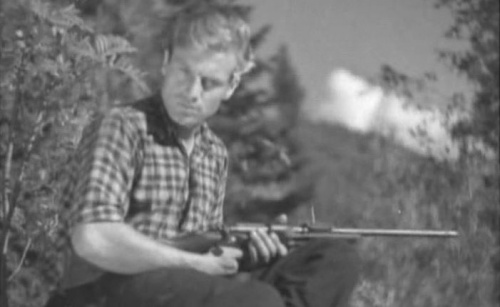