The Foothold (Pyad' zemli') is a Soviet 1964 war movie directed by Andrey Smirnov and Boris Yashin and based on the novel by Grigory Baklanov. The story depicts an episode of the battle for the lodgement on Dniester river in Summer 1944.

The following weapons are seen in the movie The Foothold (Pyad' zemli): 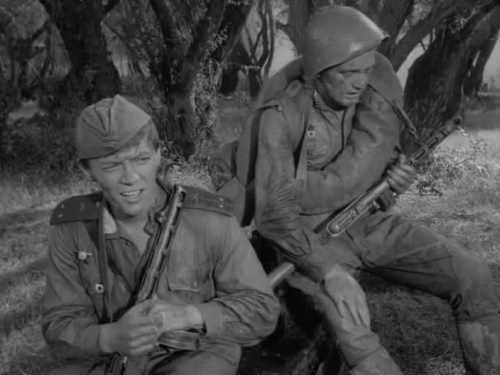 Lt. Motovilov (Aleksandr Zbruev) and a soldier with PPSh-41 SMGs. 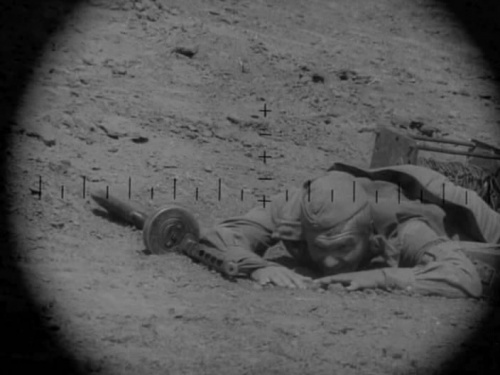 A crawling soldier with PPSh is seen through the binoculars.

A PPS-43 is seen in the final scene of the movie. 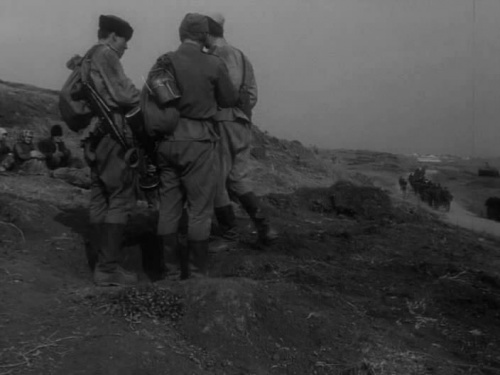 A soldier at the left is armed with a PPS-43. 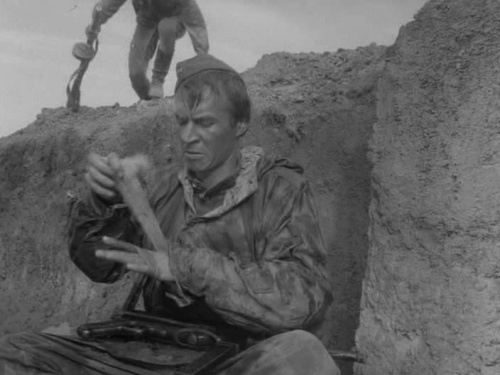 A wounded soldier (Vladimir Shibankov) is armed with an MP40. 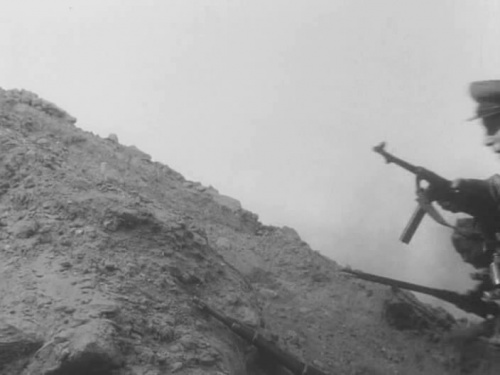 Capt. Bryl (Sergei Kurilov) with an MP40 leads the soldiers in attack. 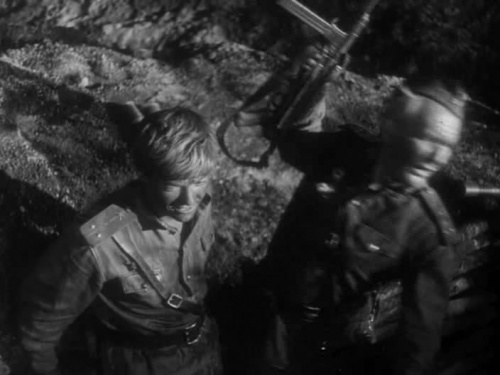 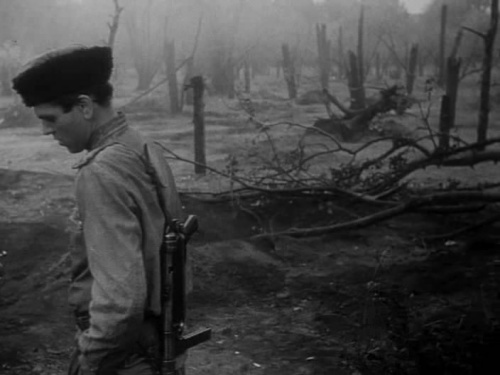 A soldier with MP40. 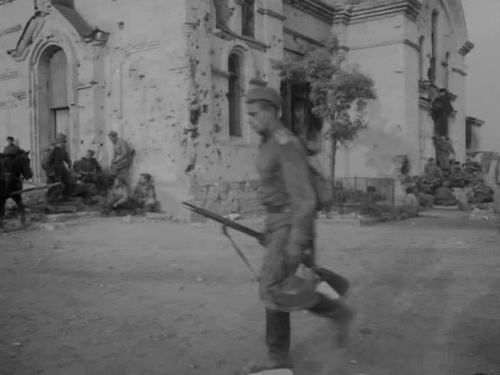 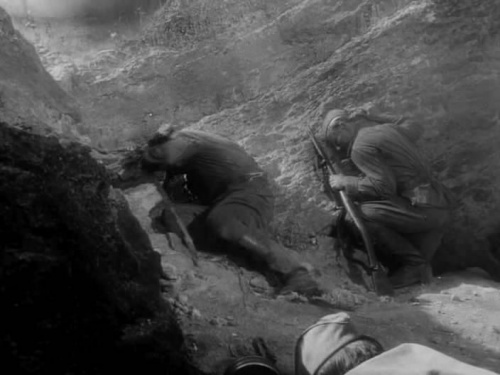 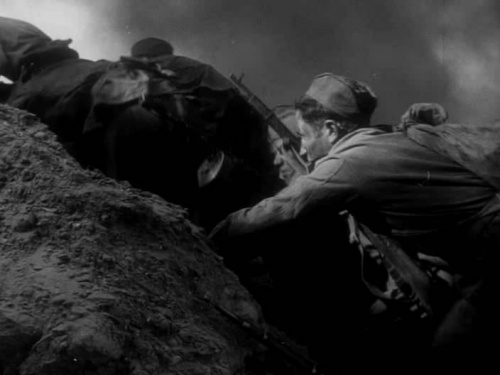 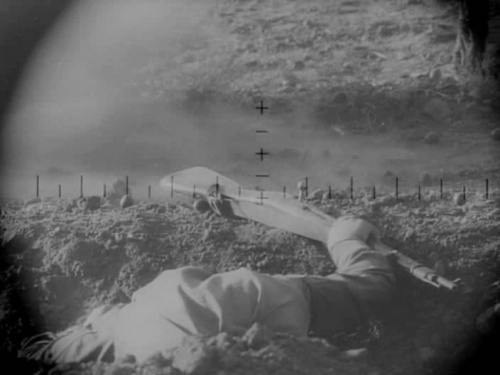 A crawling soldier with M38 carbine is seen through the binoculars.

A Karabiner 98k is briefly seen in one scene.

An MG34 is briefly seen in German trenches after the Soviet attack. 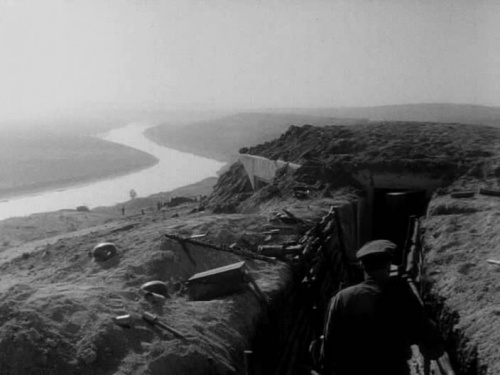 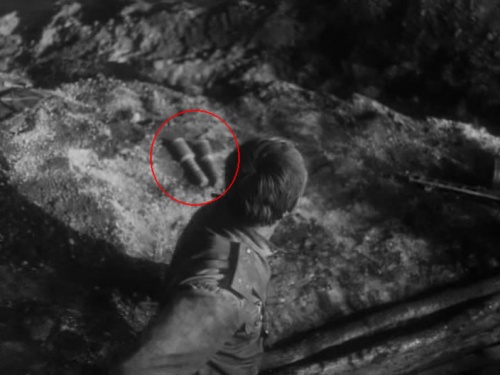 Two RGD-33 grenades are seen on the ground.

An F-1 hand grenade is seen in the final scene. 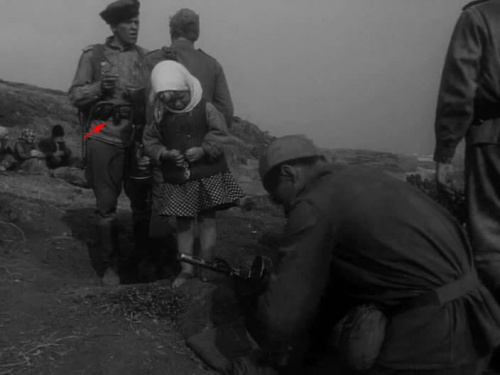 An F-1 is seen on the belt of a soldier. 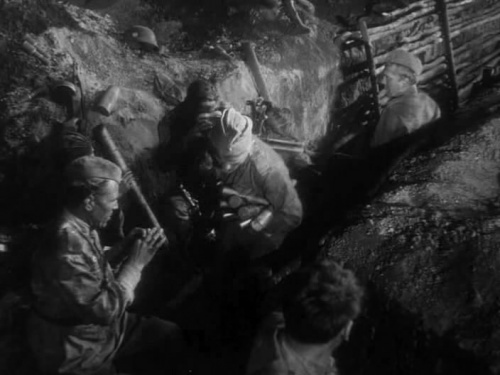 A soldier carries a pile of "Potato Mashers". 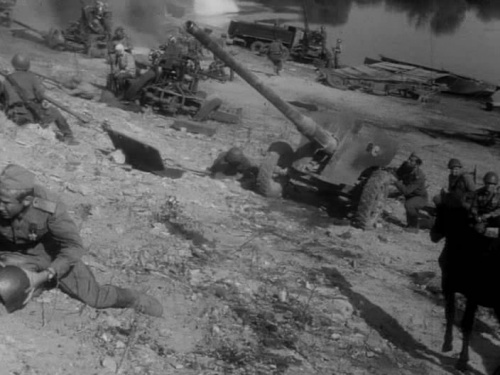 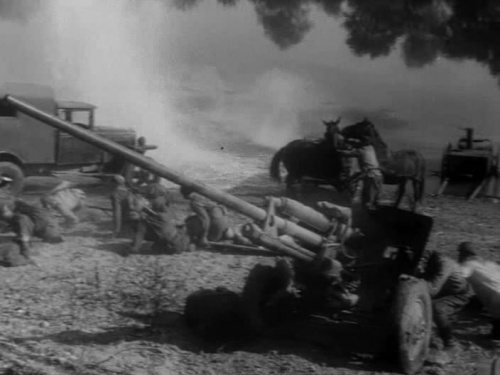