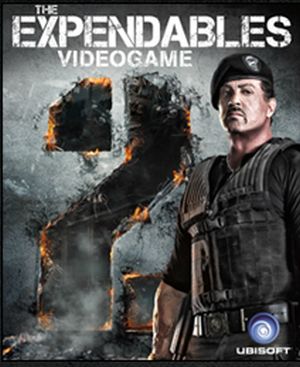 The Expendables 2: Videogame is a four player co-op shooter for the X360, PS3 and PC. The playable characters are Barney, Hale Ceasar, Yin Yang, and Gunnar Jensen.

The following weapons can be seen in The Expendables 2: Videogame:

Barney Ross is seen with his Single Action Army. It is worth noting the SAA used in the films has no front sight but the one in the game does have. 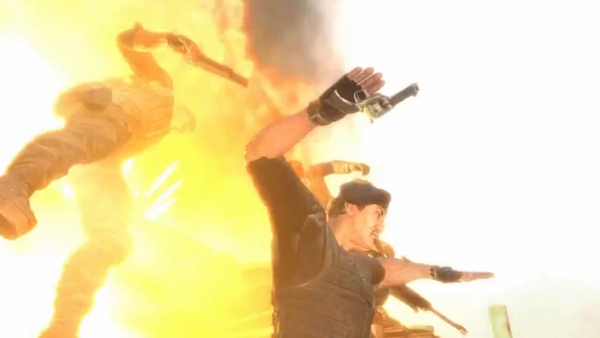 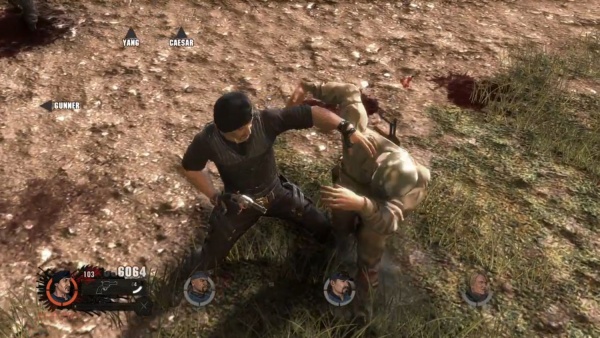 Barney prepares to kill the bad guy with the SAA.

Barney Ross also carries a pair of Custom Kimber Gold Combat II pistols. The game refers to them as "Dual Kimber Pistols". Both pistols come with a 10-shot magazine, that can be upgraded to hold 20 rounds.

One of the Expendables pulls out a Desert Eagle Mark XIX is one of the cutscenes.

Desert Eagle Mark XIX - .50 AE. The newer Mark XIX models are most distinguishable by the scope rail mount above the barrel, clearly visible here. This is the version of the Desert Eagle popularized by The Matrix, and the most common in current movies and TV shows.

The Steyr TMP is used by Yin Yang. It is incorrectly listed as the "MP-9".

Ceasar uses an AA-12 with a CQB barrel. 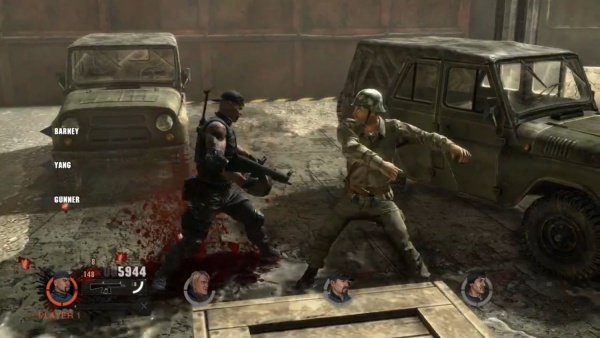 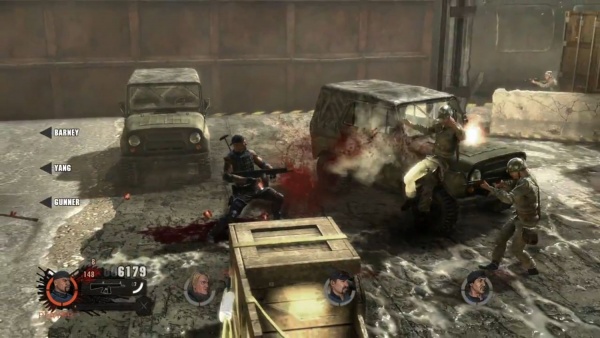 The SPAS-12 is carried by some of the bad guys. It is also possible to pick it up with any character.

One of Gunnar's weapons is a Serbu Super Shorty. 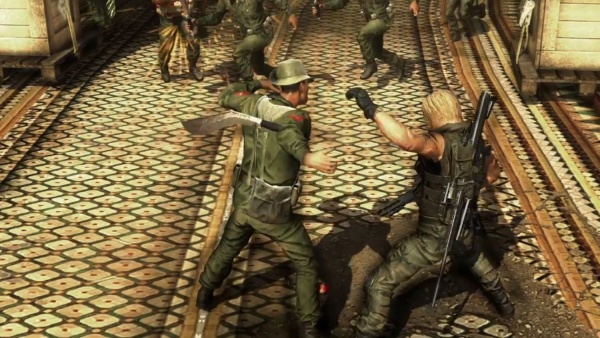 Gunnar with a Super Shorty. 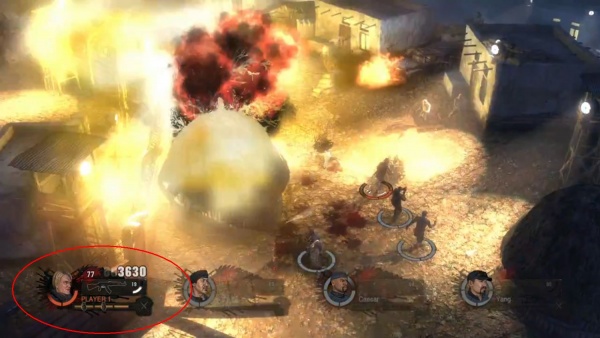 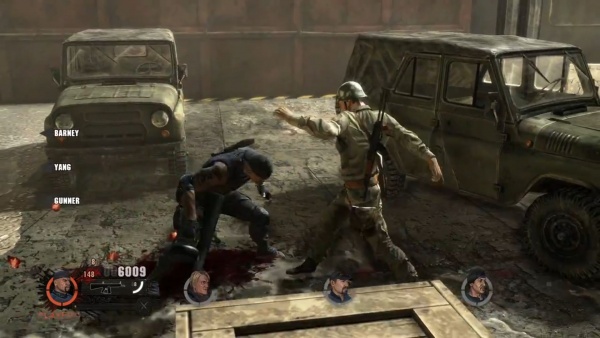 AKMS visible on the bad guy's back.

A Barrett M107 is seen on Gunnar's back when he blows away a bad guy with a Serbu Super Shorty shotgun.

Barrett M107 on Gunnar's back.

A HK69A1 launcher is used by Ceasar. He can fire four shots before needing to stop reload. 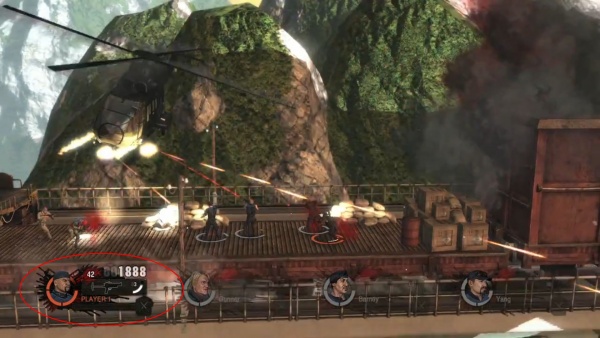 Icon of a Browning M2 machine gun is seen on the HUD. 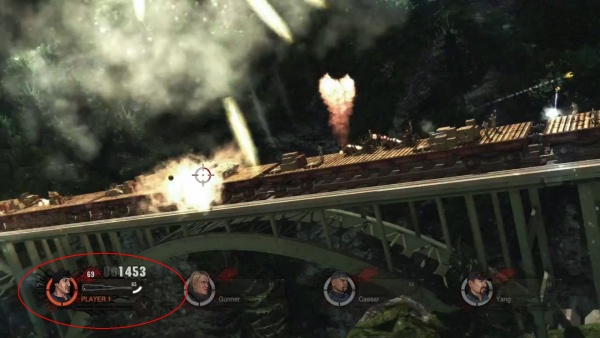 It appears that the Mk 2 hand grenade will be the standard fragmentation grenade in the game.