From Internet Movie Firearms Database - Guns in Movies, TV and Video Games
(Redirected from The Duellists)
Jump to: navigation, search 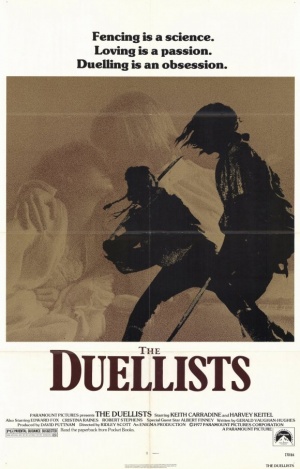 The Duellists is the 1977 historical drama that marked the feature film directorial debut of Ridley Scott. Set during the time of the Napoleonic Wars, the film starred Harvey Keitel and Keith Carradine as aristocratic officers who repeatedly engage in duels, first with swords and then with pistols.

The following firearms were used in The Duellists:

The Brown Bess appears as the standard flintlock musket of the French army during the Napoleonic Wars. 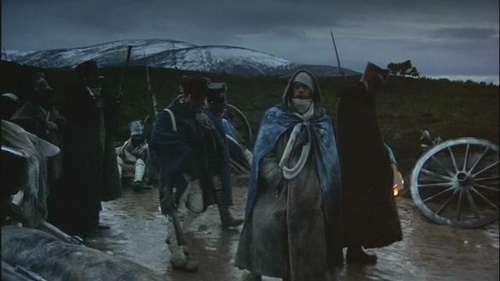 The Brown Bess appears as the standard flintlock musket of the French army during the Napoleonic Wars. 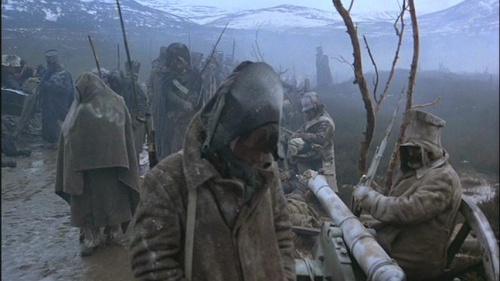 French soldiers march with their muskets.

Pairs of Flintlock Pistols are used by Feraud (Harvey Keitel) and D'Hubert (Keith Carradine) during their aborted duel on the Russian front, and again during the final duel in the grounds of D'Hubert's estate. 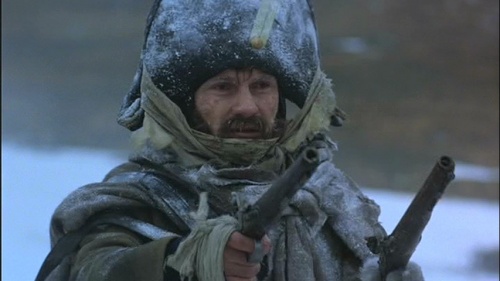 The Flintlock Pistol is dual-wielded by Feraud (Harvey Keitel). 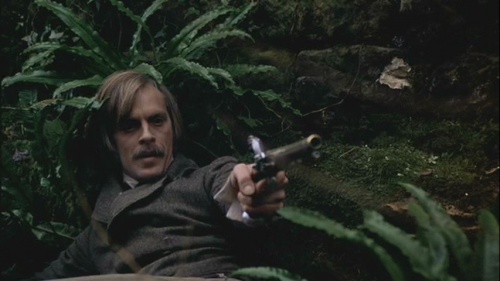 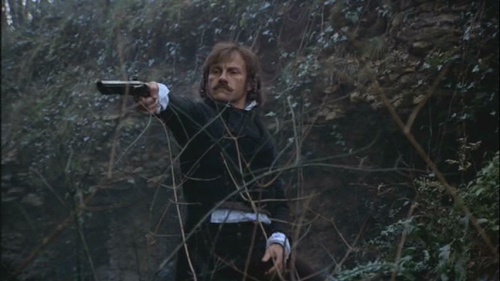