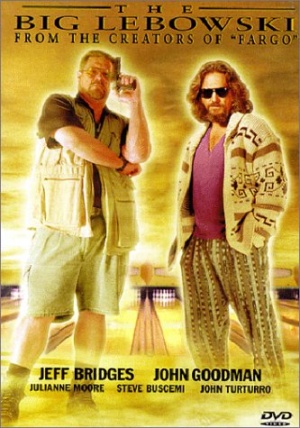 The following weapons were used in the film The Big Lebowski:

Walter Sobchak (John Goodman) pulls a Colt M1911A1 from his bowling bag and tells a fellow bowler he will be in a "world of pain" if he doesn't mark his score correctly. The gun is probably something he carried over from his service in Vietnam. 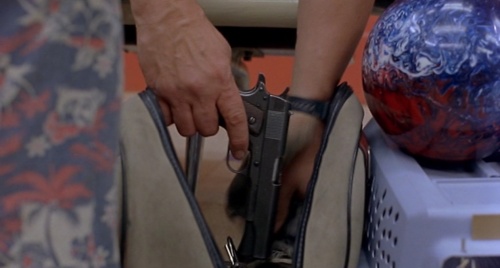 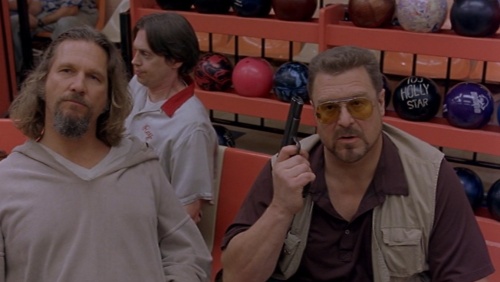 "..You are entering a world of pain."
Walter calmly gives Smokey his "world of pain" speech. The Dude (Jeff Bridges) sits at the left, Theodore Donald 'Donny' Kerabatsos (Steve Buscemi) in the center. 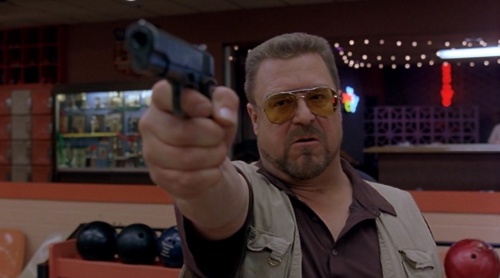 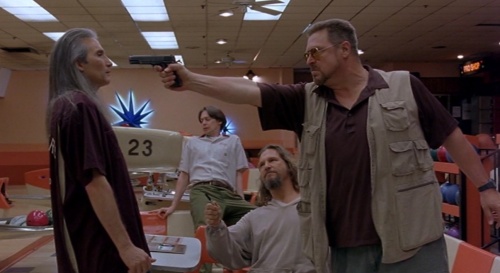 Walter waits for Smokey to mark his score. It should be noted that pulling a firearm during league-play is generally not acceptable.

Walter carries an Uzi wrapped in brown paper when going to meet the kidnappers. The weapon fires upon being dropped on the ground when he exits the vehicle. It is concealed in the paper bag during the entirety of its screen time, only being identified as an Uzi by Walter.

Kieffer (Flea), one of the German Nihilists, whom The Dude, Walter, and Donny encounter towards the end of the film has a Heckler & Koch MP5K. Walter disarms him with a well-aimed bowling ball. 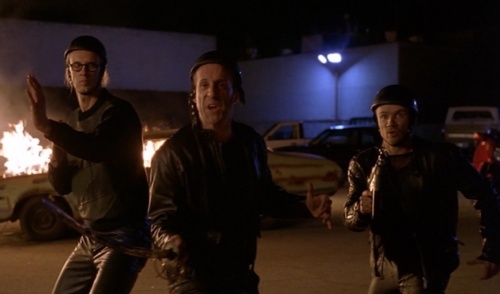 The German Nihilists approach the Dude, Walter, and Donny. 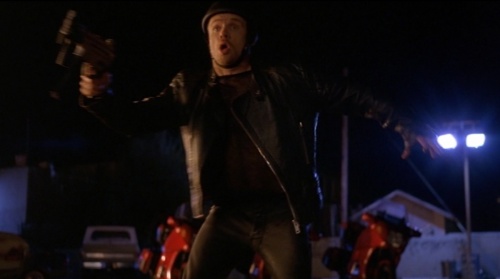