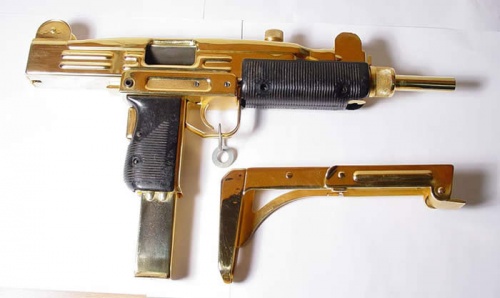 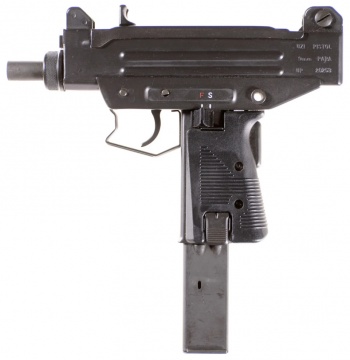 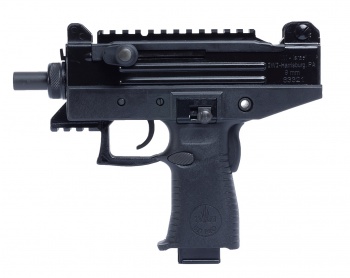 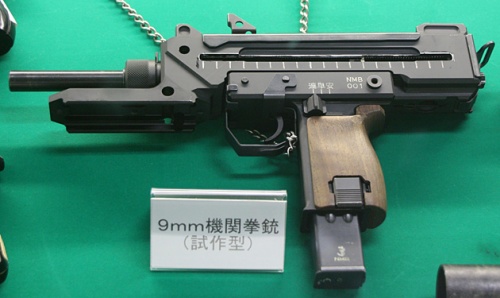 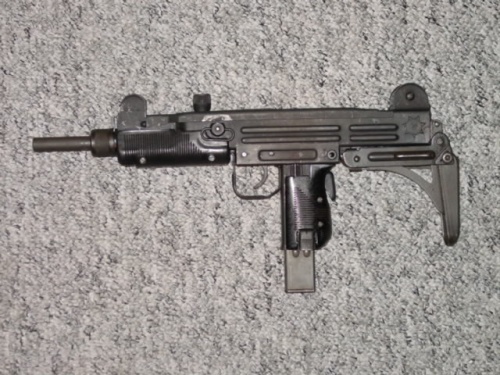 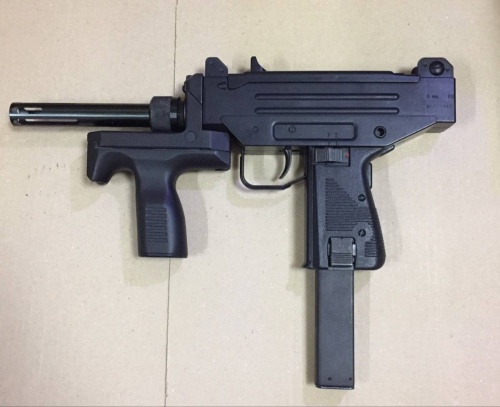 IMI Uzi used by Richard Burton in the film The Wild Geese. One of four identical Uzis used on set. Photo courtesy of the Long Mountain Outfitters 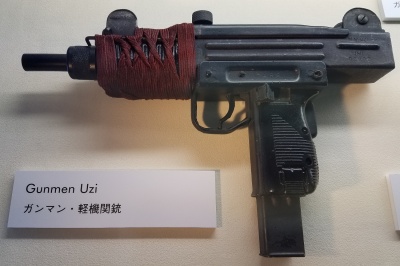 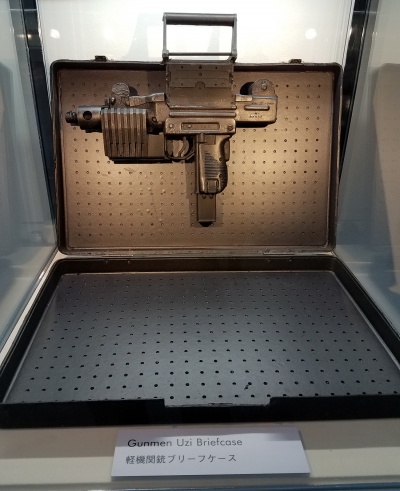 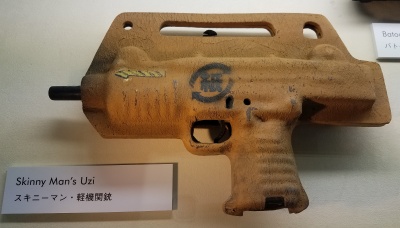 Sorry about the Mini-Ero add but I don't think that there's a single Mini-Ero in the US. Then again I have seen the strangest things in Class 3 Dealers vaults. Rockwolf66 19:48, 19 June 2009 (UTC)

Would you mind makeing a note in the Micro-Uzi section that there is an Uzi pistol that is identical except for being semi-automatic only and missing the folding stock?Rockwolf66 19:27, 19 June 2009 (UTC)

Thanks for putting that out as we are an informaional site and we deal in movie related firearms knowlege.Rockwolf66 19:49, 19 June 2009 (UTC)

I doubt the .41 AE and the .22 isn't very likely either, but the .45 variant has probably been used in a few movies. I also bet it wouldn't be too hard to find a picture of one. That's One Angry Duck

Hi everyone. I was thinking,is UZI looked the same as it looks now in 1950? Was there some kind of prototype? Wow,found one already. Interesting.It looks so.. modern.And that's just 5 years after the WWII was over! Impressive. ;) Littlesoldier1 05:56, 29 April 2012 (CDT)

Video Game section is a mess

The video game section for the full-size Uzi is an absolute wreck. Whoever converted it to table format didn't put a single year for any of the entries. I'll fix it, but whoever did it really needs to do the job right the first time and not half-ass things and leave messes like this for the rest of us to clean up later. Orca1 9904 03:14, 24 May 2012 (CDT)

Does anyone know if they ever put the adjustable rear sight designed for the Mini Uzi on later full-size Uzis? Otherwise I think that means that an Uzi that has an adjustable sight (such as in The Usual Suspects, Falling Down and RoboCop) is actually a Uzi Carbine Model B with a chopped barrel. For example I think the one listed on The Specialists is actually an Uzi Carbine, as you can see the "Action Arms" stamping on the rear of the receiver, who were the Uzi Carbine importers. If this is the case, is it worth putting them in the Uzi Carbine section like with chopped HK94s? --commando552 (talk) 18:03, 23 May 2013 (EDT)