That's a picture showing the upgrade system from a three-hour preview from Games Radar. Is it worth pointing out on that it's (probably incorrectly) labelled as a 'WW II' gun or should that wait til the game itself is out incase this gets corrected? Reno2200 (talk) 08:52, 6 December 2012 (EST)

Well, it's labelling "current weapon" as WW2 pistol, so maybe the Beretta isn't the equipped weapon. Or, given their comments about threats of rape making you want to protect Lara, the developers are all catastrophically stupid and horrible people, so maybe they do think World War 2 happened in the 70s. Evil Tim (talk) 09:02, 6 December 2012 (EST)

I do recall in an early preview seeing what looked like an M1911A1, so it's possible that the Beretta is a seperate weapon from this "WW2" pistol. Also I just saw the trailer at the Spike VGAs, and Lara appeared to have a sawn-down Ithaca Model 37 on her back, though it was hard to tell by how little of it is shown. Though yeah, not much faith in these devs. --QueenSasha24 (talk) 22:33, 7 December 2012 (EST) 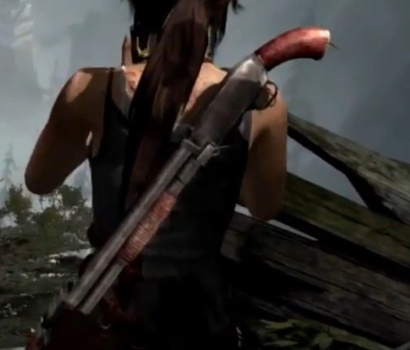 It's a really horrible model, whatever it is. Check out how the stock isn't anywhere near the trigger guard, you'd barely be able to reach the trigger. Evil Tim (talk) 06:16, 17 December 2012 (EST)

If I had to guess maybe a really terribly modeled sawn-down Ithaca Model 37? It seems similar to This, Minus the magazine cap of course, but that could be due to low-poly modeling.--QueenSasha24 (talk) 00:49, 29 December 2012 (EST)

As expected, Game Anyone has leaked the game over a week early: http://www.gameanyone.com/video/530038

So how is it that places like Shambala, Atlantis of the Sands, and this island of lost ships and planes somehow evade discovery by millions of satellite mapping enthusiasts these days? I can understand if they're underwater, buried in sand, or hidden under jungle vegetation, but you'd think a huge mass of wrecks like the end of that walkthrough video showed would have been located, documented, and explored for survivors or human remains rather quickly. Spartan198 (talk) 22:09, 7 March 2013 (EST)

Well believe it or not, the Earth is a pretty big place. Even if Google map have gotten most of the Earth on file, it would be pretty hard to notice one island in the middle of the Pacific unless you are looking for it. These guys WERE looking for it and Sat images gave them a picture of a huge storm in the triangle, blocking view of anything from the air and you can add magic to it that prevents ships and aircrafts from leaving or landing safely. Excalibur01 (talk) 22:46, 7 March 2013 (EST) 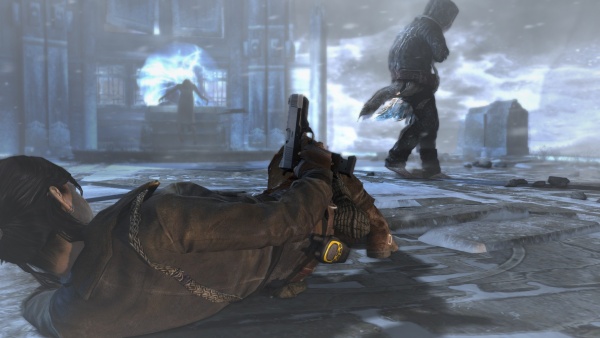 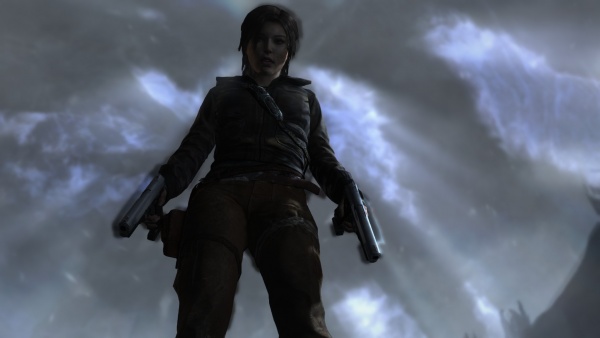 The final upgrade of the assault rifle series turns the Ak into some sort of silly and ugly AR. I can't actually identify because of all the attachments, but it looks like some sort of Galil. - Kenny99 (talk) 00:39, 10 March 2013 (EST) 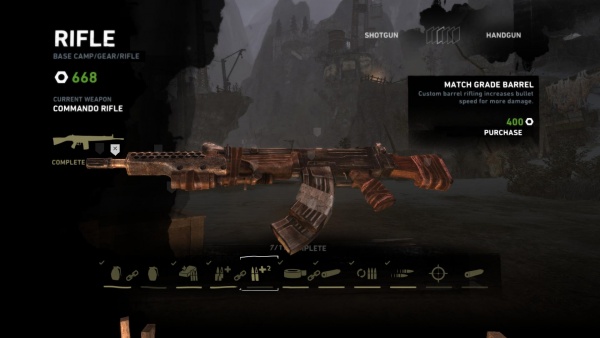 It is a Ultimax 100 Mk 3 with a wooden stock and pistol grip.

Or you can take the initiative and complete it, seeing as you apparently have a whole bunch of screenshots on hand to upload to a file sharing site. Just a crazy idea. ;-) Spartan198 (talk) 17:21, 13 March 2013 (EDT) 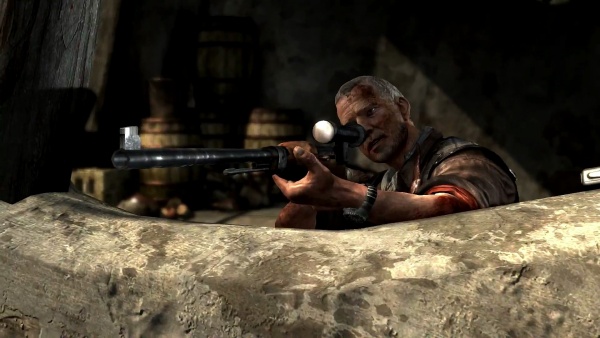 Roth shoots a Solari man attempting to dislodge Lara off a zipline with his sniper rifle. 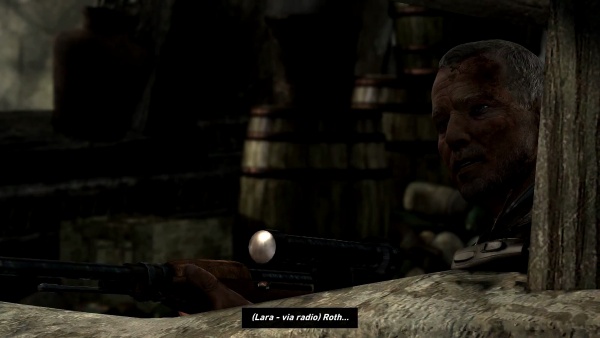 Roth lowers his rifle when all of the Solari men are dead. 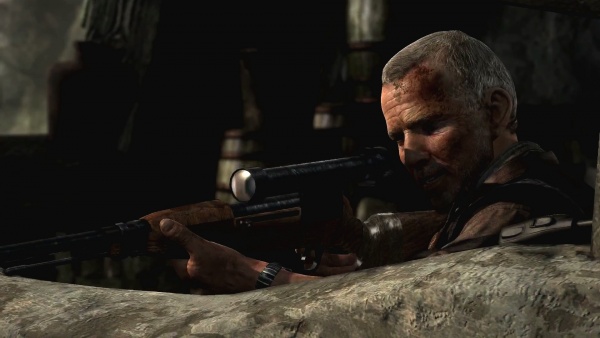 Roth aims his sniper rifle when Lara decides to head to Himiko's palace.

What's up with the upgrading system...

Man, this game is excellent, but it has the silliest upgrading system ever! I mean, some of the upgrades look so silly and ridiculous, I refused to put them on my guns because they simply looked weird.

What's even worse is that once you fully upgrade the assault rifle and get all of the add-ons, you get a Frankenstein of a gun that looks as if somebody just glued random pieces of metal, wood, and polymer together and called it a gun. To be honest, I strangely liked the gun better when it looked like an AK rifle rather than the Frankengun it is when fully upgraded LOL! - Kenny99 (talk) 02:41, 28 July 2014 (EDT)

I sort of assume the three parts are the barrel, stock and receiver and she upgrades the previous gun by throwing it away when the programmers aren't looking. Evil Tim (talk) 13:19, 22 November 2014 (EST)