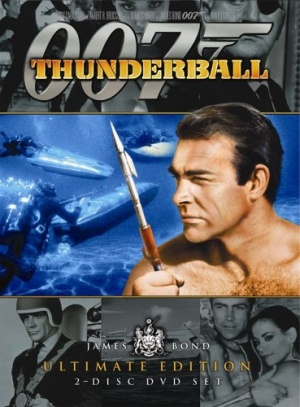 Felix Leiter (Rik Van Nutter) fires a rifle with a scope at a shark to distract the other sharks as Bond dives.

The upper handguard on the rifle gives it away as a M1 Carbine variant. It may be one of the Iver Johnson M1 carbines that had a pistol grip stock.

There is another possiblity,the French Unique .22 Model L pistol/carbine combo,which featured a pistol that fitted up into the "M1 carbine"-like stock, which got around ATF regs due to the fact the carbine setup had an 18 inch barrel. Leiter is holding the carbine the way one would hold this model.

It also isn't a Unique .22 Model L pistol/carbine, as that has a square upper handguard rather than rounded, and is pretty much made of solid wood with a hole for the ejeection port, as opposed to this thing which has a metal receiver visible. --commando552 04:47, 10 February 2012 (CST)

Actually there were Model Ls with more rounded corners and more metal around the receiver. I have an photo of one and if my skills at posting images were better, I'd post it. Also other screencaps show Van Nutter holding the rifle showing the brown of the inserted pistol's grip. I'm positive it's a Model L.--Tecolote (talk) 03:06, 3 September 2014 (EDT) 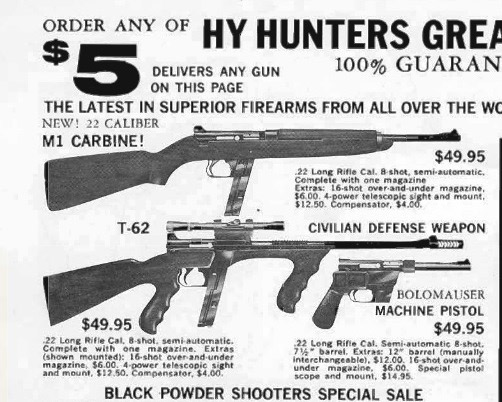 Are there any stills of the poison gas weapon used to kill the real Derval? These are images of Ken Adam's original 1965 artwork and the 1976 Church Commission CIA poison dart pistolFoofbun (talk) 17:29, 14 November 2020 (EST) 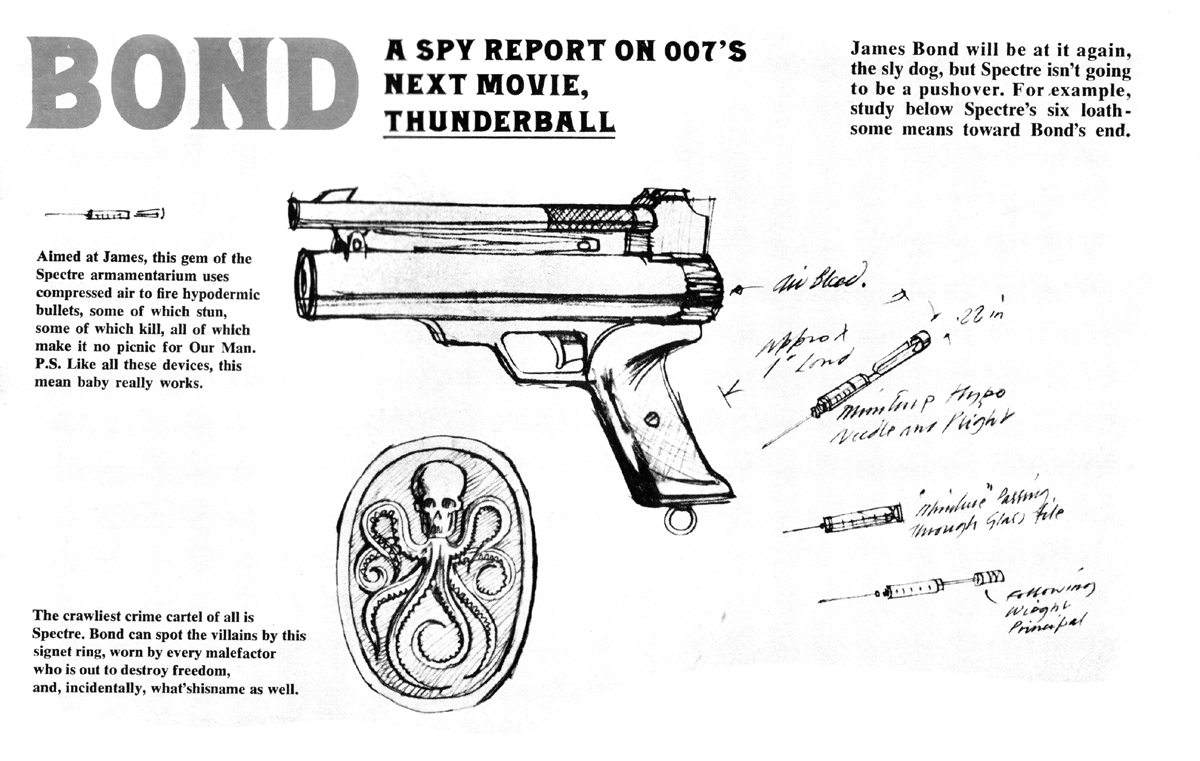 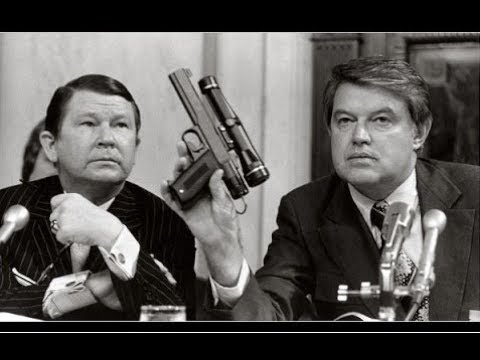