Add screenshots and make captions under them in English. 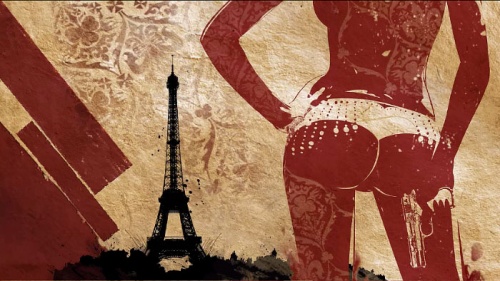 Really? The first thing you looked at was the Smith & Colt?

Definitely not a Gewehr 43. 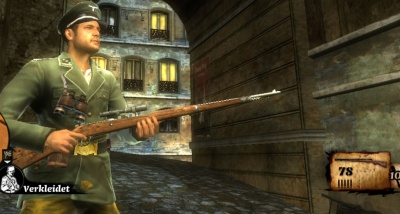 Why is the MP40 listed as a rifle instead of a submachinegun?

Resembles the 2nd model S&W Hand Ejector. ".44 Special" was one of the calibers available for this revolver, and the name of the gun appearing in the game might be in reference to this round and not the "Magnum". Notice that the revolver is never referred to as a "Magnum" in the game. Whether or not this was the intention of the game designers I can't be sure.--Phillb36 03:46, 28 January 2011 (UTC

Also can any one tell me what type of gun the terror scoped rifle is???????

Can someone help me, User:Cbeattie keeps reverting my edits like he knows better than me, can we settle on what this revolver is please, cause I think I got it right. - Mr. Wolf 13:14, 30 July 2011 (CDT)

Its a Smith and Wesson 44 hand ejector 2ND model

I say remove the whole section, fictional weapons should not be here, especially without PICTURES. The Terror MP60 is clearly an AA-12, but the Terror Sniper is not real. I'm sure Cbeattie will like my idea to remove the gun, right? ;-) - bozitojugg3rn4ut 16:11, 7 September 2011 (CDT)

And yet about guns

What is most interesting in this game has a lot of weapons, that don't appears in game and respectively don't used (including sniper's SMLE). However, they can be obtained by mods. If you want, I can describe these guns, putting a information about them on the main page, or on the talk page. --Slon95 (talk) 09:53, 5 March 2016 (EST)