Aside from an interview from two years ago, is there any evidence this game is still being developed? There's no mention of it on the developer's website. --Funkychinaman (talk) 10:41, 21 October 2014 (EDT)

Six Days in Fallujah is an upcoming tactical shooter video game focusing on the Second Battle of Fallujah of November 2004. Although many sources claim that the game was cancelled because of its controversial content, the game is still in development, and according to the developers, is "definitely not cancelled".

The following weapons appear in the video game Six Days in Fallujah: 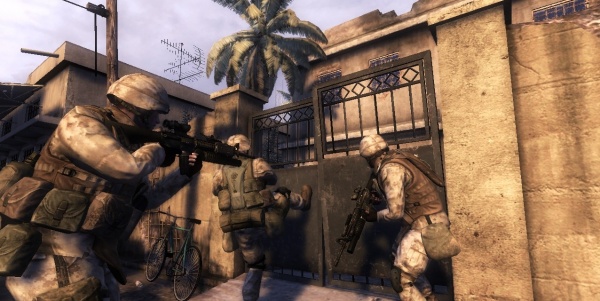 A U.S. Marine provides cover as his team makes entry into a courtyard.

AK-47 derivatives are seen in hands of Iraqi insurgents.

An Iraqi insurgent prepares to ambush a team of U.S. Marines with his AK-47.