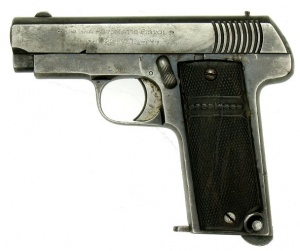 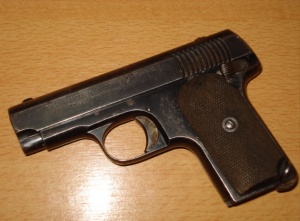 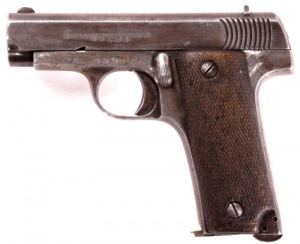 Gabilondo is not Star

Star is Bonifacio Echeverria. Gabilondo y Cia was Llama, but they didn't start using the Llama trade name until the 20s, after the production of the Ruby. It should be referred to as the Gabilondo Ruby, not Star, as they introduced the design and were the primary contractor. Echeverria / Star did actually make some Rubys, but they were subcontracted by Gabilondo to make them for Gabilondo to sell to the French. - Nyles

Rename to just Ruby pistol to encompass the entire range of Ruby-like pistols made under a variety of names?

Echoing some ideas from the above thread, maybe this page should be renamed to Ruby pistol since Star Ruby was just one of the trade names of this type of pistols. The name is also pervasively misused on pages as if Star manufactured all those pistols by themselves, like "Cebra Star Ruby" on The World in My Pocket, Cebra being a trade name used by Zulaica y Cia and not Star. --Wuzh (talk) 03:47, 9 November 2018 (EST)

I see that the title Star Ruby is a legacy of an error in the very first version of this page: "However, most Ruby pistols were in fact produced by the Spanish firm of Gabilondo in Eibar (Star)." This sentence was corrected, but the title remained. BTW, a image Gabilondo Ruby can be used on Star Bonifacio Echeverria page as Bonifacio Echeverria was a subcontractor for Gabilondo. Greg-Z (talk) 14:56, 9 November 2018 (EST)