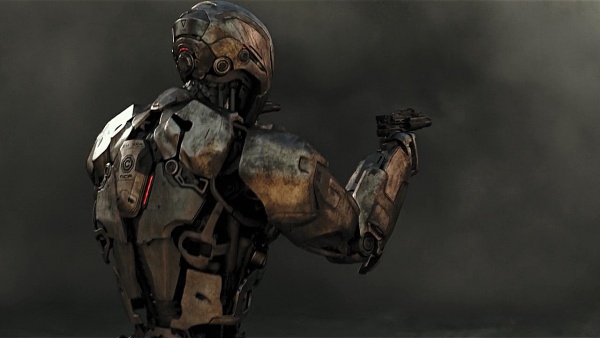 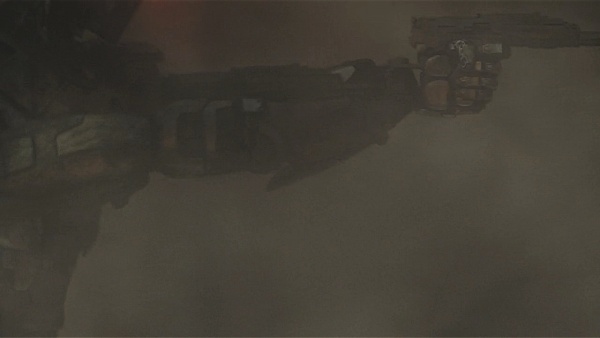 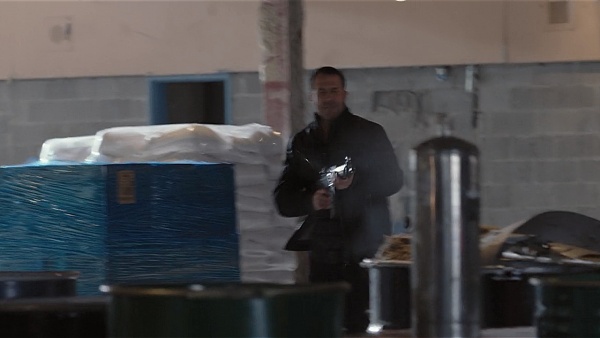 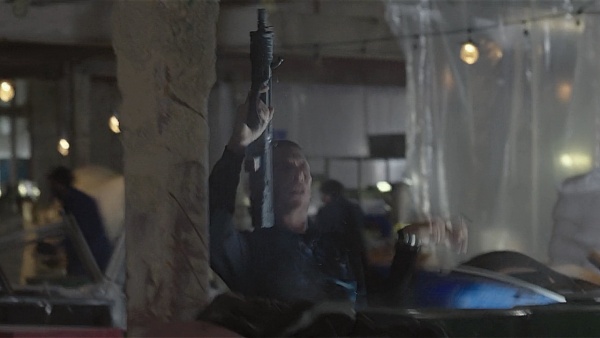 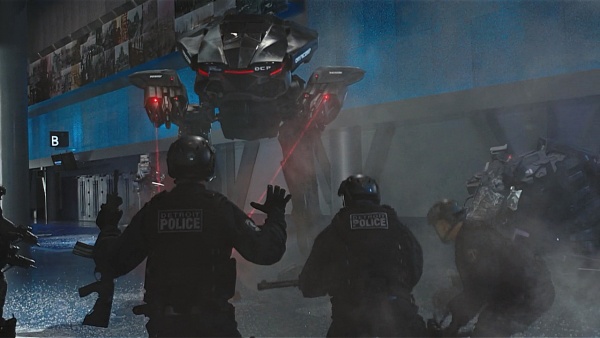 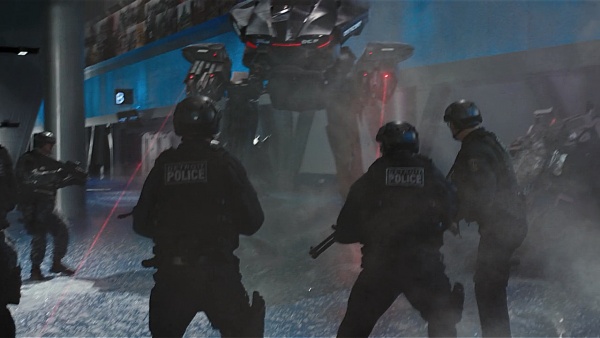 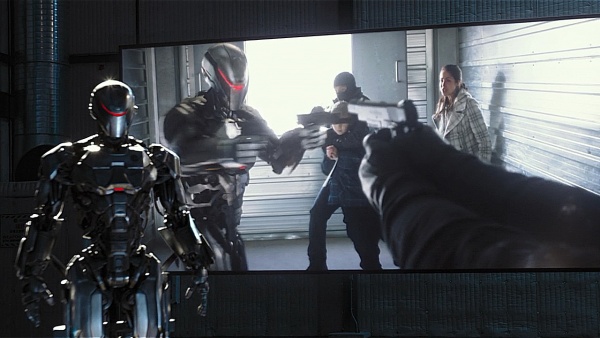 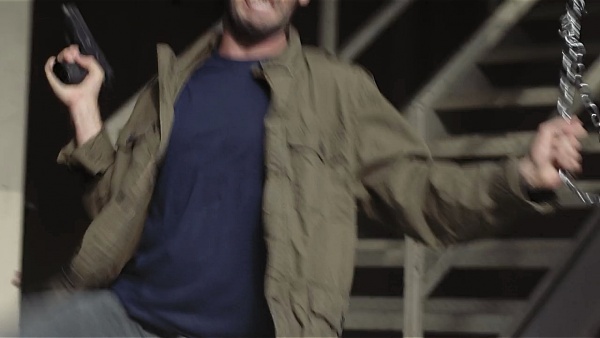 Just seen it guys (released yesterday here in Italy), it's an AWESOME movie and this is coming from a hardcore fan of the original! Ps:added a couple details for the main gun and the smg Purifier

Since the film is now out in theaters, I think noone will mind if I go ahead and put the 'Now Showing' template up. Also, a promo clip/semi-trailer on YouTube focuses on the gunplay/weapons - might be good for some images. I have to say I honestly think the SMG is a modded Spectre M4. Anyway - http://www.youtube.com/watch?v=2QjXhapNmvM StanTheMan (talk) 15:40, 12 February 2014 (EST)

I highly doubt that it is a Spectre M4 in there, as the ejection port is in completely the wrong place. It is located above the pistol grip rather than above the magazine, which would suggest that the external obvious magazine is purely for show, and that if it is a real gun, it is actually based on a pistol rather than an SMG. Also, when Mattox cocks it in the linked clip, you can see that he is manipulating a "bolthandle" right at the back of the gun. This makes sense if it is an operating rod to work a hidden slide, but not so much if it was an SMG with a conventional layout. --commando552 (talk) 19:34, 18 February 2014 (EST)

After seeing it in the film and getting a better look at it, yeah I have to agree with ya really. That said, I do wonder what is under that hunk if it is a real firearm. StanTheMan (talk) 21:35, 18 February 2014 (EST)

Great movie, I saw it Saturday. I could have swore several of the OmniCorp guards were armed with IWI Tavor TAR-21 bullpup rifles... Sure looked like them.

I think the caps of the CTARs and the one below are actually X95s because they have a very distinctive handguard compared to the standard Tavor Excalibur01 (talk) 22:44, 16 March 2015 (EDT)

This one is clearly an X95 converted to 9mm.

I noticed that EM-208 bots are weilding unknown pistols. Any ideas ? User:Kliwher

I was surfing the RoboCop Wiki, and it seems that the original RoboCop's Auto 9 did appear in some promotional posters. Too bad it didn't make it into the movie. --CnC Fin (talk) 16:45, 25 January 2015 (EST)

I got some additional images of that gun myself (and a few other things) I was gonna post up in a day or two. Best I can tell it's shell mockup like the RoboCop guns. If I had to make a guess, the prop likely houses a 5.56 carbine, either a Ruger AC556 or possibly a Galil - The latter would make sense given their considerable appearance in the film. One of my images shows it clearly ejecting what appear to be 5.56 blanks, so definitely something of that sort in there. StanTheMan (talk) 23:59, 9 March 2015 (EDT) 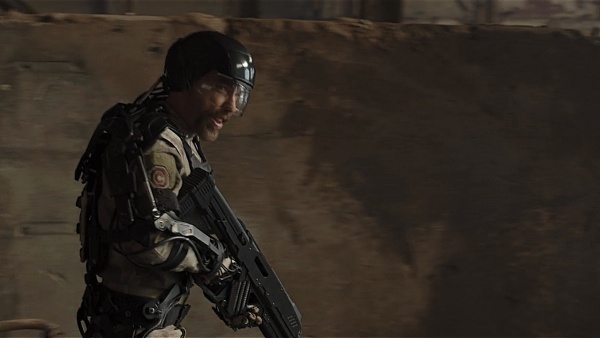 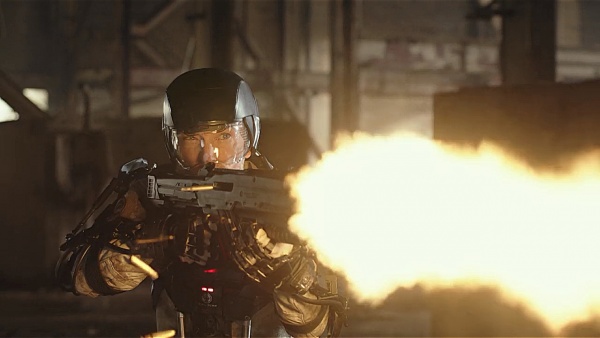 Here's a promotional image I found. 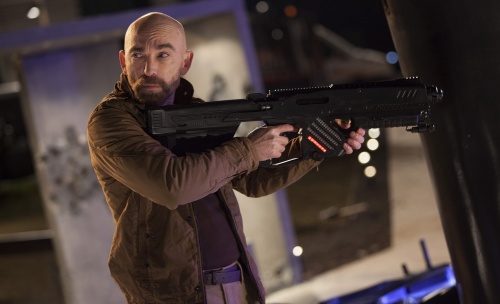 Good catch, I definitely agree that it looks more like there's a flattop AR variant under there in that shot. StanTheMan (talk) 22:20, 17 March 2015 (EDT)