VeloDogs have been made by countless companies in countless grades, so finding the exact version is almost impossible. Here is a sample close to what is in the movie: [2] . --Slon95 (talk) 17:29, 3 October 2019 (EDT) 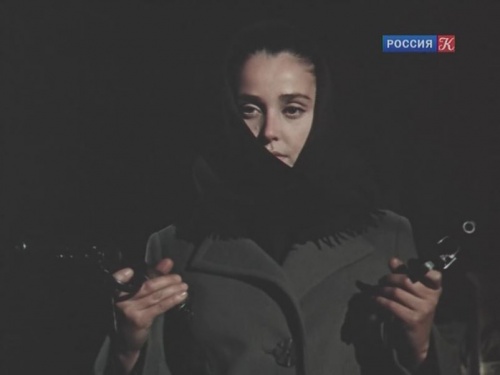 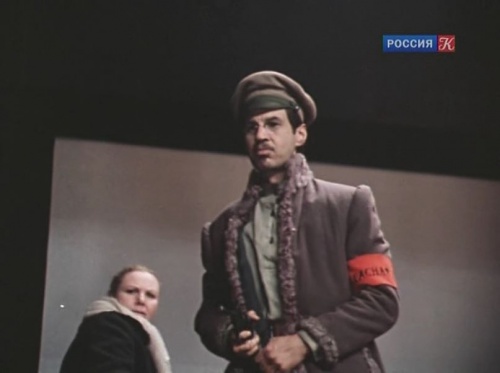 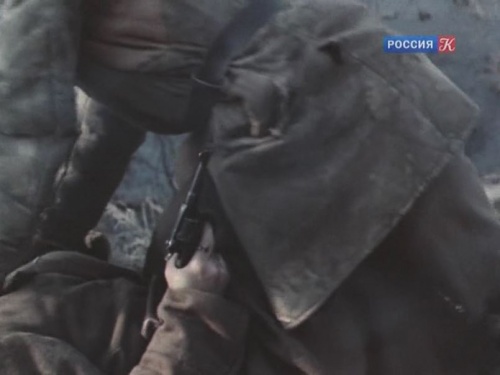 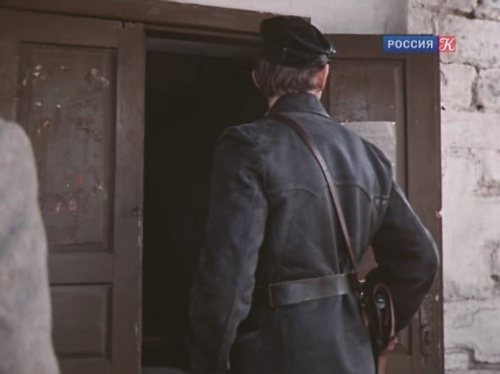 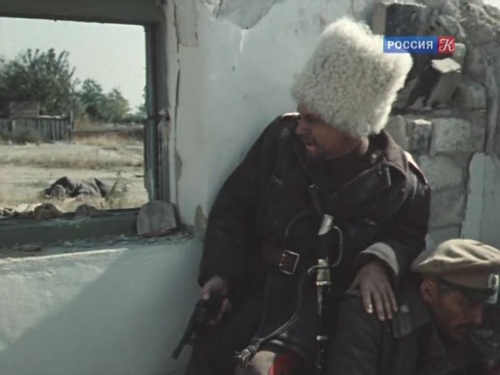 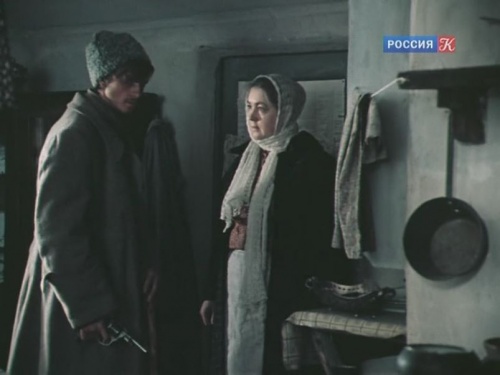 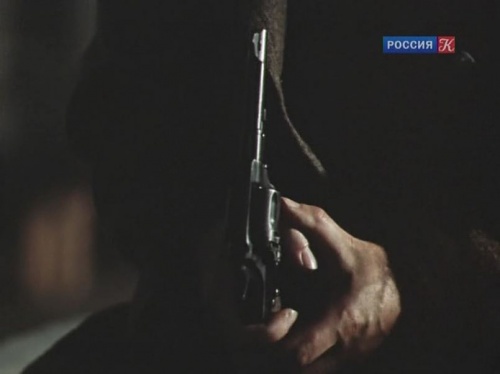 Roshchin looks in the muzzle of his revolver with minds about suicide. 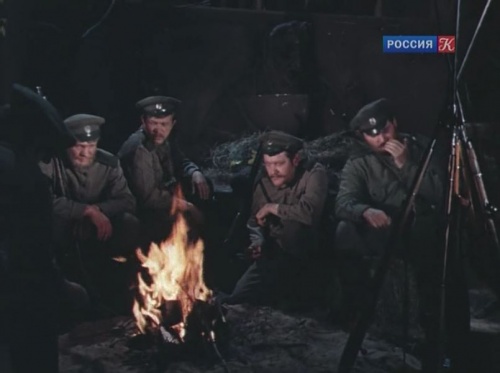 Russian soldiers on night rest in Ep.2. Some rifles have bayonets attached backwards. This is a exclusively cinematic practice; in reality such practice was banned by service manuals. 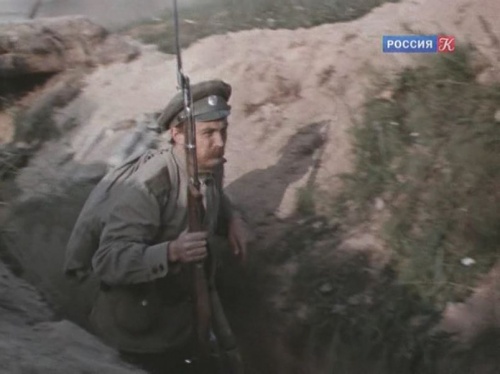 A field telephone operator with an M91/30 rifle. 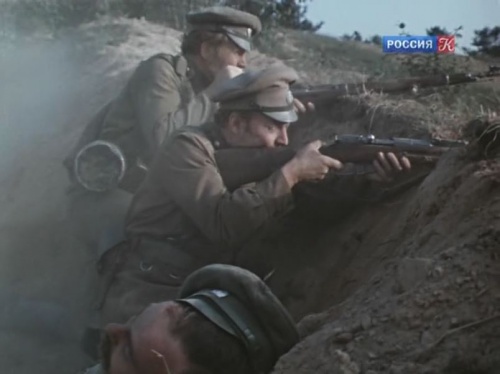 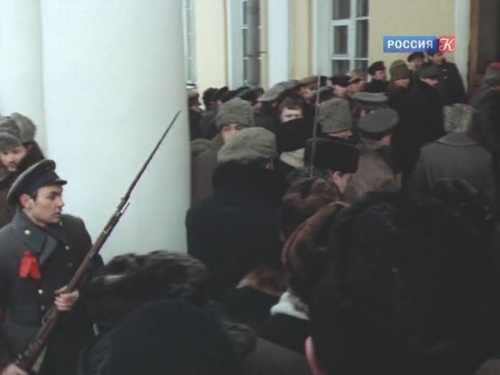 A revolutionary holds an M91/30 rifle (at the left) during the events of Russian revolution in Ep.4. 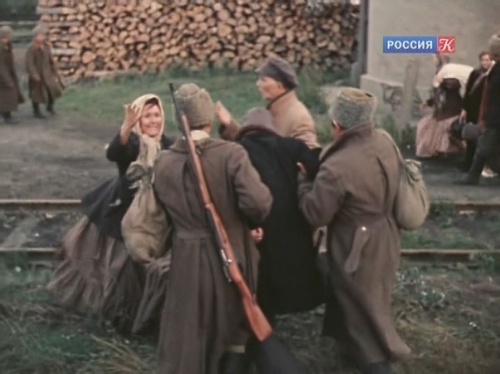 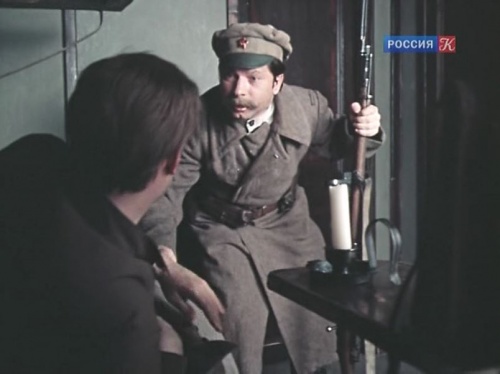 A Red soldier (Gennadi Krasheninnikov) holds a rifle with bayonet in Ep.6. 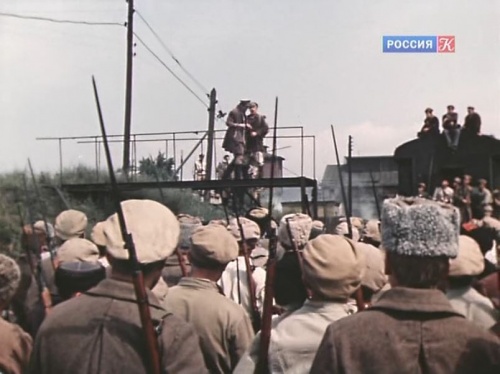 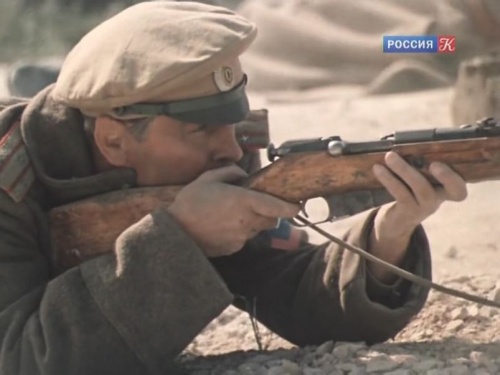 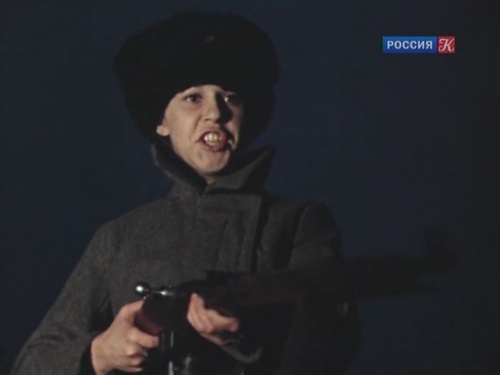 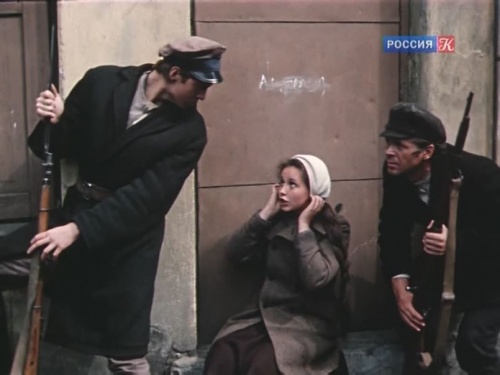 Ekaterinoslav workers during the uprising (Mikhail Selyutin at the right). 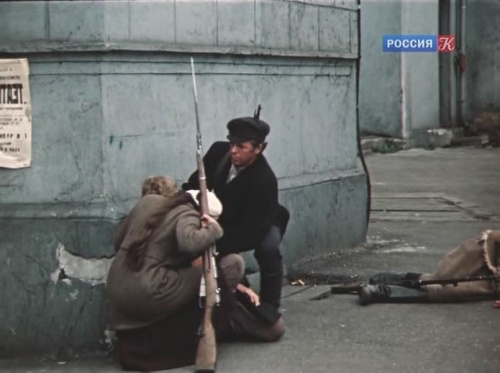 Marusya (Lyubov Chirkova-Chernyaeva) with a rifle, taken from killed enemy. 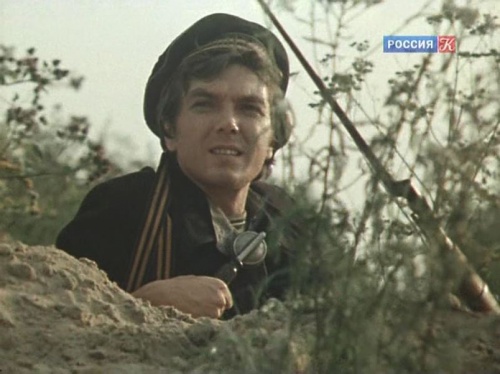 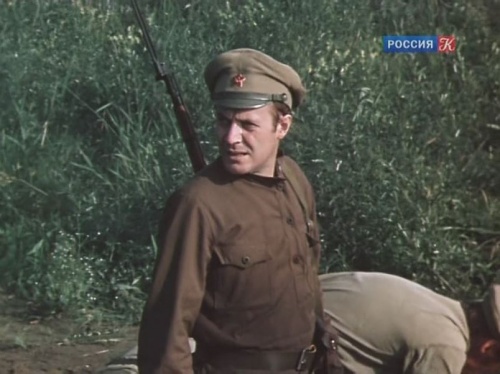