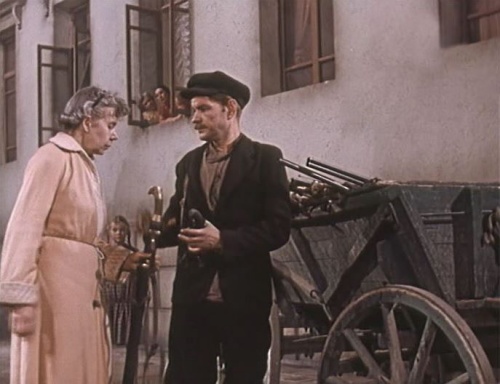 During the confiscation of weapons in the town a gentlewoman surrenders a Nagant and a Cossack shashka (kind of sabre) to a Red Guard. 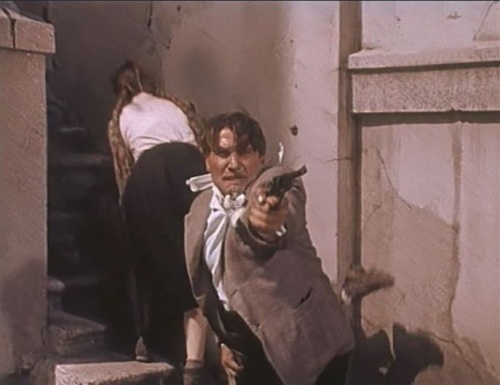 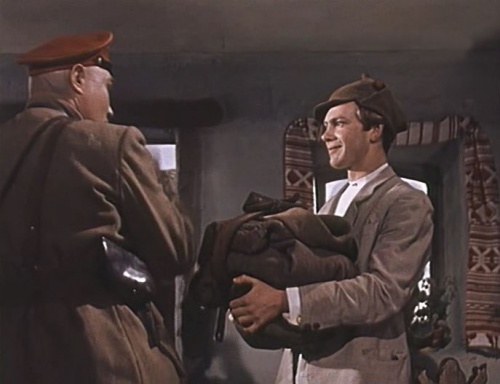 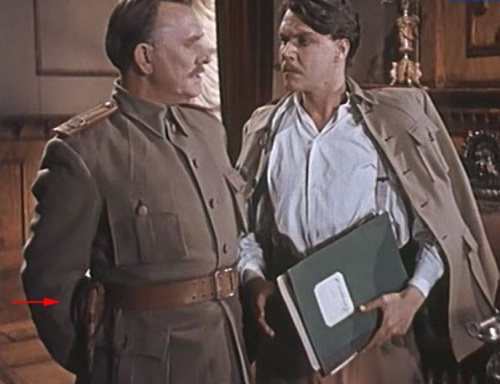 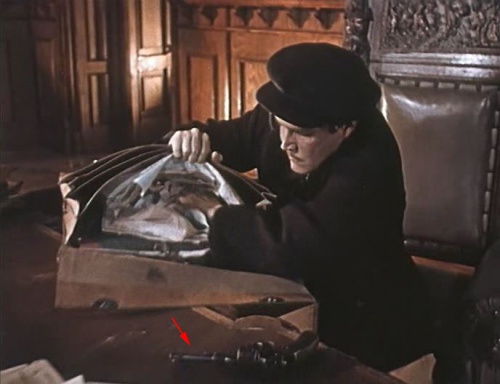 Orlovskiy's Nagant on the table. 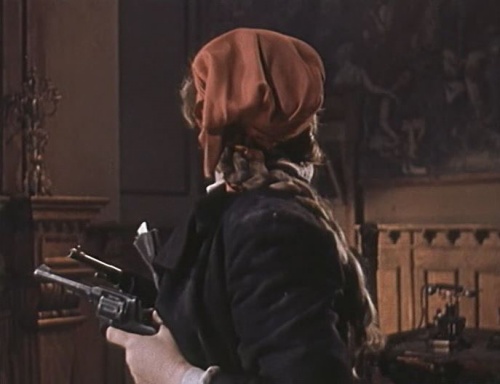 Olga holds a pair of Nagant, her own and the one of Orlovskiy. 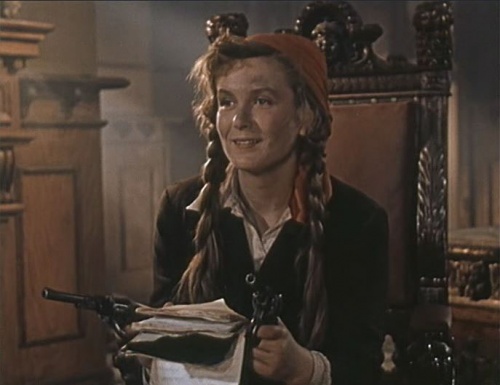 Another view of Olga with two Nagants. 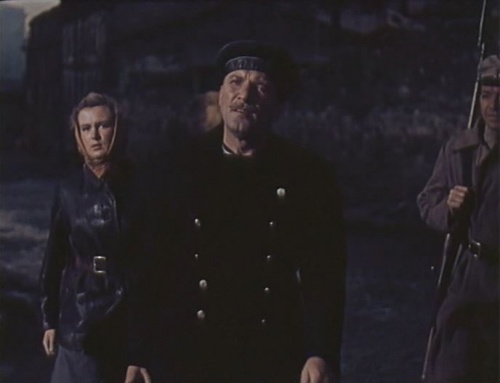 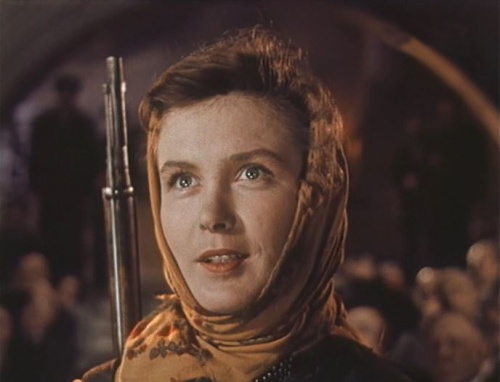 A close view of the barrel of Olga's rifle. 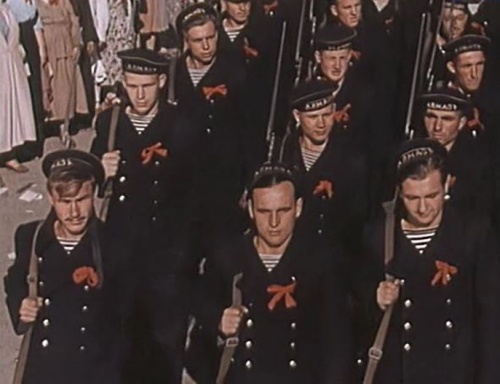 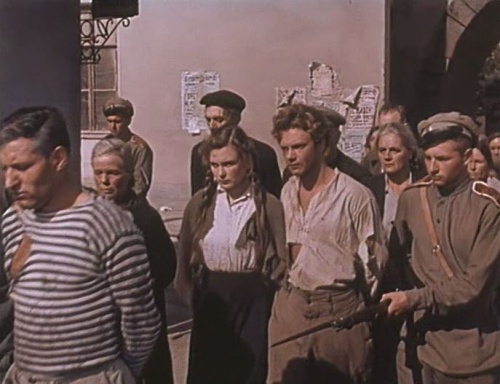 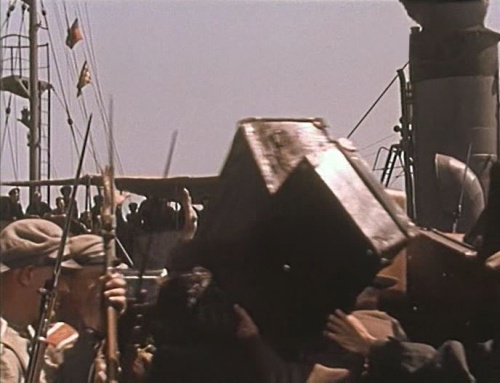 Rifles are seen in hands of soldiers when the White troops flee the town. 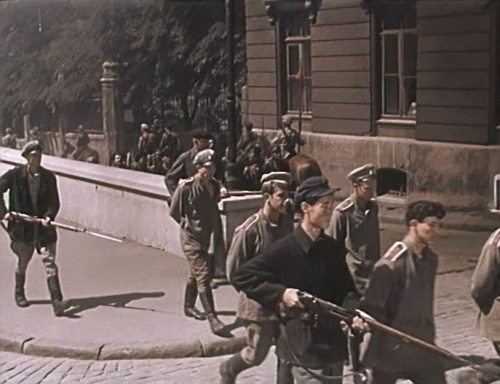