Denys Finch Hatton was born in England on April 24th 1887, the son of Henry Stormont Finch Hatton, Earl of Winchelsea and Anne Finch Hatton (nee Coddrington), a daughter of a former Admiral of the British Fleet. Educated at Eton and Balliol College, Oxford, Denys was a natural sportsman and scholar of the arts. In 1911 the 24 year old Denys bought land in British East Africa as an investment which would give him the freedom to spend his time hunting. He would spend every Autumn and Winter in Africa doing just that.

In 1925 he became a professional big game hunter and took numerous wealthy and distinguished clients on safari - including H.R.H. the Duke of Windsor (the then Prince of Wales). His taste for adventure led him to learn to fly, and it was on May 14th 1931 that he died in a fatal plane crash in his Gypsy Moth near what is now the Tsave National Park, Kenya. He is buried in the Ngong Hills and an obelisk marks his grave to this day.

The story of Denys Finch Hatton and his love affair with Karen Blixen (his only known romance) is immortalised by Robert Redford and Meryl Streep in the Academy Award winning film "Out of Africa" (1985). 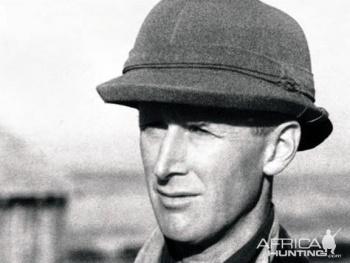 In its original leather red beige lined case with initials D.F.H. This rifle is extremely accurate and a target is available. 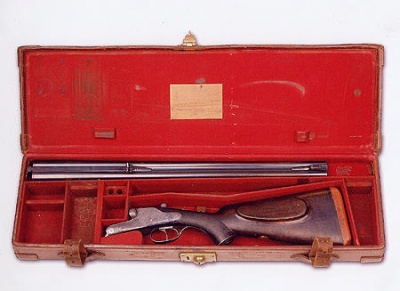 Lancaster in its carrying case 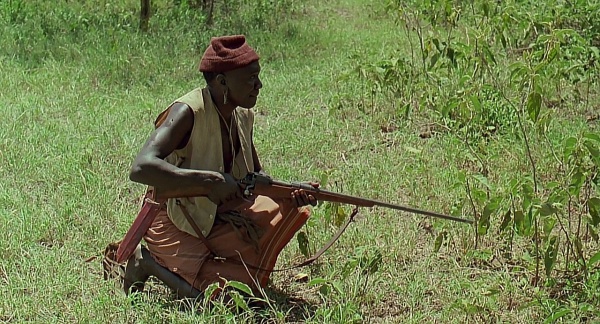 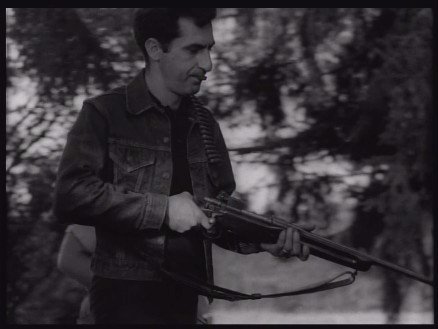 From Night of the Living Dead.

It's a either a sporter M1917 Enfield or the British predecessor the Pattern 1914 in .303.Pay attention to the rear sight and the unique bolt handle design. Considering that the movie was filmed in Africa I would lean towards the P14, but there were not many versions of the .303 made and the 30-06 American version exceeded a million. Thousands of the 30-06 version were given to England in the early days of World War II under the Lend Lease Act. So it might be the Model 1917.Really it's six of one and half a dozen of another. --Jcordell 23:18, 15 September 2011 (CDT)

i believe the rifle karen used in the movie is a westley richards 318 caliber mauser sporting rifle .............DALEMAC37 yeah after taking another look karens gun is a mauser sporter because if you look at the left side of the gun you can see it has a mauser bolt release and a mauser safety !.......[[dalemac37

You're right. It's a Mauser actioned rifle. The real Karen carried a Westley Richards Mauser magazine rifle in .318 Westley-Richards during her time in Kenya. I've changed it. Interesting article that I found addressing this fact. --Jcordell (talk) 18:18, 29 April 2016 (EDT) http://revivaler.com/318-westley-richards-magazine-rifle/