The following weapons appear in the video game Medal of Honor: Heroes: 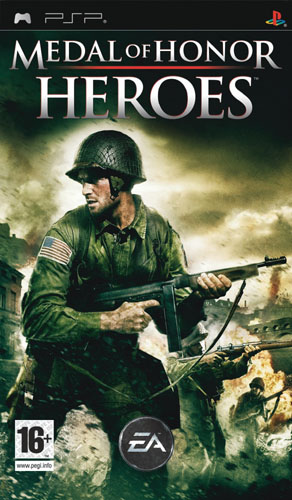 The M1911A1 is the first available sidearm on every level. Referred to as the .45 Automatic. 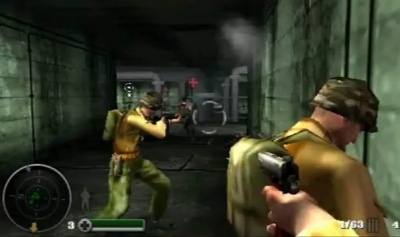 German sidearm in the game is the Luger P08 and can only be used in the last level. It holds an incorrect 7 round magazine.

The starting weapon for the player in almost every mission is the Thompson M1928A1. 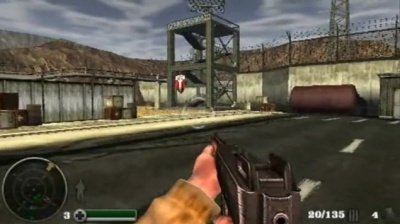 The MP40 is used by the Germans in every level. It has a fast rate of fire in Campaign, unlike in real life.

The Browning Automatic Rifle is available in a few of the levels.

The M1 Garand is available in a few of the levels.

A scoped Lee-Enfield No. 1 Mk III is briefly seen in the campaign. This could be considered inaccurate, since the M1903A4 Springfield was the only bolt-action rifle used by US forces. It's probably safe to assume the SMLEs in game were left behind by British soldiers, except that they moved to the No. 4 in 1940.

The Sturmgewehr 44 is used by the German officers. It can be found laying around in some of the levels.

The Karabiner 98k rifle is used by the Germans in every level.

The scoped version of the Gewehr 43 briefly appears in the game. Called the "Gewehr Rifle" in the game; this is a redundant statement, since "Gewehr" means "Rifle".

Available in a few levels is a Winchester Model 1897 Trench Gun.

An M9 Bazooka is available only in the last mission, next to the wrecked Sherman.

A Panzerschreck is seen and used by the Germans in some of the levels.