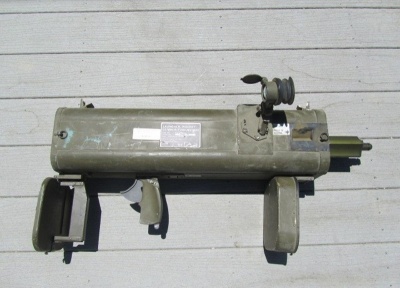 I have no idea. But I do know this. When I went through basic training in 1986 at Ft. Leonardwood, Missouri we asked an instructor about the M202. We were told that they were obsolete and being phased out. I spent 14 years (1986 - 2000) on both reserve/national guard duty and regular army and I never saw one. I did get to fire a Dragon rocket launcher once, but they were also gone by the time my ETS rolled around on 02/14/2000.Have you Googled?--Jcordell 23:23, 7 October 2010 (UTC) 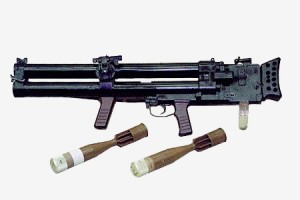 I thank funkychinaman for the image. Aside, we could add this on the M202A1 Page if it is seen in any Films, Games, Anime.

That isn't an XM191. That is a Russian over and under double barrelled grenade launcher called the DP-64 (there is also a clue in the file name). I don't have an image of the XM191, but i believe it looked very similar to the M202, being four barrelled and having the front section being a solid rectangular block which the launch tubes extended rearwards from. --commando552 (talk) 08:16, 17 January 2013 (EST)

Damn, from the side, I thought it was. Now I don't think it will make a appearance.--Alkillmatic (talk)

It says that it listed in inventory for the US Armed forced in Afghanistan. I wonder if they are still using the older ones produced in the 1970's or have been upgraded, or if the info is even true at all. -- Scattergun

The HEAT rocket clip never existed, there isn't a single source to support it.