Aldo the Appache's knife is likely a fictionally built knife by a fantasy blade designer, but it is definately based on a Bowie knife. - Gunmaster45

Er...he said "rifle." Which was addressed in a post directly below me. -SasquatchJim.

Aldo usses a Kar98k with "Inglourious Basterds" carved into the stock.

I still think Shoshanna's pistol has to be an FN 1906 Baby Browning. It can't be a Colt Vest Pocket, as it obviously has a distinct rear sight, whereas the Vest Pocket just has a groove on the slide. A Baby Browning is about the right shape and size and actually has the distinct front and rear sights of the pistol in the film. http://auctionrssfeed.com/images/baby_browning.jpg

I don't like to just edit other people's work, but this artlicle is full of spoilers for a fairly new movie. Would anyone object to the editing (or at least spoiler tagging) of most of the descriptions and captions?--Spikemonkey 18:41, 29 November 2009 (UTC)

I agree. Some of the spoilers are ridiculous. Like the final screenshot of the Luger P08. We ALREADY have pics of the actor with the gun, and yet ANOTHER pic which shows the death of a major character is added on unnecessarily. This actually violates the IMFDB rules regarding Spoilers. Spoilers are allowed only if unavoidable. These spoilers are VERY AVOIDABLE. MoviePropMaster2008 02:17, 14 January 2011 (UTC)

The picture of Eric with the shotgun... I don't believe he fired a single shot in that scene. The explosions in front of him are bullets hitting glasses that were sitting on the bar. Eric was killed before he could bring his shotgun to bear.

He did fire it. Look at this screencap. 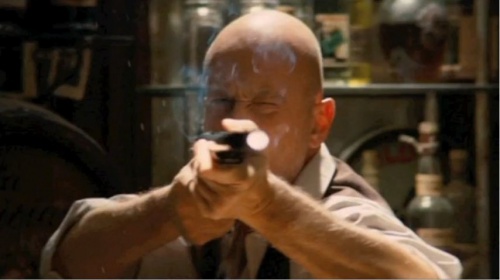 no , hew shoots hugo stigletz just before he gets killed by whilhelm wikki. simmons 8492

I think the Americans in Nations Pride are actually using M1928A1 Thompsons, because they have the simple rearsights. Why those Thompsons are fitted with a vertical handguard is beyond me. 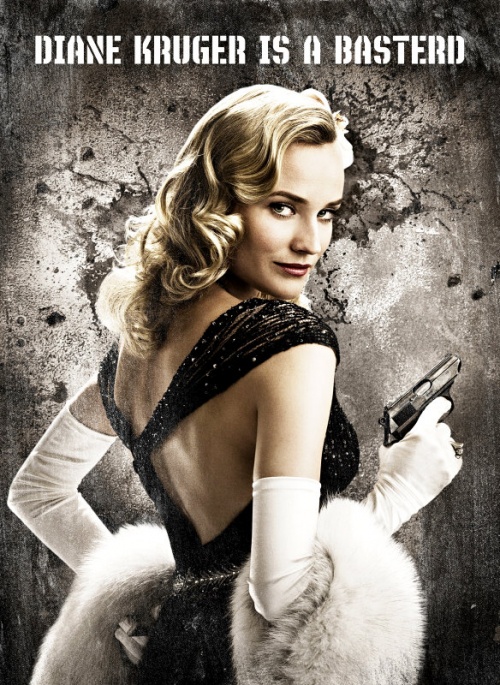 Bridget with the PPK in promotional material for the film. 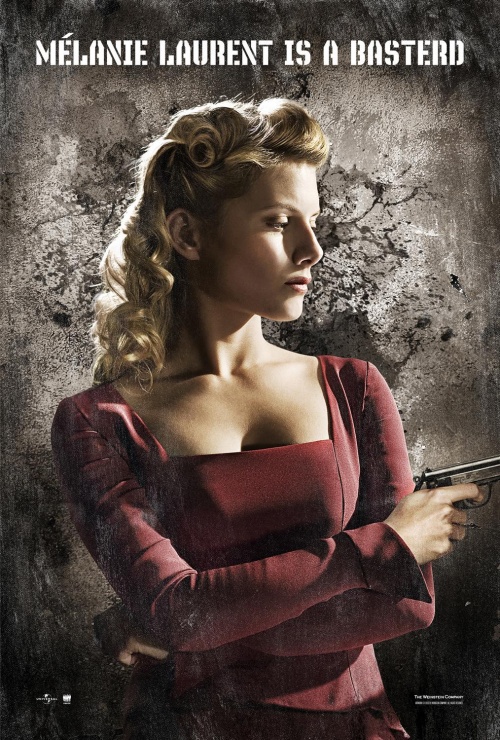 Shosanna with her PPK in promotional material for the film, as the character actually uses a Colt Model 1908 Vest Pocket. 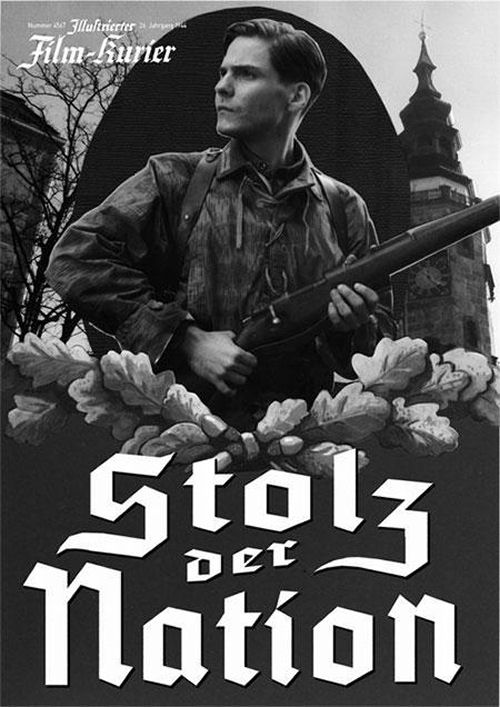 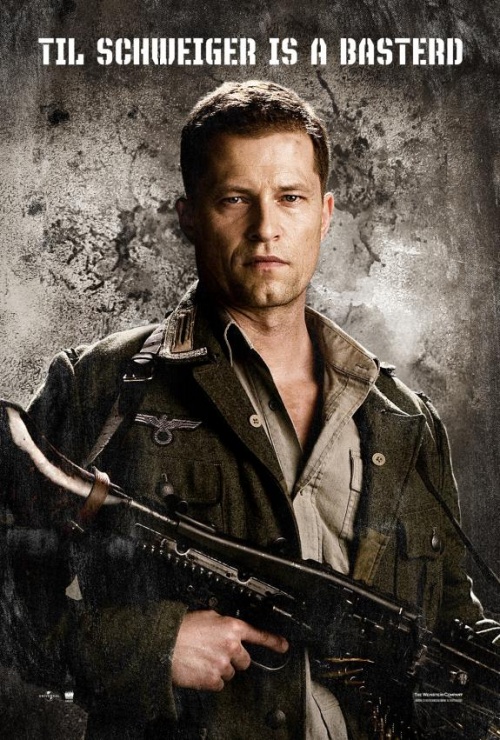 Til Schweiger holds an MG42 as Stiglitz in a promotional poster. 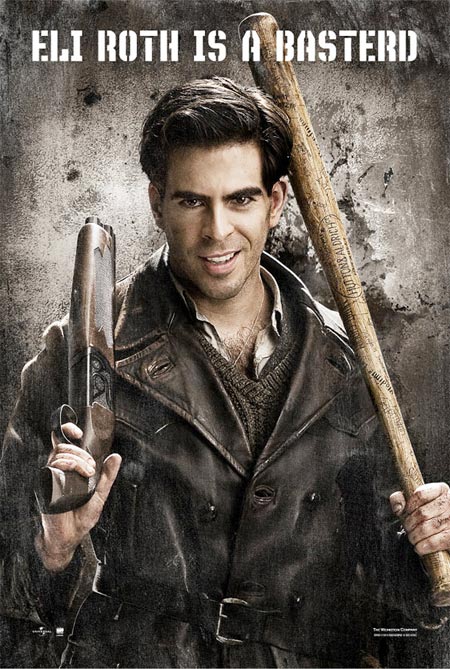 The first Nazi that is scalped is Quentin Tarantino, and he also appears as one of the soldiers in "Nation's Pride".

im not sure about nations pride , but the first nazi is not tarantino . simmons 8492

being the only movie called 'inglourious basterds'

Actually it's the only movie SPELLED 'Inglourious basterds', since saying it out loud is identical to the other 'Inglorious Bastards'.....MoviePropMaster2008 07:21, 7 January 2010 (UTC)

The PPKs used in the film (most notably in Diane Kruger poster) looks like post-war versions. Anyone can confirm? --Charly Driver 11:48, 24 February 2010 (UTC)

Is there anything particular that identifies Shosanna's pistol as a Colt Model 1908 Vest Pocket rather than a FN Model 1905 or any of its European clones? I've just watched the sequences where this gun appears and couldn't get a clear look at the grips which would be the most obvious way to tell, but I see there's a comment further up this talk page saying something about the sights indicating a 1905. I also think the FN 1905 would have been more common in Europe of this period than the Colt 1908. GrizzlyWeasel (talk) 15:03, 23 September 2014 (EDT)