Talk:In the Name of the Father 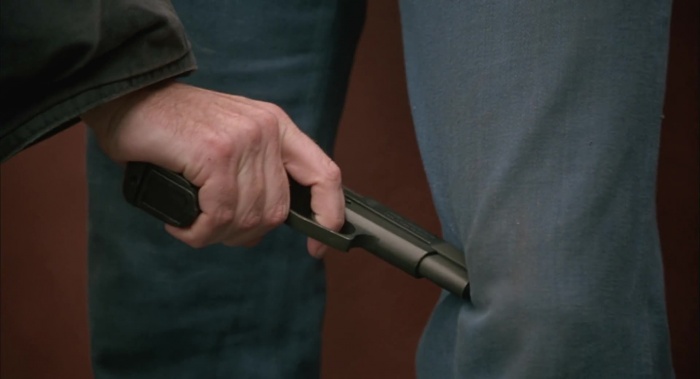 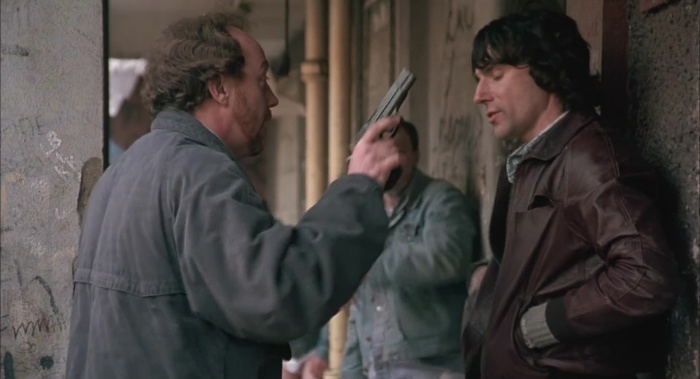 Close, but I think it is an Umarex GPDA blank fire replica. There are two things that make me think this, first you can see that there appears to be a lot of slide marking on the right of the gun (at least two rows of text and a logo of some sort) and on the BDA9 I think the only markings are a serial number beneath the ejection port. Also on a BDA9 the step in the slide is ahead o the end of the frame when it is in battery, as opposed to on this gun where it is behind (although it could be being pushed slightly out of battery behind held against someone. Here is a photo showing the relevant part of a Umarex GPDA, and you can see that the markings are a match, along with the relative location of the slide step. --commando552 (talk) 08:54, 12 February 2013 (EST)

I did not write any description of the unknown revolver, or specifically the guy carrying it. I dont know if he is police, military or whatever. Feel free to enter that info. Dudester32 (talk) 13:13, 15 June 2015 (EDT)

While the Brits did have some license agreements to make some firearms domestically, I don't believe there was ever any such agreement for Remington shotguns (or indeed any other USA makes of shotguns, for that matter) - I'm pretty sure any American pump shotguns you see in such productions were all imported, including this instance here, which would make these 'pure' Remington 870s, as you say. StanTheMan (talk) 13:40, 17 June 2015 (EDT)

I understand, what I meant was that maybe it was intended that the S&Ws were stand ins for Webley & Scott Revolvers. I don't believe that in the timespan the movie is set that british officials would use a S&W revolver! --Exodianecross (talk) 17:59, 12 July 2020 (EDT)

The people in question are Royal Ulster Constabulary, and I believe that at the time of the events of the film they would ahve been armed with Walther PPs. However, a couple of years later (possibly even then, I am not 100% sure on the years) they were replace by .38 Ruger Security-Six revovlers, so if anything that is what it is standing in for. In fact, I believe that the holster in the first image is a surplused RUC Ruger holster. At the time, S&W Model 10HBs were common revolvers for mainland British police forces, but don't think they were used over in NI. --commando552 (talk) 18:31, 12 July 2020 (EDT)

Thank you for the insight. I'm not too familiar with the armaments of Police and Military in the UK during this time, I just met two men from there with a military background. They told me that the Webley & Scott revolvers are still high priced and "loved" by the ones who were part of the armed forces. --Exodianecross (talk) 19:13, 13 July 2020 (EDT)