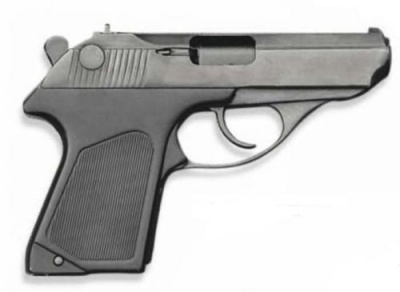 It does look like that but what are the chances the PSM can make it into an US movie? Although, the gun is probably a nonfiring prop. - bozitojugg3rn4ut 14:59, 8 January 2012 (CST)

So... any news on what it turned out to be? The Astra Constable does seem to be a good match. And on the topic of the PSM's rarity affecting the US availability, I took a look in the Fast & Furious 6 page, and the trigger guard of Michelle Rodriguez's pistol seems to be different from the PSM image, so could it be another variant such as one of those mentioned above? --Ultimate94ninja (talk) 06:07, 14 April 2017 (EDT) 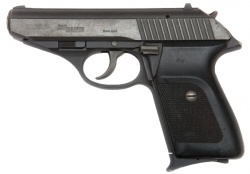 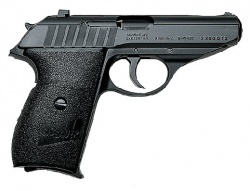 Hmm, possible. Stills seems a bit off shape-wise, doesn't seem quite as slender as the SIGs. If we could get a clearer shot of either the slide and safety or even the hammer we'd have a more definitive answer. As it stands, can't really tell anything either way. StanTheMan (talk) 17:44, 23 April 2017 (EDT)