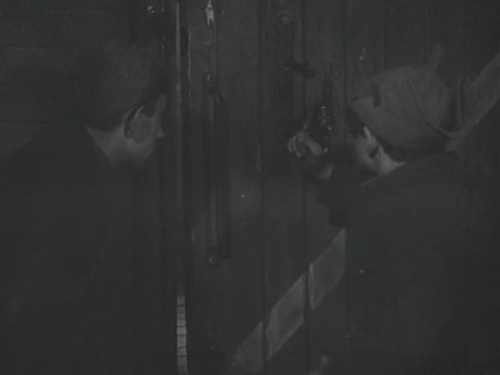 Vasya Sorokin holds a Nagant during the night attack on Whites on a railroad station. 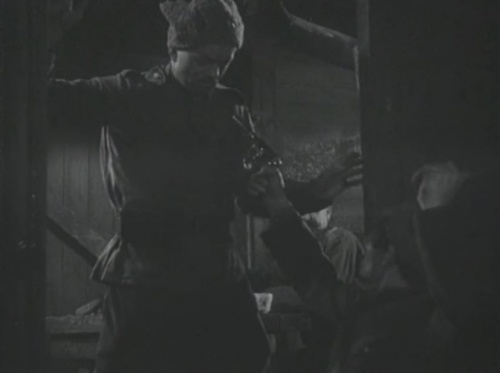 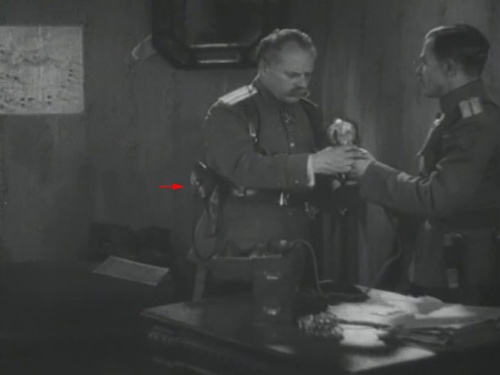 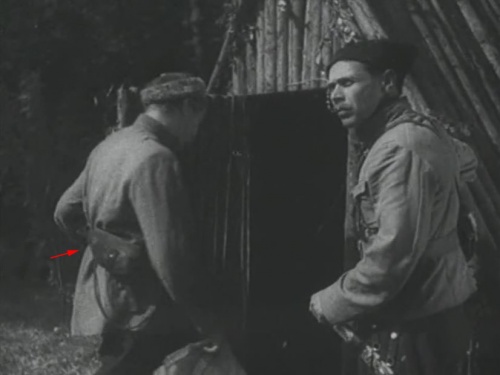 Commissar Matvey Stepanovich carries a Nagant in holster. The lanyard is seen. 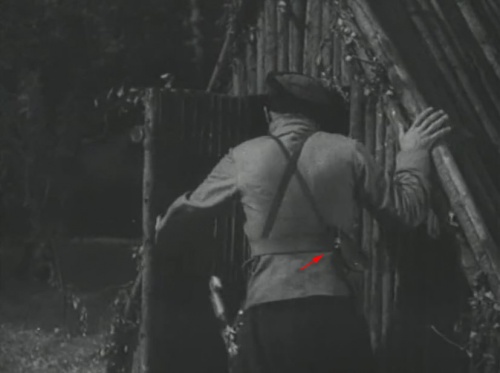 The platoon commander (Nikolay Rozhdestvensky) carries a Nagant in holster; the grip can be seen. 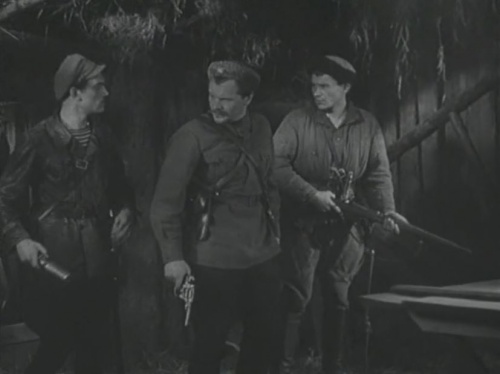 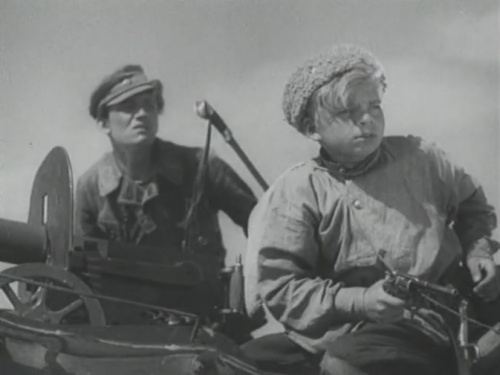 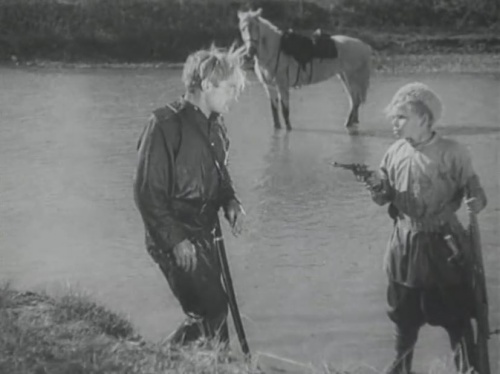 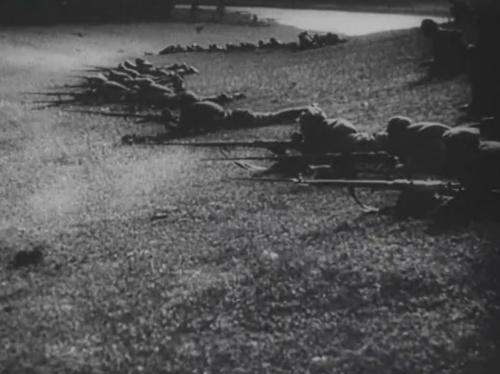 Whites with rifles in action. 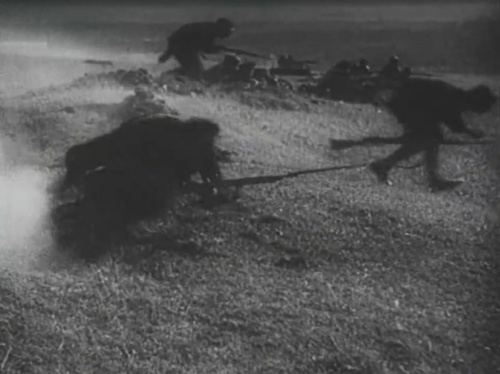 Reds with rifles in action. 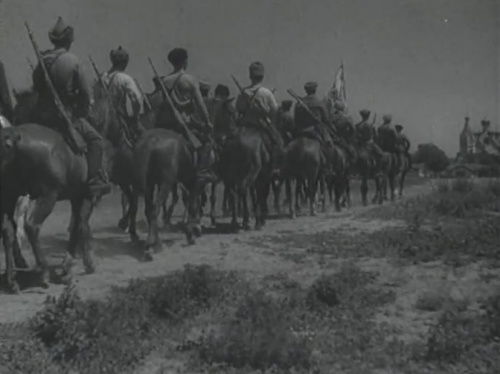 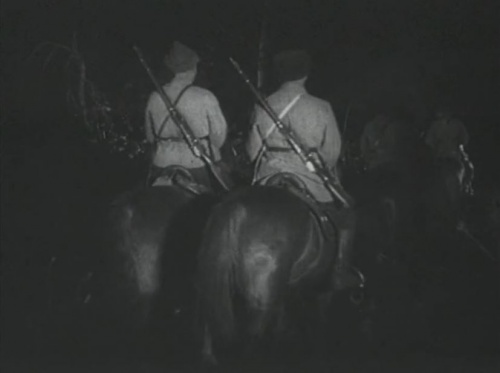 Red cavalry on march. Most rifles are of Dragoon model. 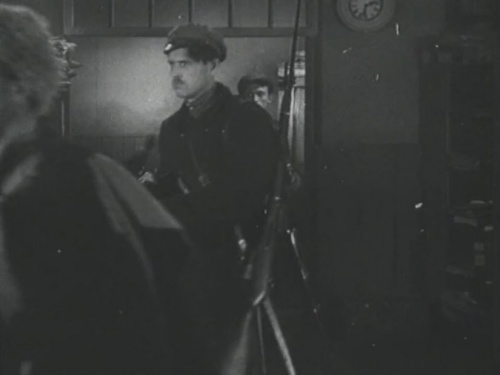 A Red cavalryman carries a rifle, captured from White soldiers. 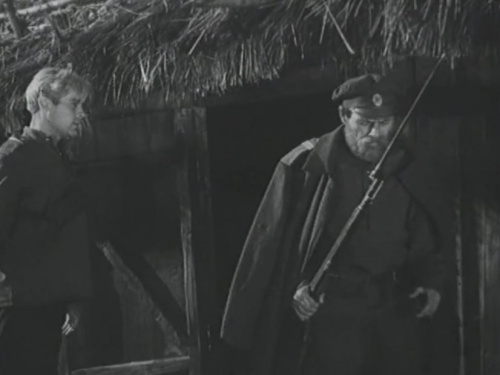 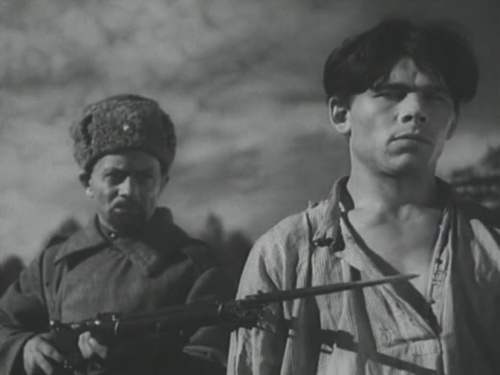 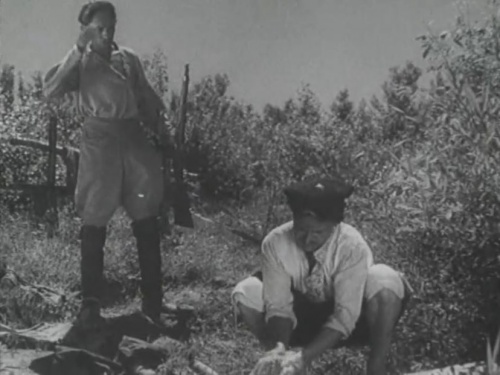 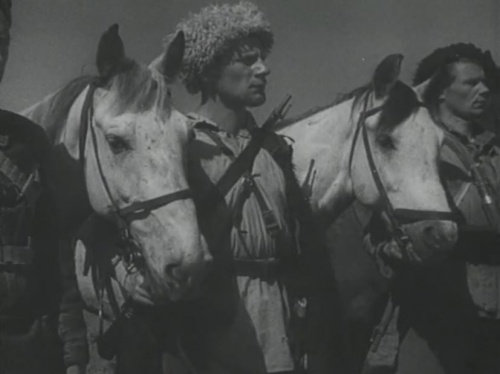 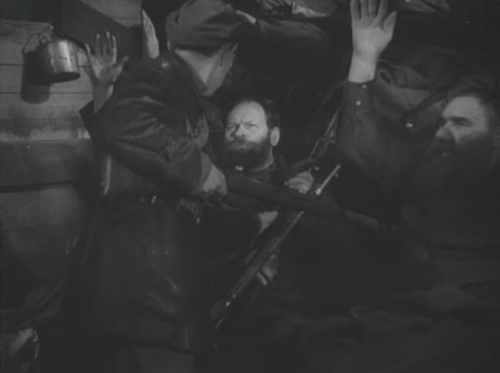 A Red cavalryman aims his Mannlicher at surrenderring Whites. 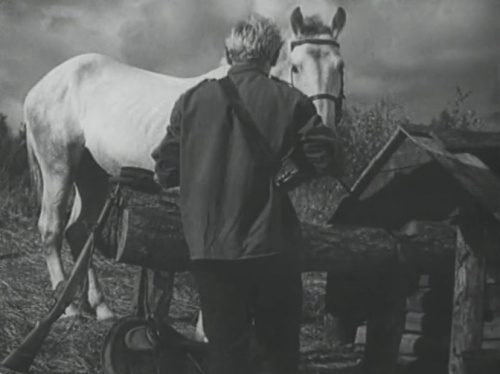 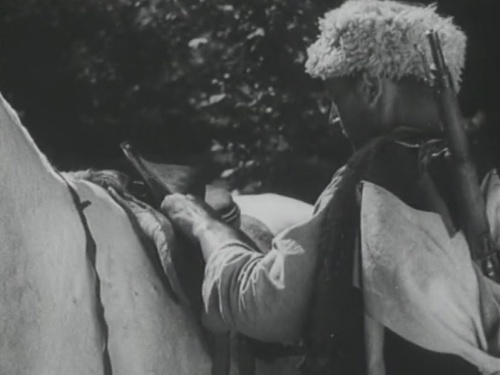 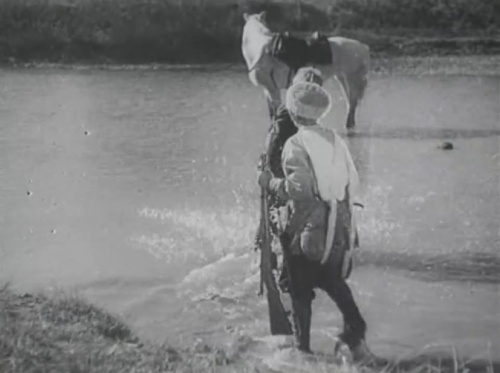 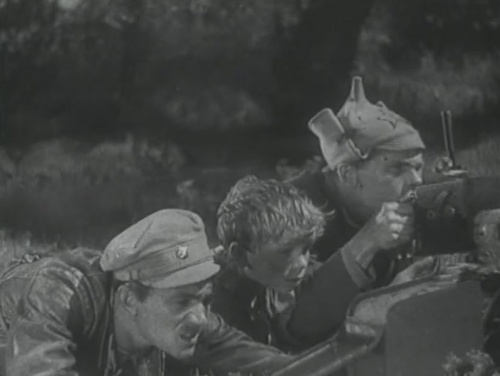 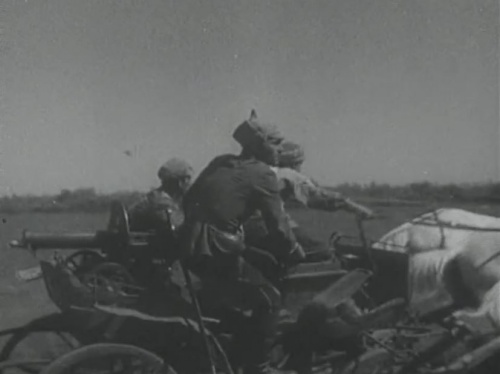 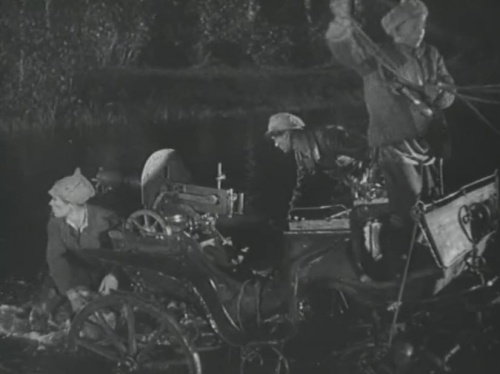 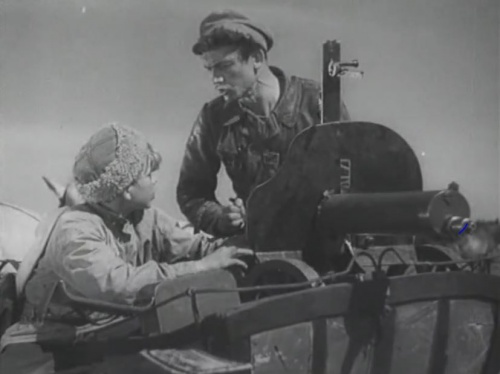 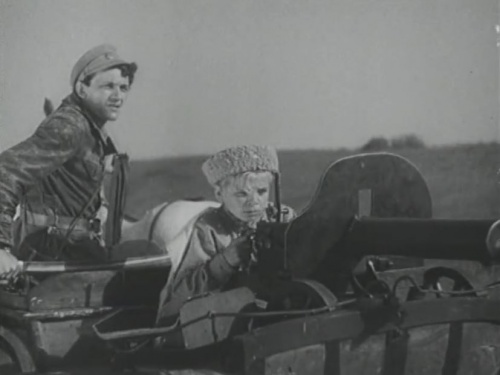