That isn't an MP5A2. I thought something was a little off so I took a closer look and attached the following screen cap. (Sorry...best I could do). Notice the groove down the center of the mag...that looks like the sort of thing you would see on the GSG MP-5 clones. --Charon68 (talk) 06:09, 21 April 2016 (EDT) 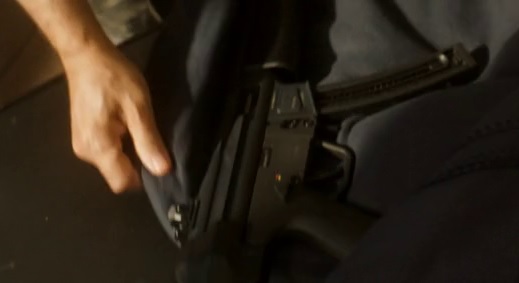 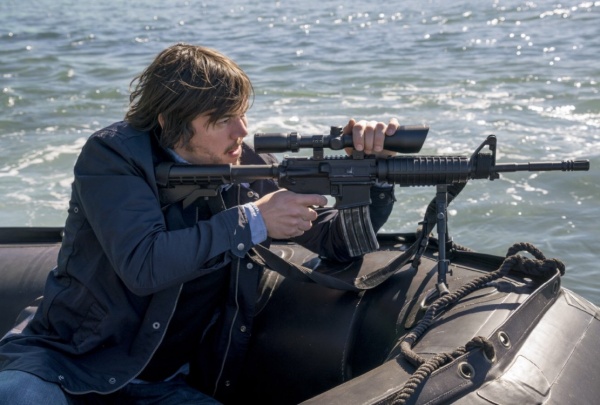 Seth (Jake Austin Walker) aims his scoped rifle on Travis Manawa (Cliff Curtis) in "We All Fall Down" (S2E02). 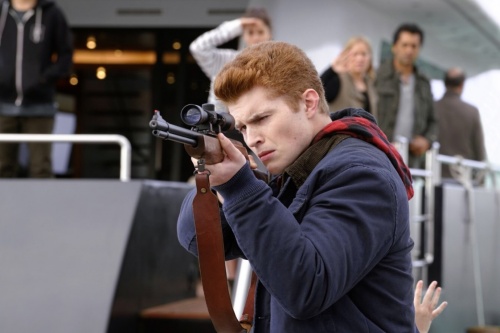 Production shot of Seth with his rifle in "We All Fall Down" (S2E02). 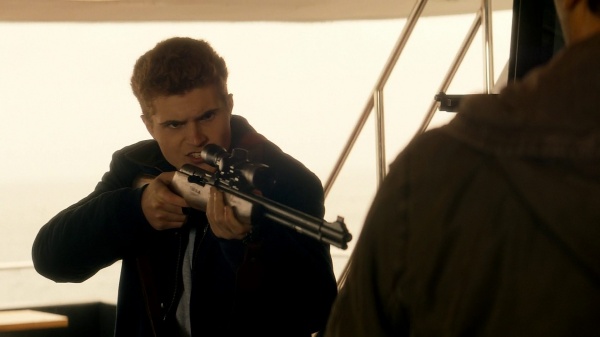 Seth (Jake Austin Walker) aims his scoped rifle on Travis Manawa (Cliff Curtis) in "We All Fall Down" (S2E02).

The Captor named Reed (Jesse McCartney) holds what appears to be a revolver on Chris Manawa (Lorenzo James Henrie) in "Blood In The Streets" (S2E04). 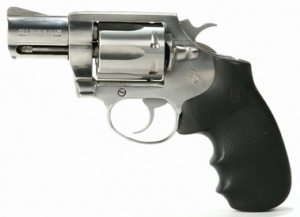 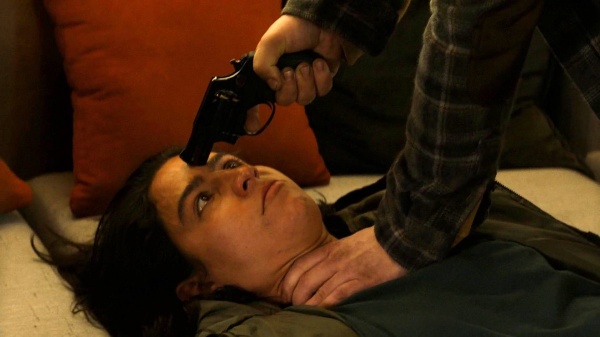 The Captor named Reed (Jesse McCartney) holds what appears to be Colt Magnum Carry on Chris in "Blood In The Streets" (S2E04).

Cylinder latch is definitely S&W-style, not Colt. Sights don't match either. (For the record I don't think there were ever any blued DS-IIs/Magnum Carrys.) Anyway, if I had to make a guess, I'd say a snub-nose Taurus Model 65. StanTheMan (talk) 21:06, 6 May 2016 (EDT) 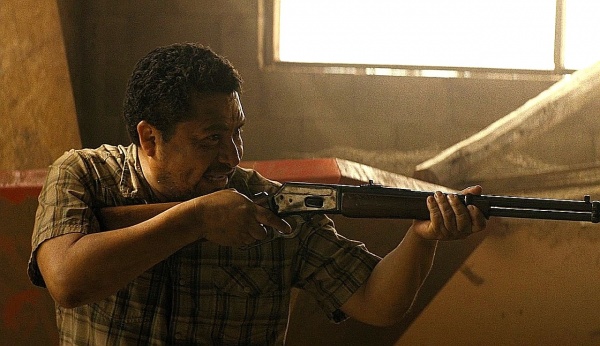 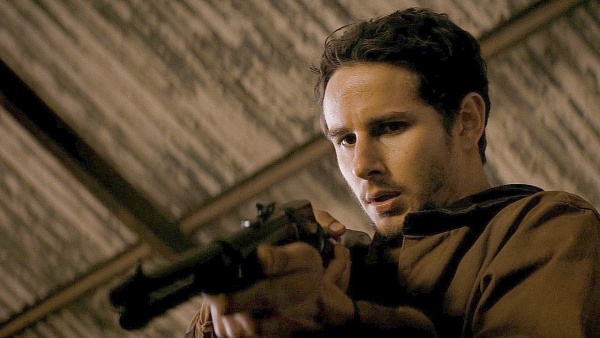 Judging by the receiver, I'd say StorySync is wrong and it's a Winchester 1982 Saddle Ring.

Сan someone identify these two guns. They clearly have similarities with the AK, however, there are signs indicating that this is a different weapon. Can someone help?

The first was in "Pillar of Salt" (S2E12), have one of a store guard. Receiver, magazine and stock uniquely from AK, but the barrel, front sight and gas block is more like INSAS. 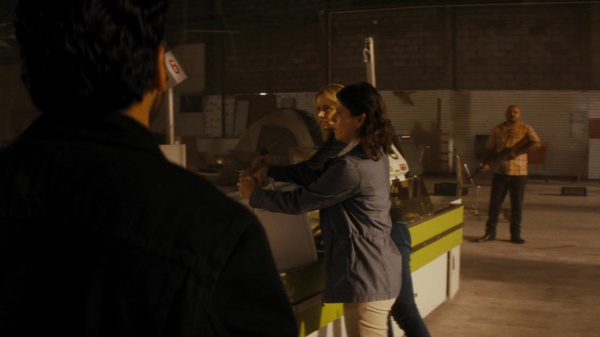 One of the store gurd holds something that looks like AKM or INSAS in "Pillar of Salt" (S2E12).

The second unknown me weapons is something similar on AKS-74 with plastic fittings. but the store is more like 5,56x45mm NATO, so maybe it's custom Beryl or airsoft One of the El Pelícano bandit aims something that looks like AKS-74 with 5,56x45mm NATO magazine in "Wrath" (S2E14). 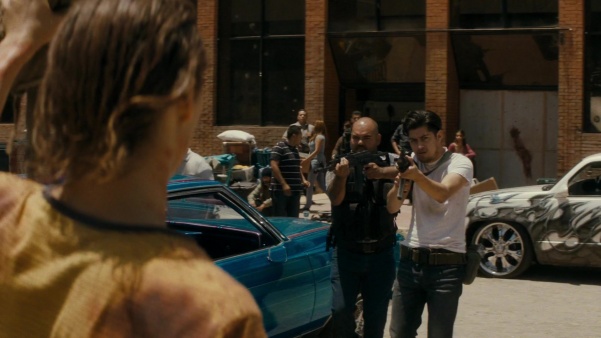 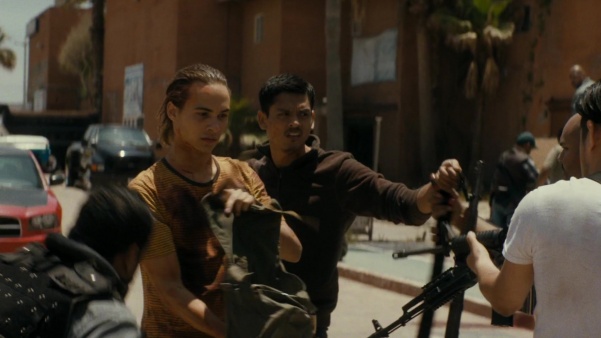