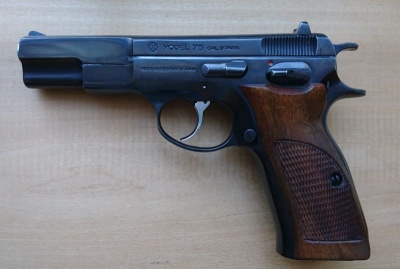 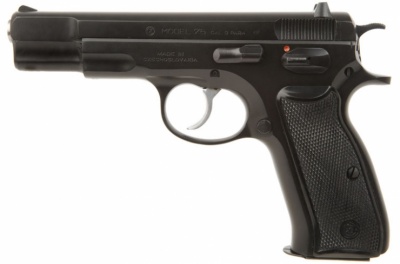 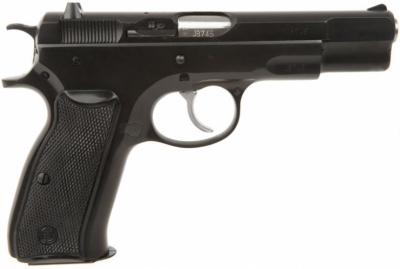 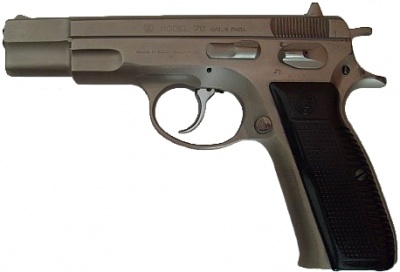 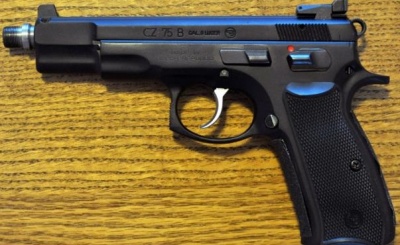 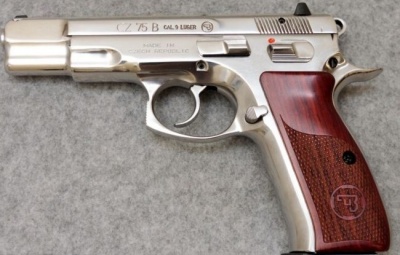 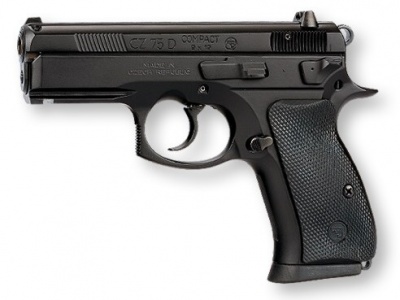 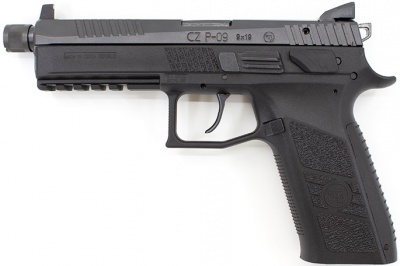 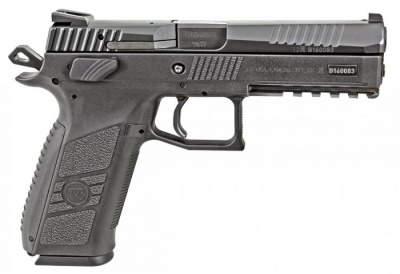 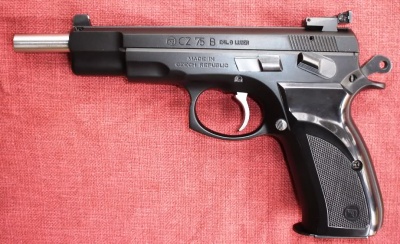 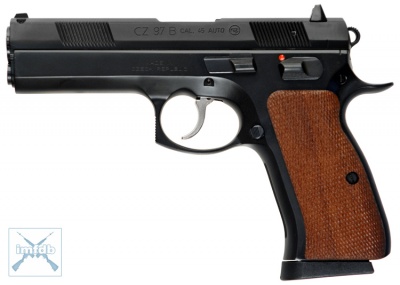 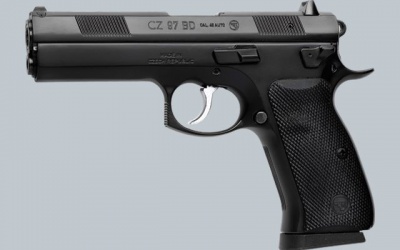 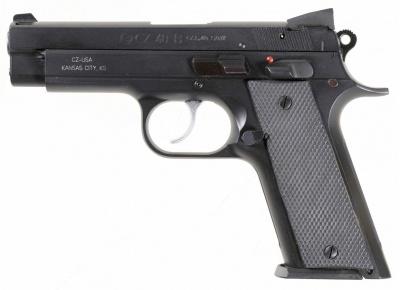 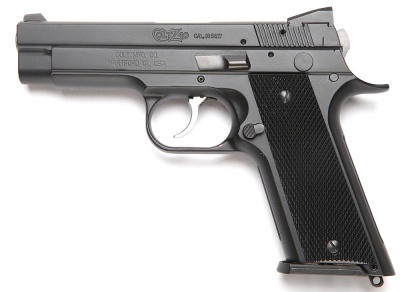 Colt Z40 - .40 S&W. This is more or less Colt's version of a CZ 40B with a double action only trigger and no manual safety. Also note the lanyard loop. 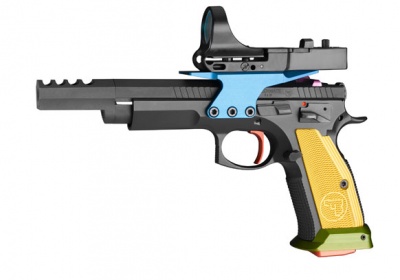 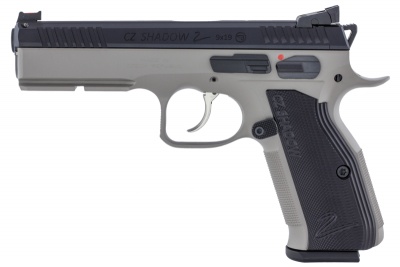 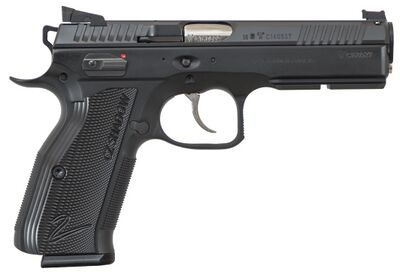 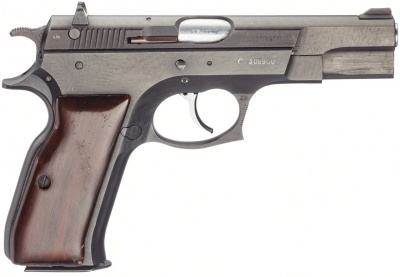 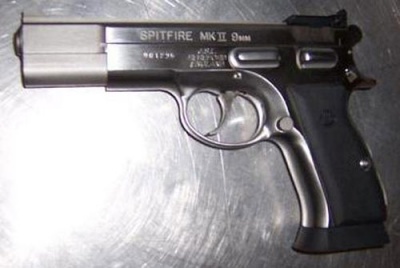 I'm tryin to find a picture of a certain CZ handgun, It resembles the 75(as most of them do) but it's a more compact size. It has a more square shaped body. It has a more square-like trigger guard frame and an accessory rail. I believe it's a .380 cartridge. If any one can help me out that'd be great.

If the CZ75 was made in Czech Republic in the 1970's(under communist Regime) how come american films and police departments were able to get there hands on them before 1993 when the Warsaw pact ended?

On the basis of cooperation between the companies Colt and CZ it created a pistol known as the Colt Z40 or CZ 40B, both introduced in 1998. It is quite possible that somewhere, there is longer as "unidentified type M1911".

Apparently there is a .45 ACP variant called the CZ 97B based on the CZ 75B. Saw it on the American catalog for Ceska zbrojovka Uhersky Brod (CZ USA). I am no expert on firearms so I thought I should ask whether the CZ 97B should be included in this page as a derivative or have it's own page? Maphisto86 (talk) 02:03, 21 September 2012 (EDT)

We don't create pages for guns that haven't appeared in anything, and if we made a listing for every CZ variant it would be almost twice as long as it is. Very few guns get listings when they haven't been in anything; usually they're ones that MPM photographs from movie armories (like the CZ75B SA) so we know that there's a good chance they've either been in something that simply doesn't have a page yet or might appear in something in the future. So no, don't do either.--PistolJunkie (talk) 13:26, 21 September 2012 (EDT)

Thanks! PistolJunkie! Well, as of now, some of the armories have at least one or two CZ-97B pistols. Perhaps for evaluation purposes only, (I don't know for sure) but I got to take a pic of an armory CZ-97B just in case. They might end up in a movie, so I took the pic just to be sure. But good job on protecting IMFDB and maintaining our general standing rules :D Kudos. I have a pic of an Armory CZ-97B to put here just in case one pops up.  :D best regards MPM