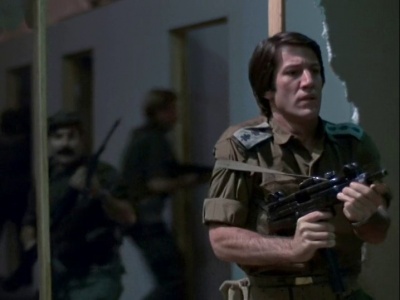 Stephen Macht is an American actor who has appeared in such films as Raid on Entebbe and The Monster Squad and such television series as Cagney & Lacey and Star Trek: The Next Generation. He also is the father of actor Gabriel Macht.