Standoff is a 2016 thriller written and directed by Adam Alleca. Twelve-year-old Isabelle, aka "Bird", witnesses a murder and even makes a photo of unmasked assassin Sade (Laurence Fishburne). She manages to run away and hides on the farm of Carter Green (Thomas Jane), a lone man in heavy depression. Carter, armed with a shotgun with a single shell, engages in physical and psychological warfare with Sade.

The following weapons were used in the film Standoff:

Sade (Laurence Fishburne) uses suppressed Beretta 92FS as his main sidearm. The bodyguard (Darcy Roy) in the scene on the cemetery is also armed with Beretta 92FS. A closeup allows to see that the grips of Sade's pistol lack Beretta logo, so the pistol is possibly some replica, like Bruni 92. 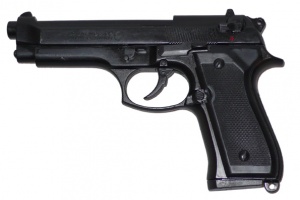 The bodyguard is shot while trying to use his pistol.

Sade tucks his pistol at the belt.

Officer Baker (Jim Watson) carries the stainless steel Ruger GP100 with 6" barrel as his service sidearm. When he is shot by Sade, the latter takes his revolver and uses it in the final scene. 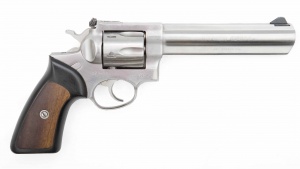 He puts the revolver at Baker's head.

Carter (Thomas Jane) uses Single Barreled Shotgun in 20 gauge. In the final scene he hands it to Isabelle (Ella Ballentine).

Carter loads the shotgun. Note "20 GA" marking on the shell.

A view of the barrel.

A close view of the shotgun. 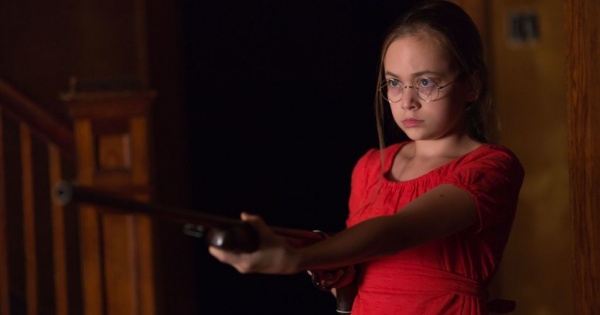 Remington 700PSS is used by Sade in the scene on the cemetery.