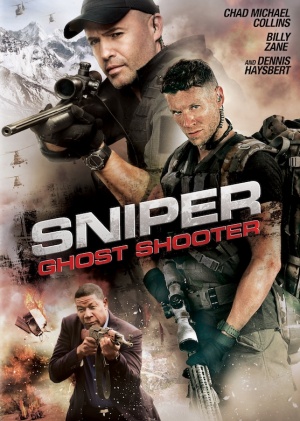 Sniper: Ghost Shooter is the seveneth installment in the Sniper film series. The 2016 DTV sequel marks the return of series veterans Chad Michael Collins as Gunnery Sgt. Brandon Beckett and Billy Zane as Richard Miller, who are part of a Special Ops sniper team who have to locate the enemy "ghost shooter" who has been eliminating their comrades. Also returning to the series is Dennis Haysbert as "The Colonel". Both Collins and Zane would reunite with original Sniper star Tom Berenger for the 2017 DTV sequel Sniper: Ultimate Kill.

The following weapons were used in the film Sniper: Ghost Shooter:

Russian soldiers appear to be armed with Makarov PM 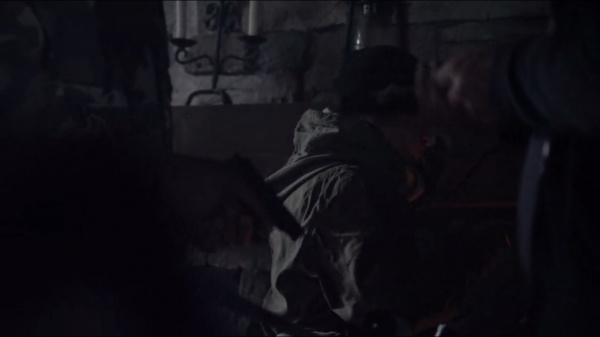 Soldier with the Makarov.

Said uses a pistol that is in reality the blank-firing Zoraki 917. 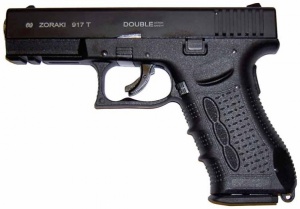 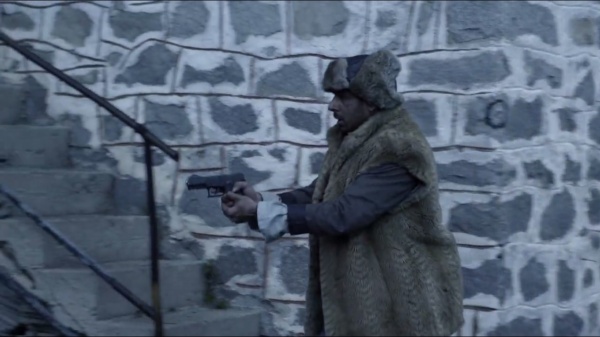 The pistol is in reality the blank-firing Zoraki 917. 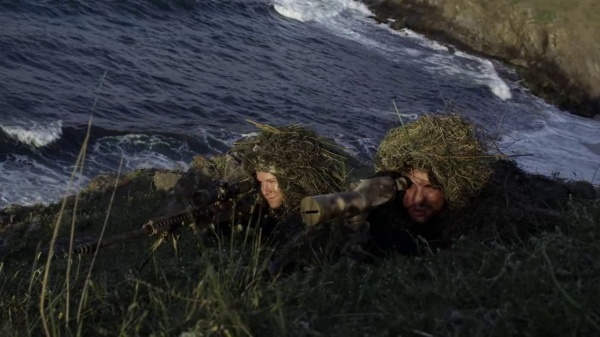 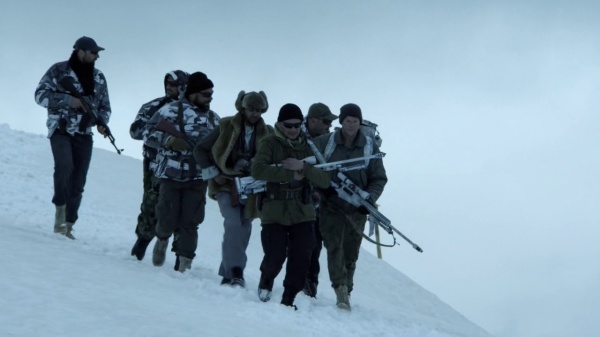 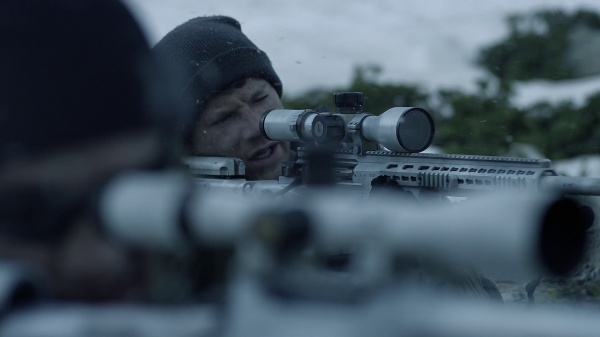 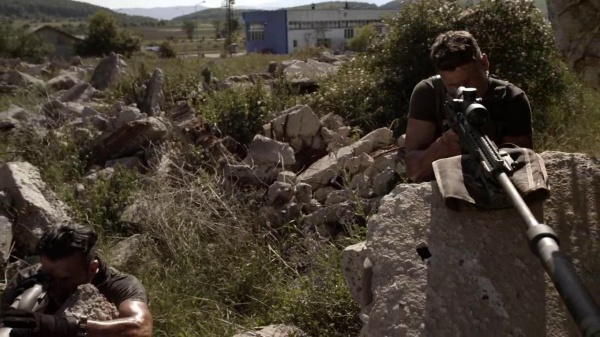 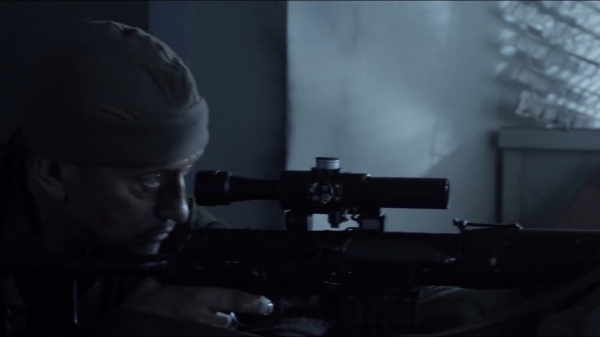 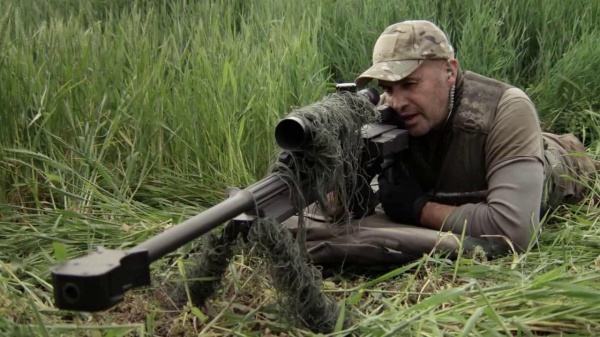 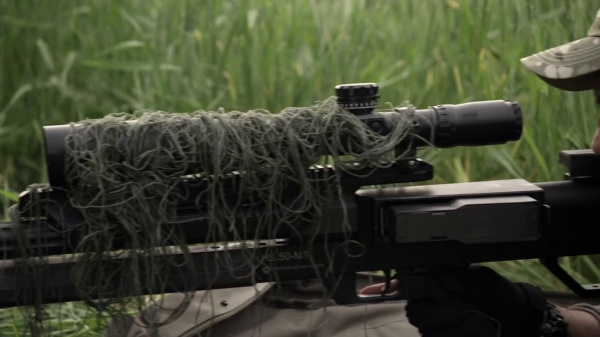 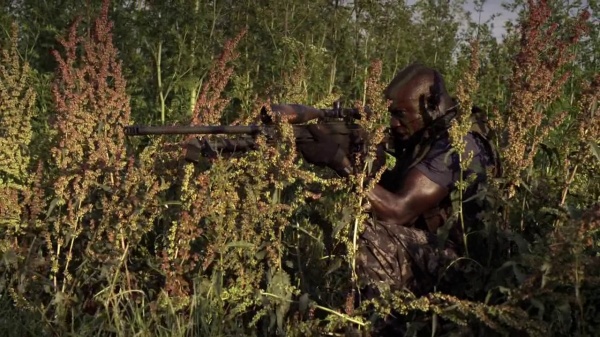 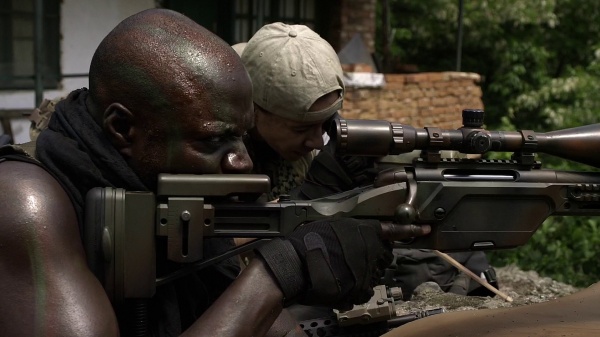 The ghost shooter also is seen using a Blaser 93 sniper rifle that lacks a muzzle brake. 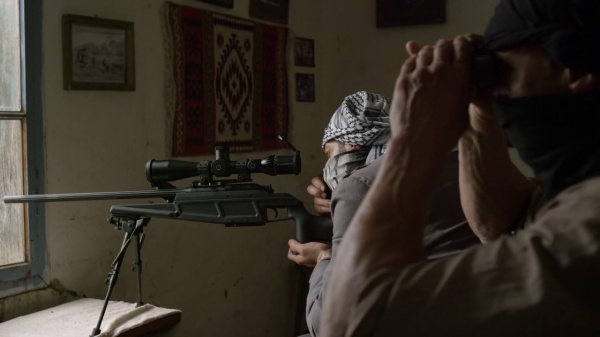 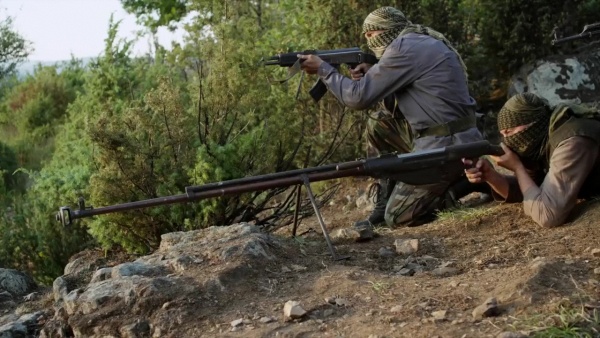 Several of the rifles in the film that resemble the M4A1 appear to be hybrid rifles built in part from the "Gilboa" series of rifles manufactured by Silver Shadow, an authorized Israeli weapon manufacturer. These rifles are likely the same ones that were seen in the 2014 film Jarhead 2: Field of Fire (which was also helmed by Sniper: Ghost Shooter's director Don Michael Paul).

The "Commando" model is seen used. 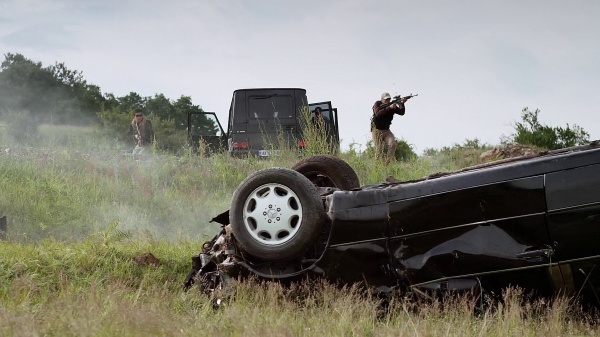 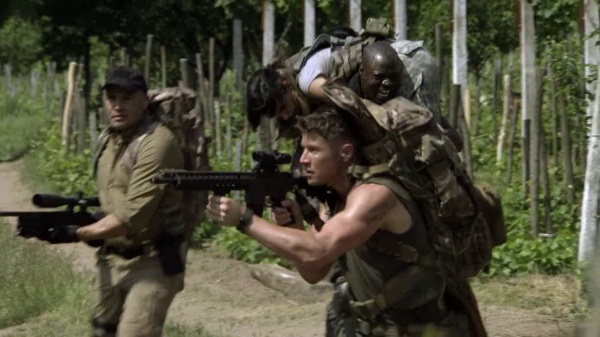 Some of the soldiers carry a rifle with an even shorter barrel which appear to be to built up from Gilboa's "Shorty" model. 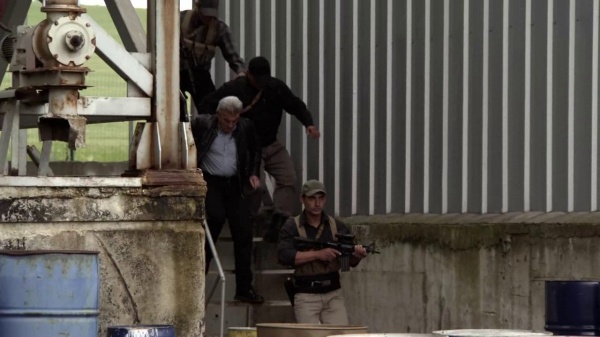 The "Shorty" is carried by a guard.

Some enemy fighters and Georgian soldiers appear to be armed with AK-47 rifles. An AK also is used by "The Colonel" (Dennis Haysbert). 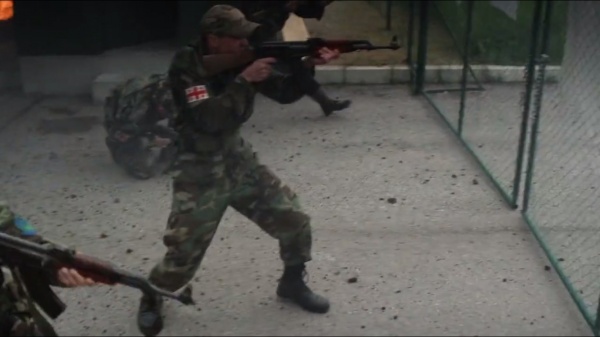 Georgian soldiers appear to be armed with AK-47 rifles. 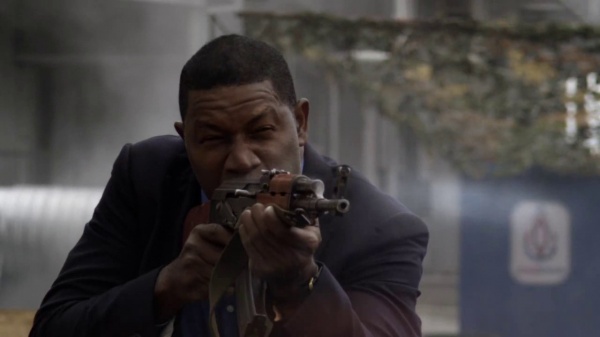 An AK also is used by "The Colonel" (Dennis Haysbert). 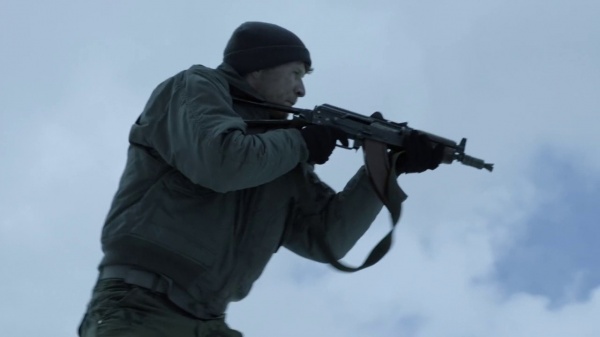 Some chechens and ISIS terrorists use Arsenal AR's. 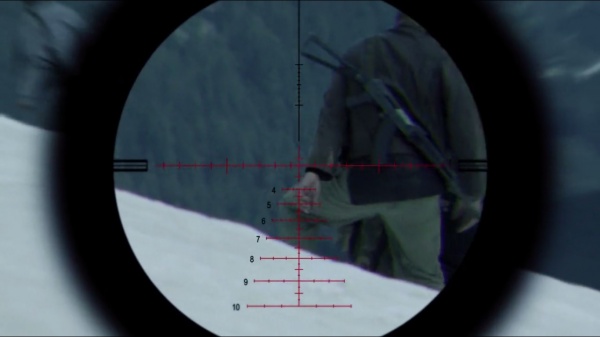 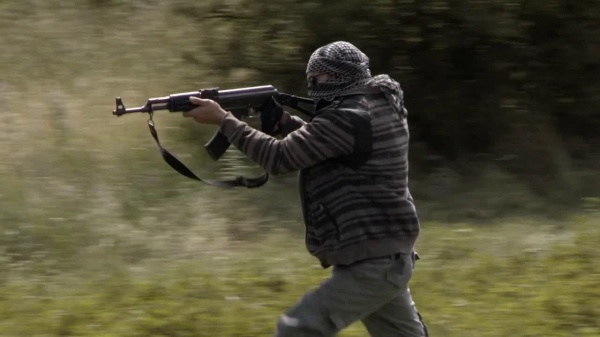 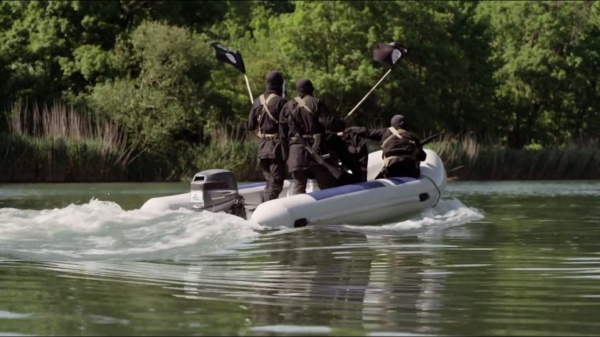 A PK machine gun is used by enemy forces. 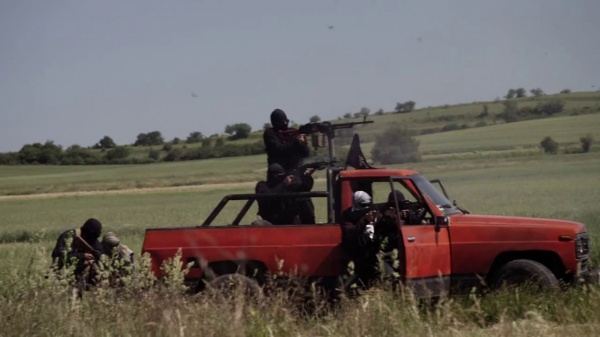 The machine gun mounted on the enemy "technical".

Some Chechen fighters have GP-25 on their AK's and Arsenal AR's. 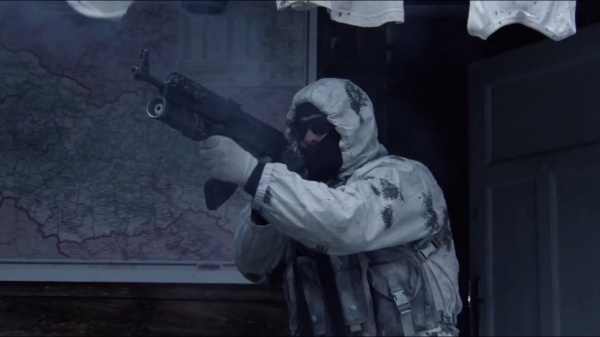 The fighter has the launcher mounted underneath. 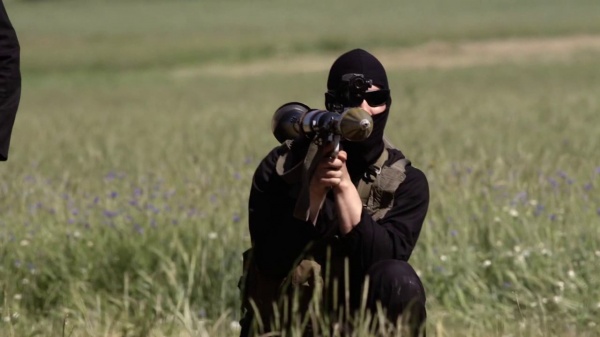 The fighter prepares to use the RPG.