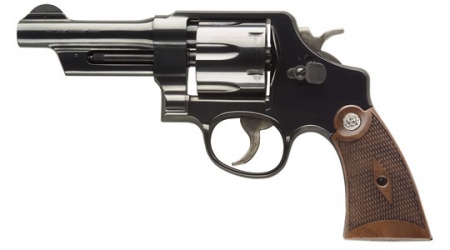 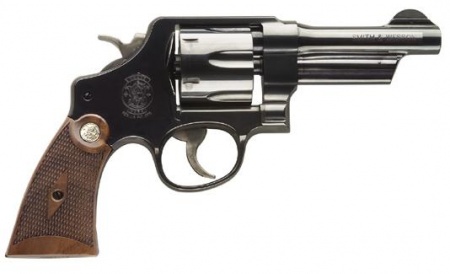 A refined commercial version of the S&W M1917 Revolver, introduced as the Model of 1950 and renamed the Model 22 in 1957, originally fitted with a 5½" barrel with no under lug, later changed to a 4" barrel with underlug; fixed combat sights were standard. The target model was the Smith & Wesson Model 25 in .45 ACP and .45 Colt.

The Smith & Wesson Model 22 and variants can be seen in the following films, television series, video games, and anime used by the following actors: