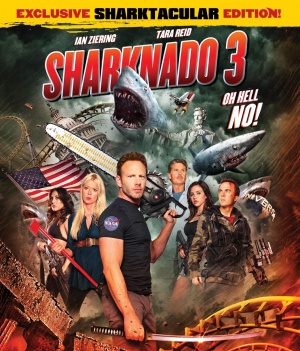 Sharknado 3: Oh Hell No! is the third film in the Sharknado film series. The 2015 feature, which premiered in the US on SyFy, follows Fin Shepard (Ian Ziering) as he must stop a massive sharknado from devastating the entire Eastern coast of the United States. The film was followed by 2016's Sharknado: The 4th Awakens.

The following weapons were used in the film Sharknado 3: Oh Hell No!:

Secret Service agents are seen armed with the Beretta 92FS when the Sharknado hits the White House. 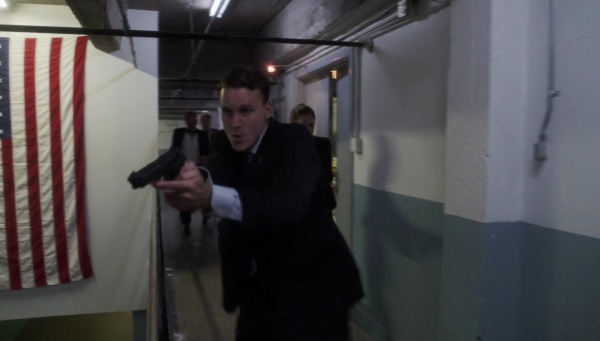 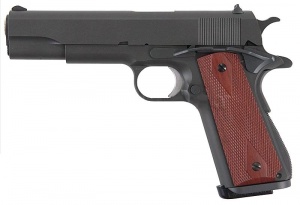 An airsoft reproduction of the M1911 used by Sylvester Stallone in the film Rambo (2008). 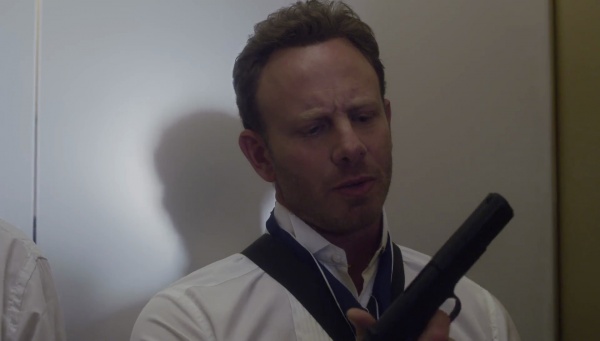 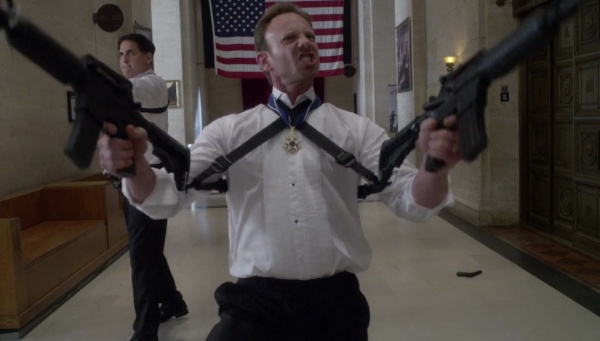 When the Sharknado hits the White House, President Marcus Robbins (Mark Cuban) wields what appears to be a Mossberg 500 Cruiser with a heat shield. This is likely an airsoft replica. 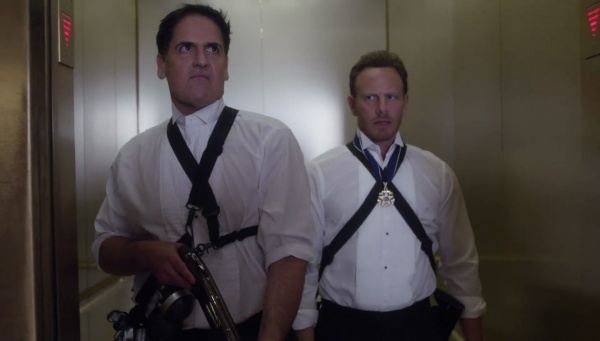