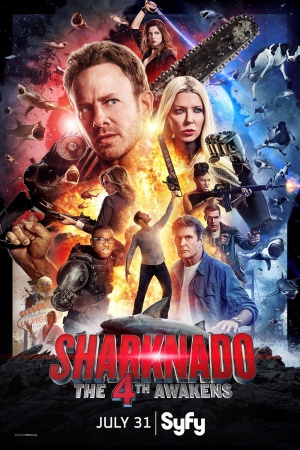 Sharknado: The 4th Awakens is the fourth installment in the Sharknado film series. The 2016 SyFy sequel finds Fin (Ian Ziering) facing another Sharknado in Las Vegas. The film also features a cameo by Steve Guttenberg, reprising his role from the SyFy disaster film Lavalantula.

The following weapons were used in the film Sharknado: The 4th Awakens:

Both Matthew Shepard (Cody Linley) and Colonel Gilbert Grayson Shepard (David Hasselhoff) are seen armed with a pistol-gripped shotgun that resembles a Benelli-style weapon. Upon closer inspection, this shotgun is an airsoft replica that is sold under the title of Stinger S34P. 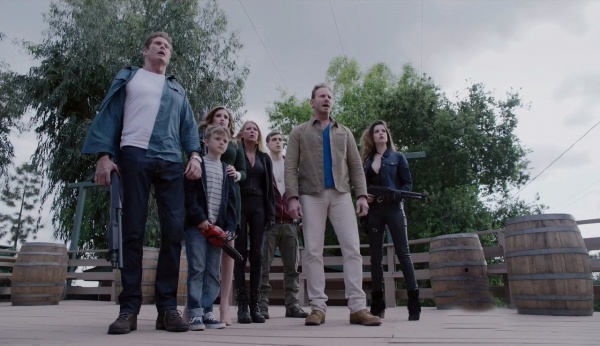 Col. Shepard holds the shotgun on the left.

Fin also goes to a barn where he kept several weapons, including an M16A1. This rifle is used by Gabrielle (Imani Hakim). This also appears to be a replica. 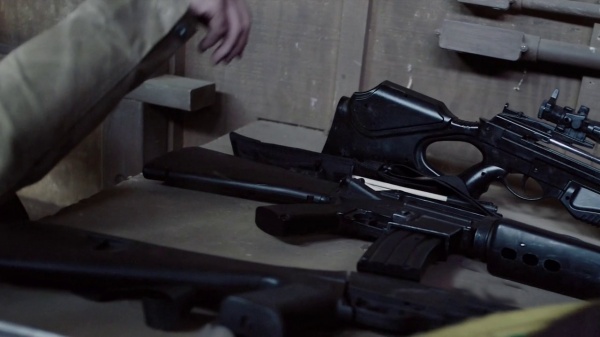 Fin also goes to a barn where he kept several weapons, including an M16A1. 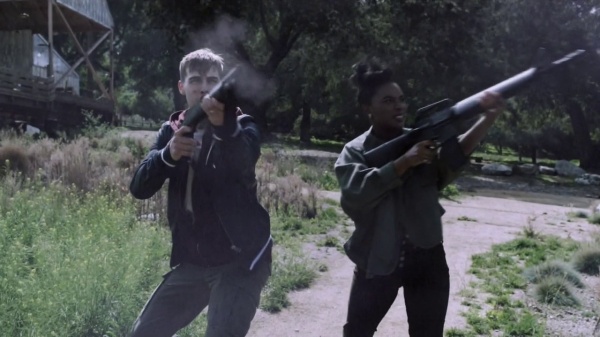 On the right, the rifle is used by Gabrielle (Imani Hakim). 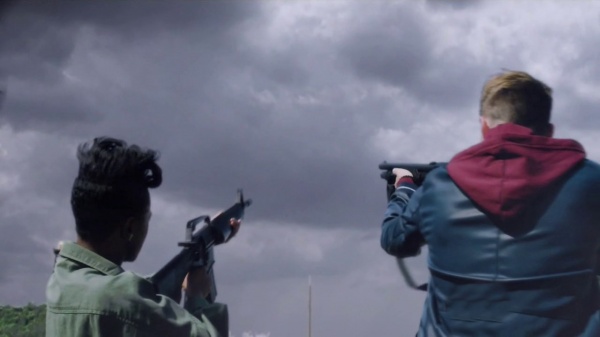 This rifle is fired by Gabrielle (Imani Hakim).

Fin also can be seen firing what appears to be a Milkor MGL launcher. Based on the shorter barrel and the white-tipped rim and barrel interior, this launcher is in reality an airsoft replica. 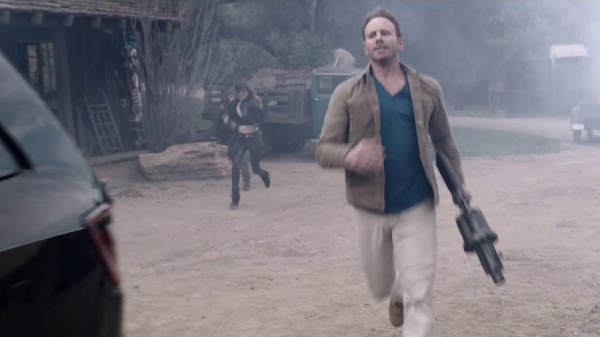 Fin holds what appears to be a replica of the Milkor MGL launcher.