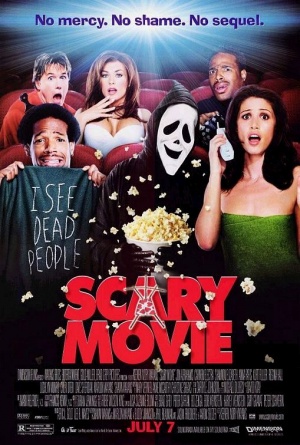 Scary Movie is a 2000 horror comedy directed by Keenen Ivory Wayans that primarily spoofs the elements of the Scream film series. The film's cast included Anna Faris, Shawn Wayans, and Marlon Wayans. The success of Scary Movie would spawn a film series of its own.

The following weapons were used in the film Scary Movie (2000):

The Sheriff (Kurt Fuller) with the Beretta drawn.

A Heckler & Koch USP is pulled by a convenience store cashier near the end of the film.

The cashier fires the USP.