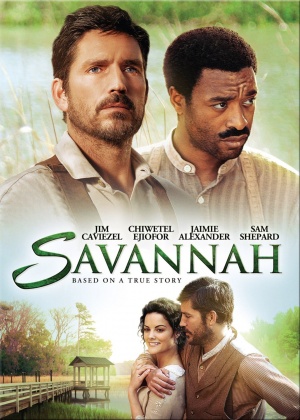 The following weapons were used in the film Savannah (2013):

Ward Allen (Jim Caviezel) holds the shotgun while on a hunt.