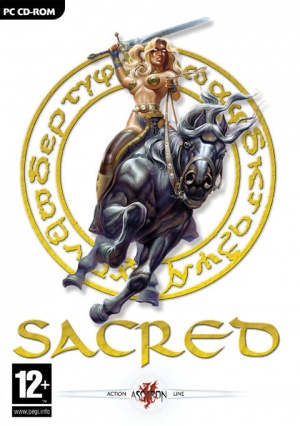 Sacred is an action role-playing game developed by Ascaron Entertainment company and released in 2004 (for Windows 2000/XP, in 2008 was ported on Linux). Several firearms, usable for Dwarf characters, appeared in Sacred Underworld expansion pack (2005). All weapons has infinity cartridges, like crossbows, double action and, using special magic, can fire five shots in auto mode (long barreled weapon can do it without any enemy near the hero), holding it "gangsta-style".

The following weapons appear in the video game Sacred:

A revolver that resembles Colt Single Action Army with 4,75" barrel can be used by Dwarf character. Contrary to the real SAA revolver, the in-game weapon doesn't produce smoke when firing. 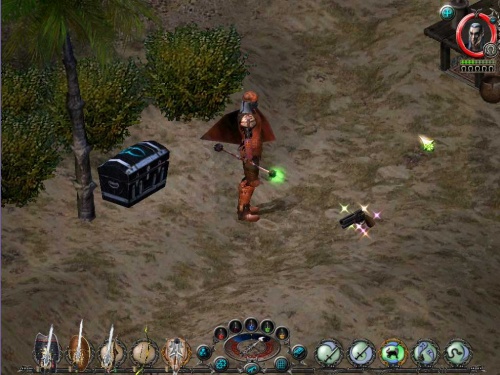 A revolver can be seen on the ground. Note the exstractor what has the same length with barrel.

Also the Dwarf can use a flintlock double barreled pistol. Hammers on this weapon magically always cocked. 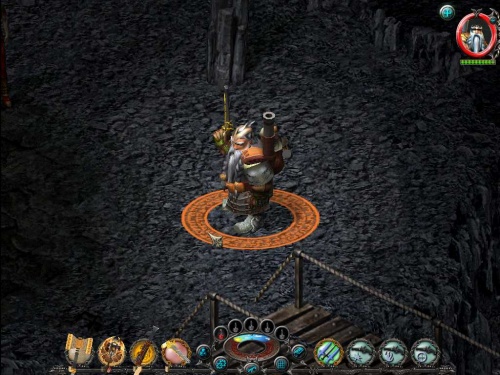 Two barreled flintlock pistol in the hands of the Dwarf. Note from the hammers

Another weapon that can be used by Dwarf character is a Double Barreled Shotgun. While using special magic, this gun can fire five shots in automatic mode. The shotgun needs only one hand to operate so the Dwaft can carry shield and fire the gun at the same time. 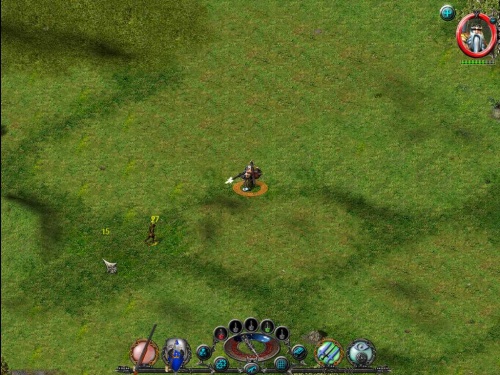 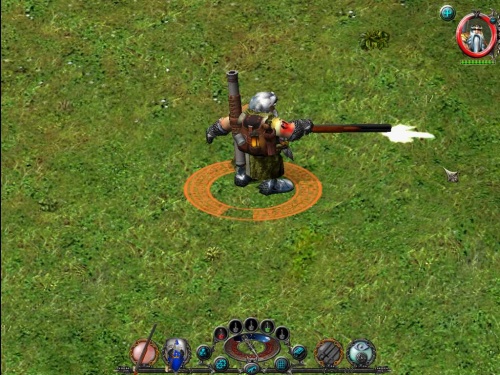 Dwarf fires the shotgun in auto mode, holding it "gangsta-style". It looks like sawn off, but it really full size shotgun.

The first variant is a hybrid flintlock musket between Winchester Model 1866 "Yellow Boy" and flintlock musket. Like shotgun, it can fire five shots in auto mode using special magic, and needs only one hand to operate with it. 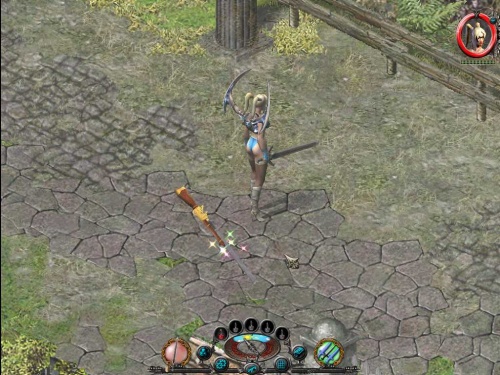 The second wariant is seen on the ground. Look like Winchester Model 1866, but without magazine tube, standart hammer, loading gate and lever, and with percussion lock.

Naval cannon what the Dwarf wearing with the bag, can use as grenade launcher, rocket launcher or flamethrower. Also, unusauble version mounted on pirate ships on Caribik Islands, what can be used as portals from Volcano Island to Pirat Island and back. 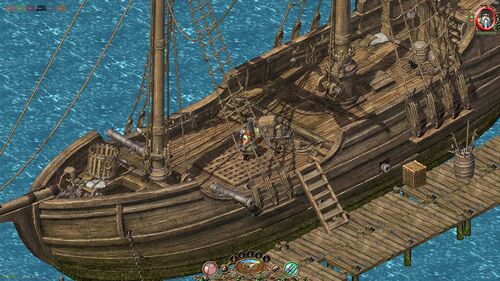 A fragment of the pirate ship. You can see two cannons.

When a character uses any firearm, a sign of Flintlock Pistol appears. Also it appears on some icons of magic spells. 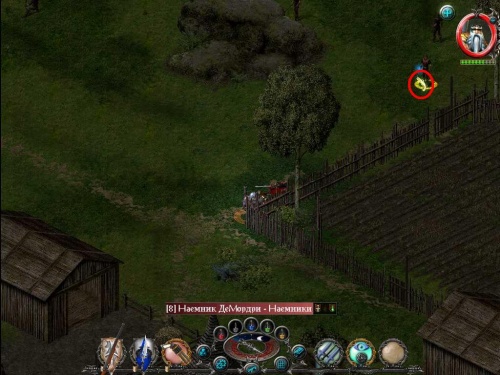 Flintlock pistol in Russian version of the game. 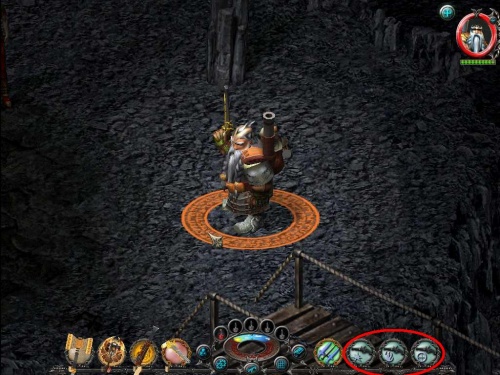 Here is some icons of magic spells for Dwarf in Sacred.

An unknown revolver can be seen in a holster in some variants of Dwarf’s bag. It is not-usable weapon. 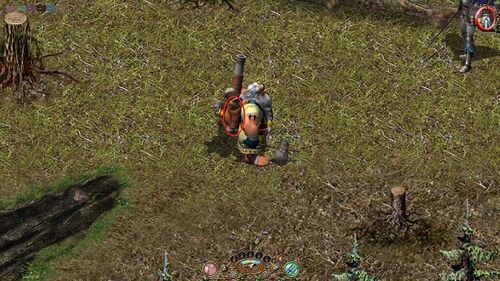