The SIG-Sauer P320 is a striker-fired semi-automatic handgun - a further development of the previous SIG-Sauer P250. The P320 is noteworthy for its selection by the US Army to replace the Beretta M9 and SIG-Sauer M11, with both full size and carry variants being formally designated "XM17/M17" and "XM18/M18" respectively following the conclusion of its MHS (Modular Handgun System) program in January 2017.

NOTE: In the past, some IMFDB users have mis-spelled "SIG-Sauer" as "Sig Sauer". "Sig Sauer" is not the correct spelling; "SIG" is an acronym for Schweizerische Industrie Gesellschaft ("Swiss Industrial Society" in German), and thus, all three letters should be capitalized. Also, it is preferred that IMFDB users put a hyphen between "SIG" and "Sauer".

The SIG-Sauer P320 and variants can be seen in the following films, television series, video games, and anime used by the following actors: 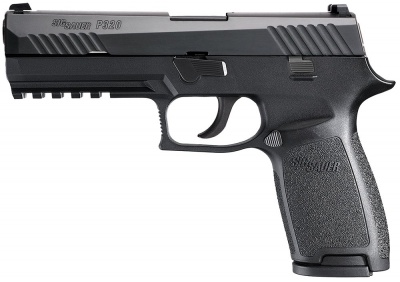 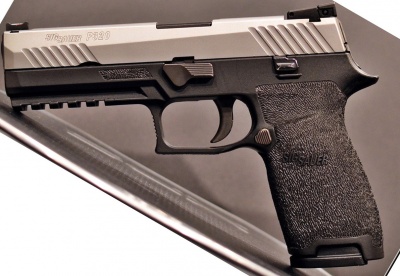 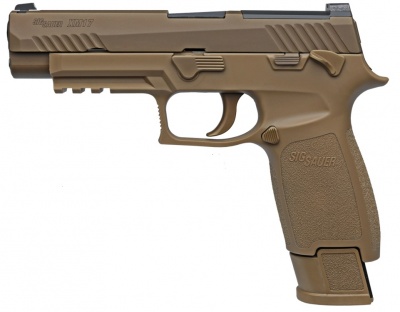 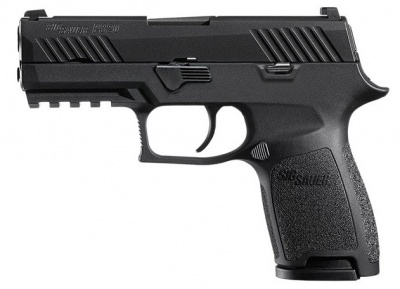 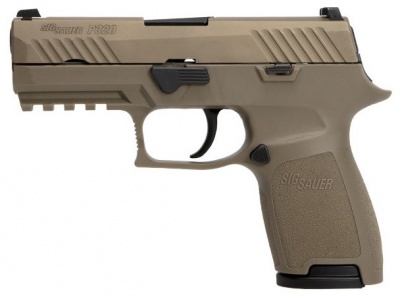