Rosanna Arquette is an American actress who has appeared in such films as Pulp Fiction, The Aviator (1985), and Desperately Seeking Susan. She also is part of a family of actors which includes siblings David Arquette, Patricia Arquette, and Alexis Arquette in addition to father Lewis Arquette and grandfather Cliff Arquette. 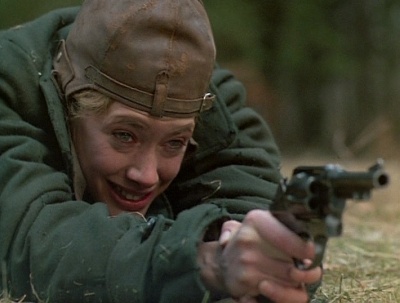 Rosanna Arquette as Tillie Hansen holds a S&W in The Aviator (1985).