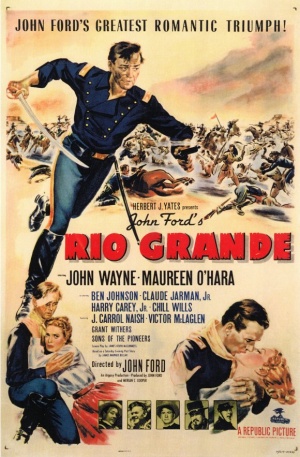 This would be the first of five films that paired John Wayne and Maureen O'Hara. John Wayne's son Patrick Wayne makes his film debut, but not as LTC Kirby Yorke's son, but as an uncredited boy. (Although many might assume that LTC Kirby Yorke is just an older version of CPT Kirby York from Fort Apache, this is not the case. Victor McLaglen and Ben Johnson play characters who had similar names in She Wore a Yellow Ribbon, but they are obviously different characters as well.)

The following weapons are used in Rio Grande: 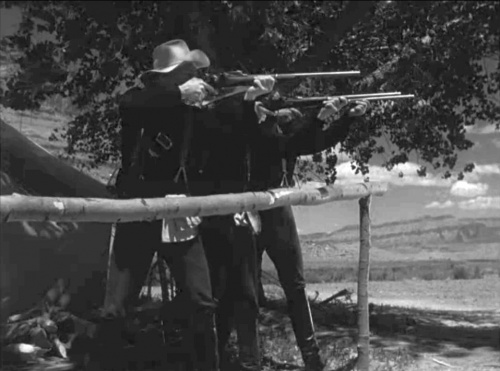 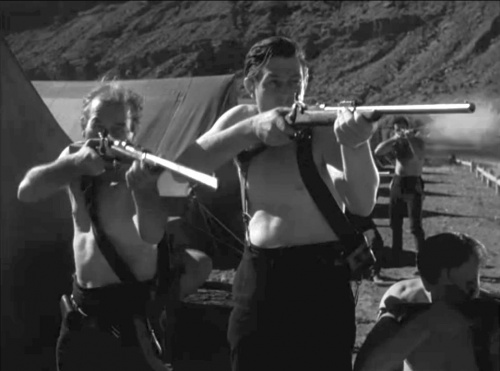 Another two troopers return fire during the surprise attack. 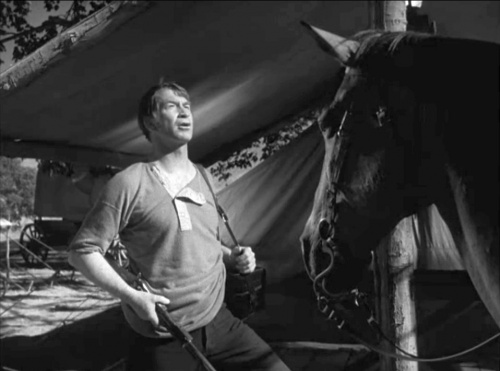 Dr. Wilkins (Chill Wills) with his carbine during the surprise attack. 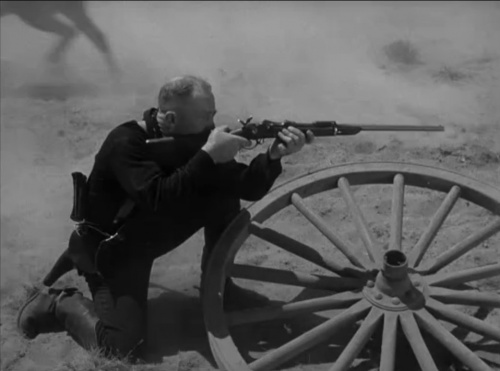 Trooper Heinze (Fred Kennedy) dismounts to fire his carbine during the attack on the caravan. 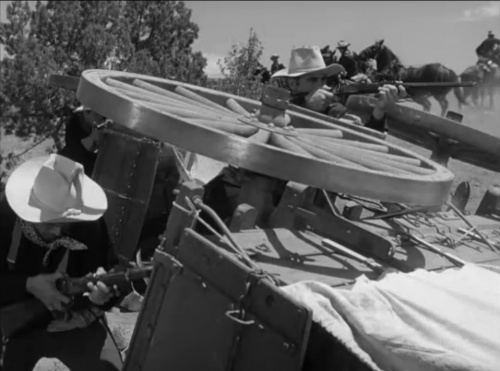 Troopers fire from behind cover. 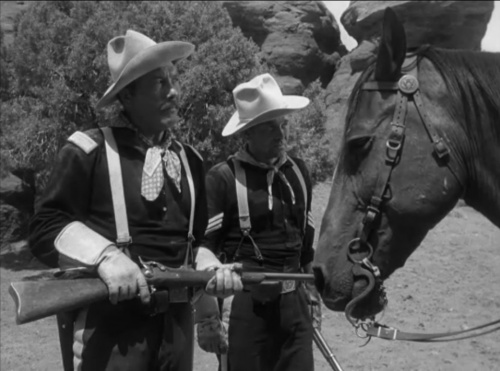 CPT Prescott (Steve Pendleton) with his carbine as he reports to LTC Yorke (John Wayne). 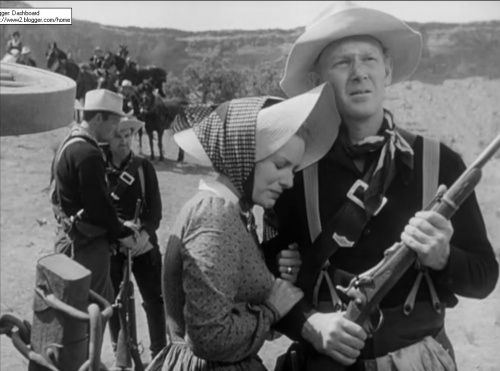 Trooper Boone with his carbine.

Cavalry troopers carry Colt Single Action Army revolvers as sidearms. There appears to be a mix of both Quick-Draw and Cavalry models. 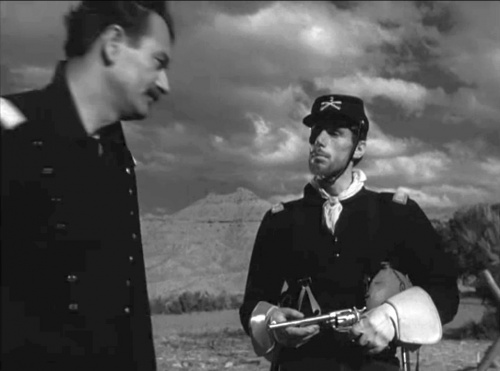 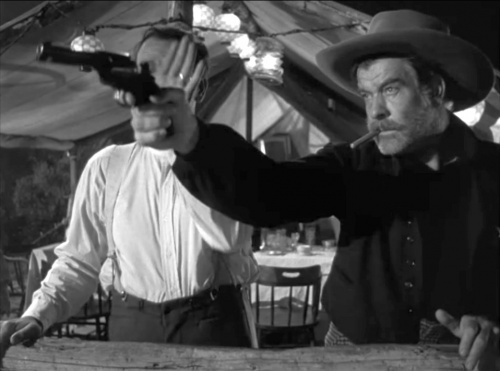 The Deputy Marshal (Grant Withers) aims at a fleeing Tyree. 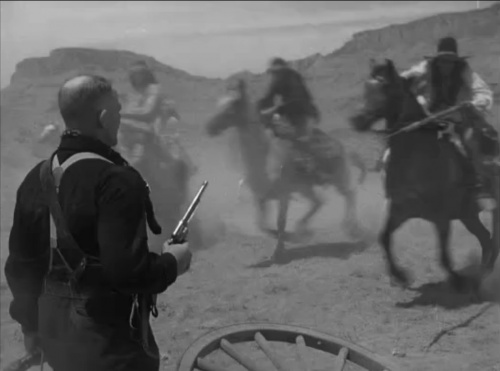 Trooper Heinze facing off against a charging Apache with his drawn SAA. 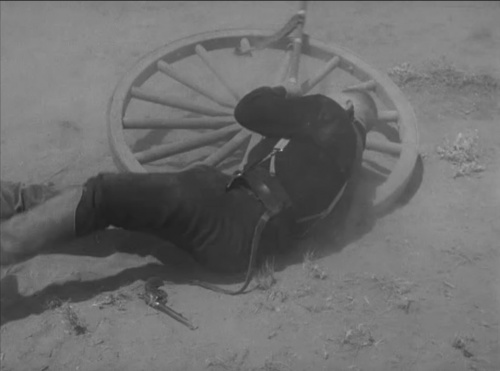 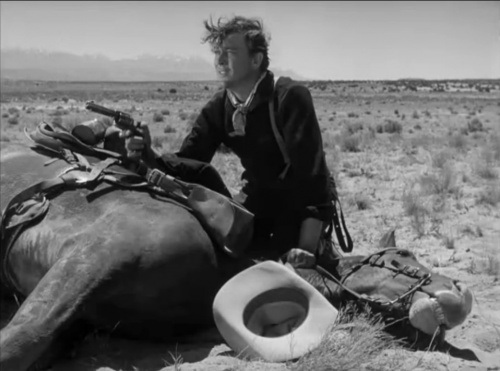 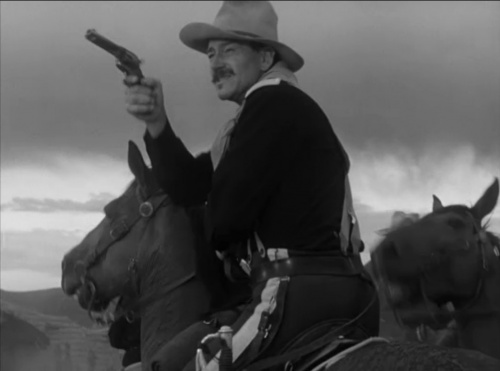 LTC Yorke with his SAA Quick-Draw.

Many of the Apaches are armed with Winchester Model 1892 repeating rifles. Troopers Boone, Tyree and Yorke are armed with them when they sneak into the Indian village. 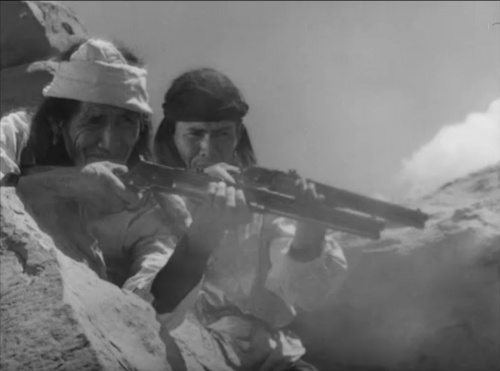 The one on the left with a Winchester Model 1892. This is reused footage from Fort Apache. 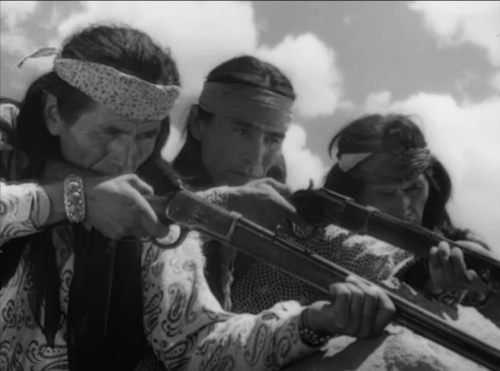 The one on the left with a Winchester Model 1892. This is also reused footage from Fort Apache. 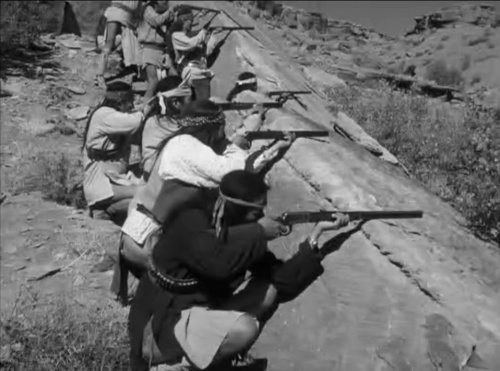 This is also reused footage from Fort Apache 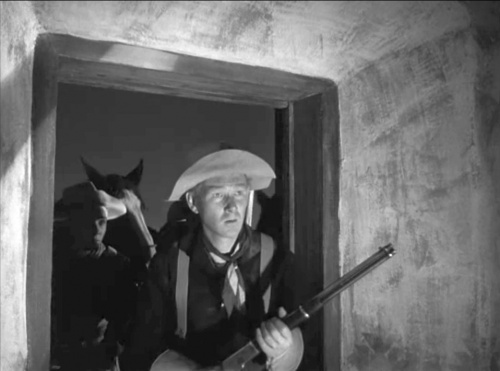 Trooper Boone with his Winchester Model 1892. 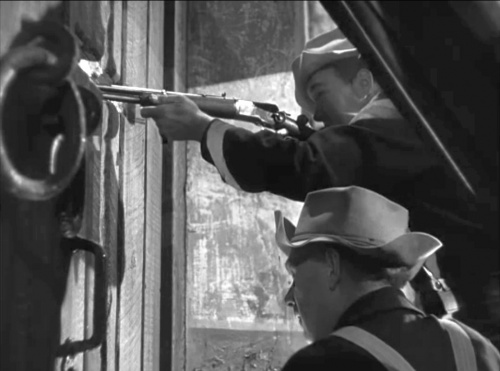 Troopers Boone and Tyree firing upon the advancing Apache while Trooper Yorke reloads behind them.

The one on the right with a Winchester Model 1873. This is reused footage from Fort Apache.

The one on the right with a Winchester Model 1873. This is reused footage from Fort Apache. 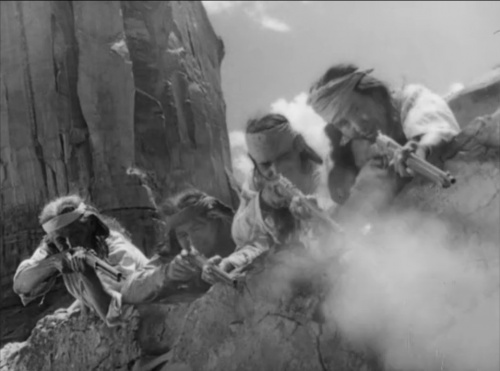 One of the deputy marshals (uncredited) is armed with a Double Barreled Shotgun. 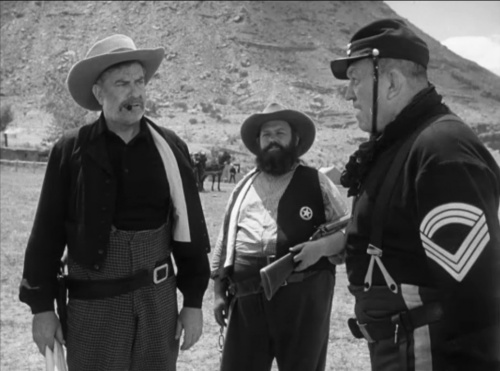 A small brass cannon is seen at the fort. It is fired once during the Apache sneak attack. 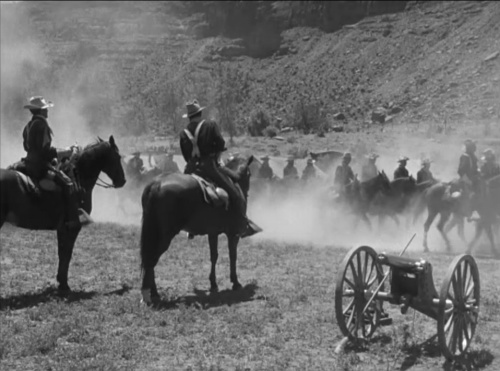 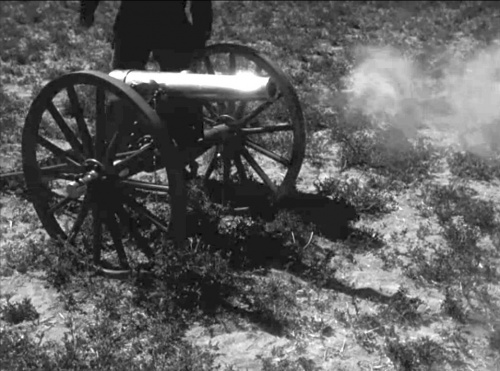