Rifleman of the Voroshilov Regiment, The

The Rifleman of the Voroshilov Regiment (Russian Title: Voroshilovskiy strelok/Ворошиловский стрелок) is a 1999 Russian drama directed by Stanislav Govorukhin and based on the novel Woman on Wednesdays by Viktor Pronin. Every Wednesday, three thugs arrange to have fun heavy with alcohol and sex. They name Wednesday as "Women's Day". One Wednesday, they rape a young girl named Katya. These men didn't fear punishment nor retribution due to one of their fathers being a high ranking boss in the Police Department. The raped girls' grandfather, decides to take justice into his own hands.

Note: the release title of the film in English features an incorrect translation. "Voroshilov's Sharpshooter", or "Marksman" was a badge and a set of qualifications for civilian and military sharpshooters. It was established and popularised by Defense comissar Klim Voroshilov, along with the widely told anecdote: in it, an officer complained of the stiff trigger of the service Nagant revolver; Voroshilov proceeded to shame him, firing off a perfect group from the same revolver off-hand, and saying something like "There are no bad guns, there are bad shooters". The badge was established in 1932 as a part of OSOAVIAKhIM patriotic sports organisation, which promoted sharpshooting, driving, parachuting etc. The badge ultimately had 2 tiers and a junior tier, and was awarded to about 6-9 million bearers, until it was stopped from issuing before the war, in 1939-1941.

In common Russian parlance, this badge became synonymous with sharpshooting. Its name was, and still is, used jokingly as an equivalent to "crack shot". The plot of the film revolves around an old geezer, a "relic" of the days past (hence the name of the movie), who decides to play out a revenge fantasy against corrupted youths. An ironic nickname, fitting for a "grandpa with a rifle", gradually becomes as fearsome as it may have been 60 years before.

In conclusion, there isn't a widely known "Voroshilov's Regiment". There was a Cossack regiment named after Voroshilov, that was renamed before the WWII, and a heavy artillery regiment that still exists. No riflemen regiments with this name exist.

The following weapons are featured in the film The Rifleman of the Voroshilov Regiment:

All militia officers can be seen armed with Makarov PM. 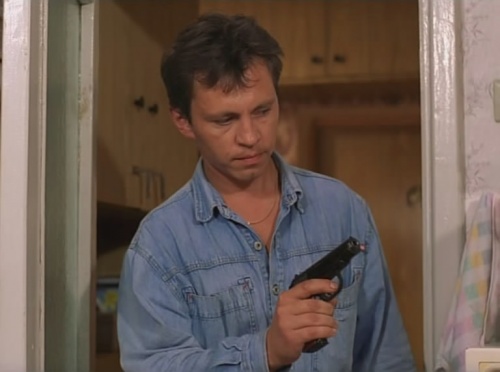 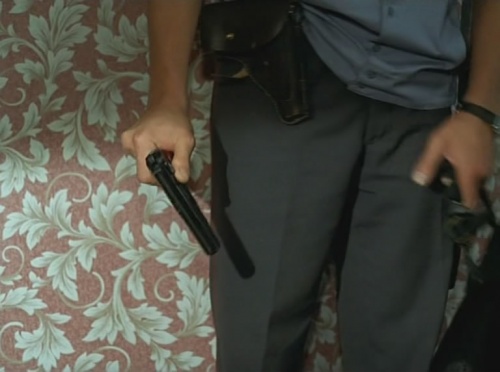 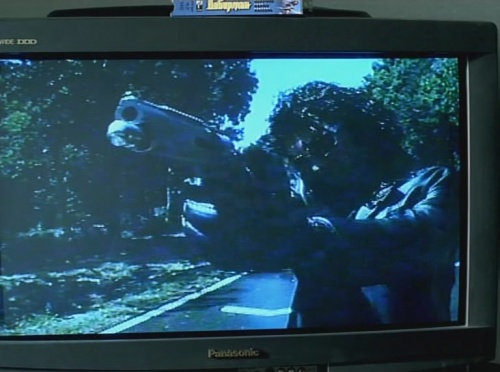 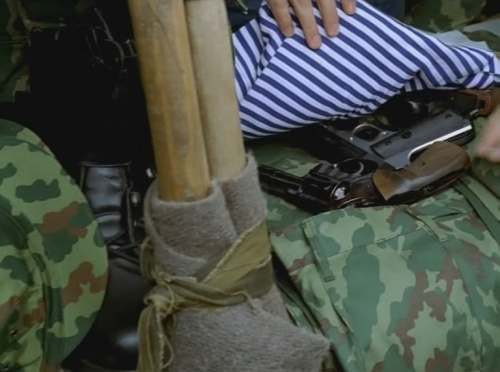 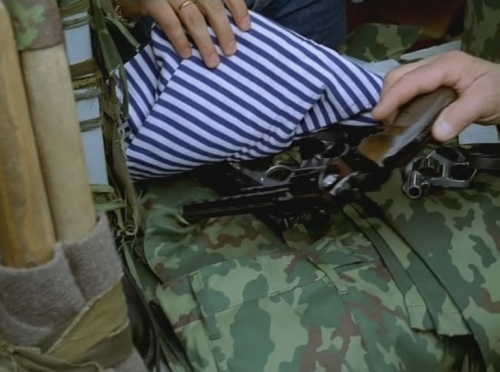 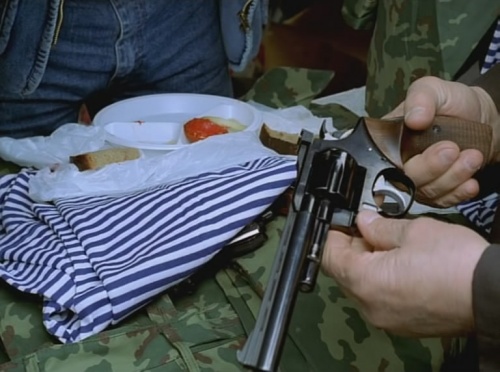 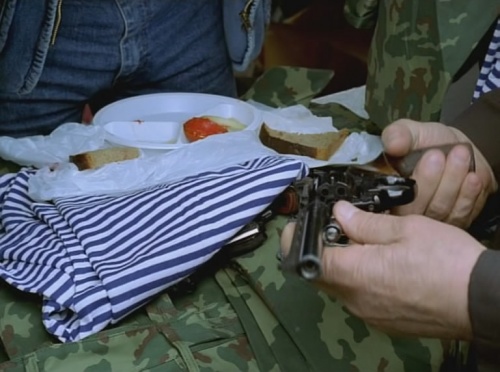 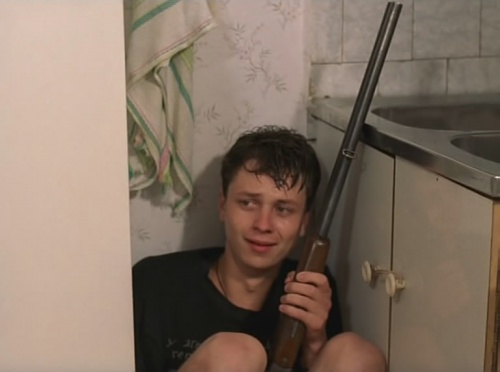 Some militiamen can be seen armed with AKMS. 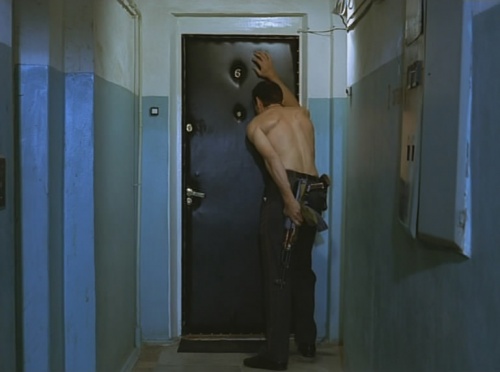 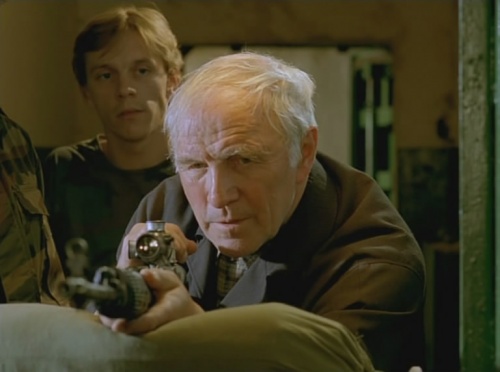 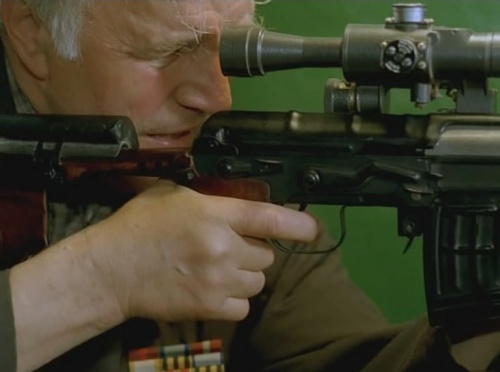 Close up of the SVD. Same episode. 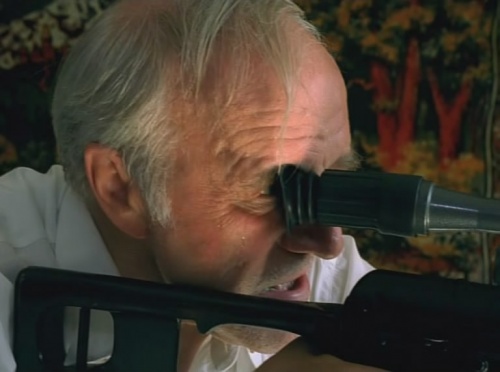 Another episode. Note the minor differences between these SVD rifles 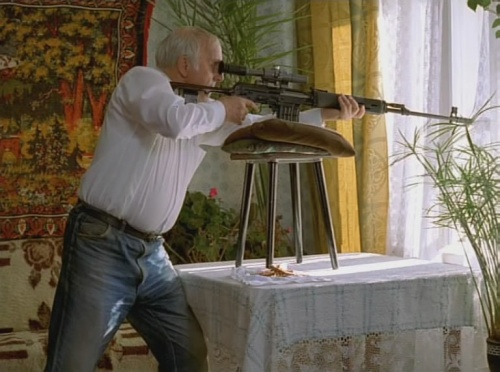 Ivan Fyodorovich prepares to shoot one of the offenders 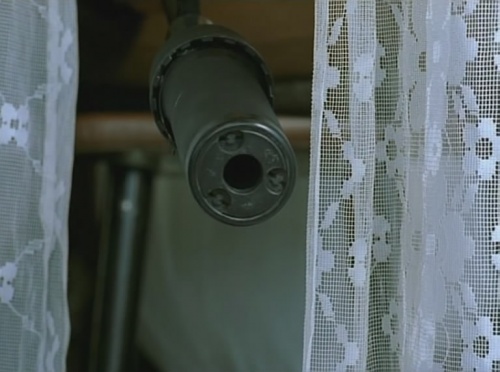 Close up of the sound suppressor 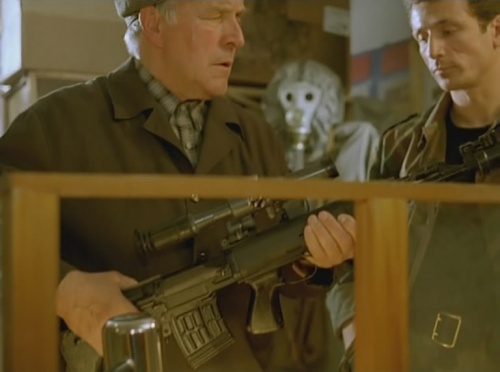 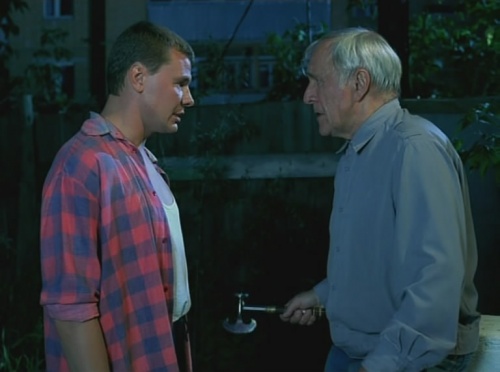 Ivan Fyodorovich holds the kitchen hatchet. At first he wanted to take a revenge with the help of this "weapon"
Retrieved from "http://www.imfdb.org/index.php?title=Rifleman_of_the_Voroshilov_Regiment,_The&oldid=880203"
Categories: