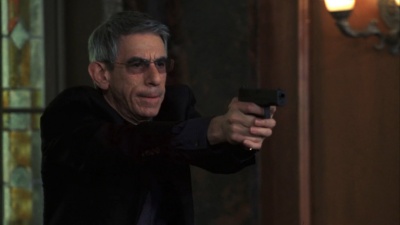 Richard Belzer is an actor/comedian who holds the record for appearing in the most television series as the same character. He originated the role of Detective John Munch in the series Homicide: Life on the Street, and would subsequently appear as the character in 14 seasons of Law & Order: Special Victims Unit. He appeared as Munch in a total of ten television series including the original Law & Order, Law & Order: Trial by Jury, The X-Files, The Beat, Arrested Development and The Wire, as well as 30 Rock (although in that particular series he was portraying himself portraying the SVU character).